Under pressure from a new wave of cannabis dispensaries, Victoria City council will decide Thursday whether to shut them down, regulate them or simply do nothing and hope the situation will somehow take care of itself.  Last Tuesday in Vancouver, city council voted in favour of opening a public hearing into a new licensing scheme in an attempt to deal with the over 80 dispensaries that suddenly appeared all over.  The federal government reacted quickly to Vancouver’s move towards regulating dispensaries, saying these illegal storefronts normalize cannabis and give youth the wrong message.  Conservatives will likely express similar outrage at Victoria for considering such an option..

In a report to the Governance and Priorities Committee, director of Legislative and Regulatory Services Rob Woodland outlines the three options for council, though some details appear to be left out.  In particular, the assessment of the impacts of raiding all of these organizations is very lacking, as this would cause a huge public backlash and cost the government a great deal in police and legal costs.  When describing the history of Victoria city council and medical cannabis, Woodland forgot to mention a letter written to Health Canada in 2006 in which they state “…adequate production and distribution channels do not appear to be in place.”

Neither the old Medical Marijuana Access Regulations nor the new Marijuana for Medical Purposes Regulations allow for the legal sale of cannabis in a storefront operation.  Under the MMPR only mail order is legal.  Neither program allows patients to use cannabis derivatives, but that has been taken to the Supreme Court of Canada by the VCBC after its baker, Owen Smith, was arrested in 2009.  A decision in that case is expected this summer.

Complaints to police and bylaw have generated so many problems for city staff that the status quo does not seem acceptable.  While police and bylaw officers have shown considerable restraint by allowing a handful or organizations like the Victoria Cannabis Buyers Club to operate for years, the almost overnight explosion of clubs in B.C. is forcing a showdown between the federal government and municipalities.

If the council moves forward with regulations there are several areas they will focus on.  Regulations will outline specific details on signage, security measures, record keeping, hours of operation, nuisance control requirements and keeping youth from the building.  A sizable business license fee similar to the $30,000 charge Vancouver is considering is also expected.  Other possible limitations include distance to schools, community centers and each other, stricter rules on edible products and criminal record checks, which have been included in the proposed Vancouver regulations.

Clubs are expected to work together with the Canadian Association of Medical Cannabis Dispensaries, a group formed a few years ago anticipating this evolution of policy.  Meetings of CAMCD have already been held in Vancouver with more expected in Victoria and other regions with multiple clubs.  Though these clubs have not traditionally worked together it has become clear to everyone working in this emerging industry that we must work together as much as possible to achieve the best results for patients.

In response to these recent activities, Sensible BC is directing concerned citizens to contact Rona Ambrose, Minister Responsible for Health Canada, during the week of May 11-15.  Patients from across the country are expected to blast the federal government for trying to close these valuable community resources.  Other actions intended to support the existence of storefront operations are expected soon, as this is certain to be an issue in the coming fall federal election. 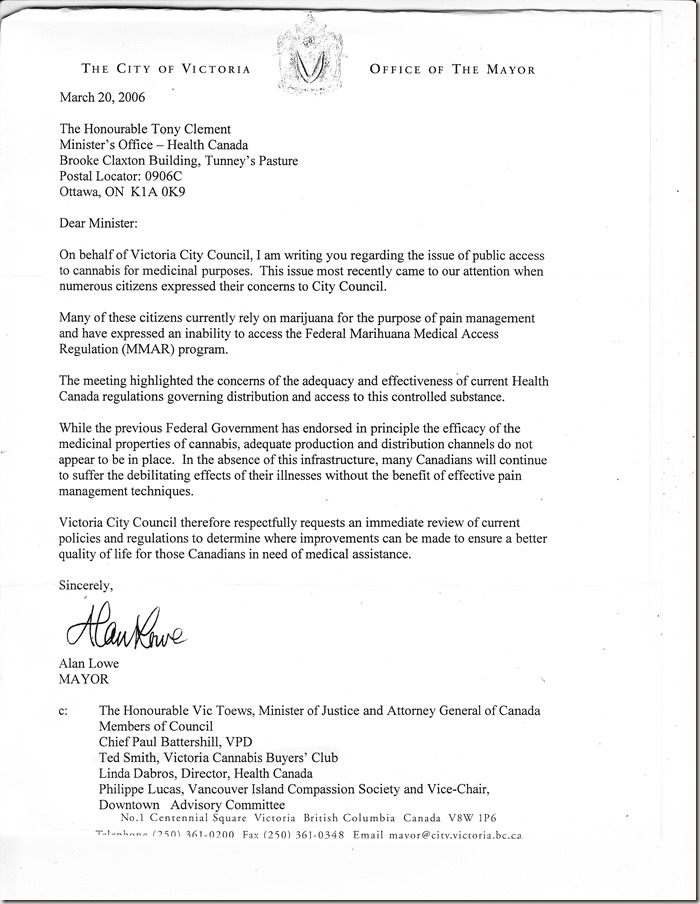 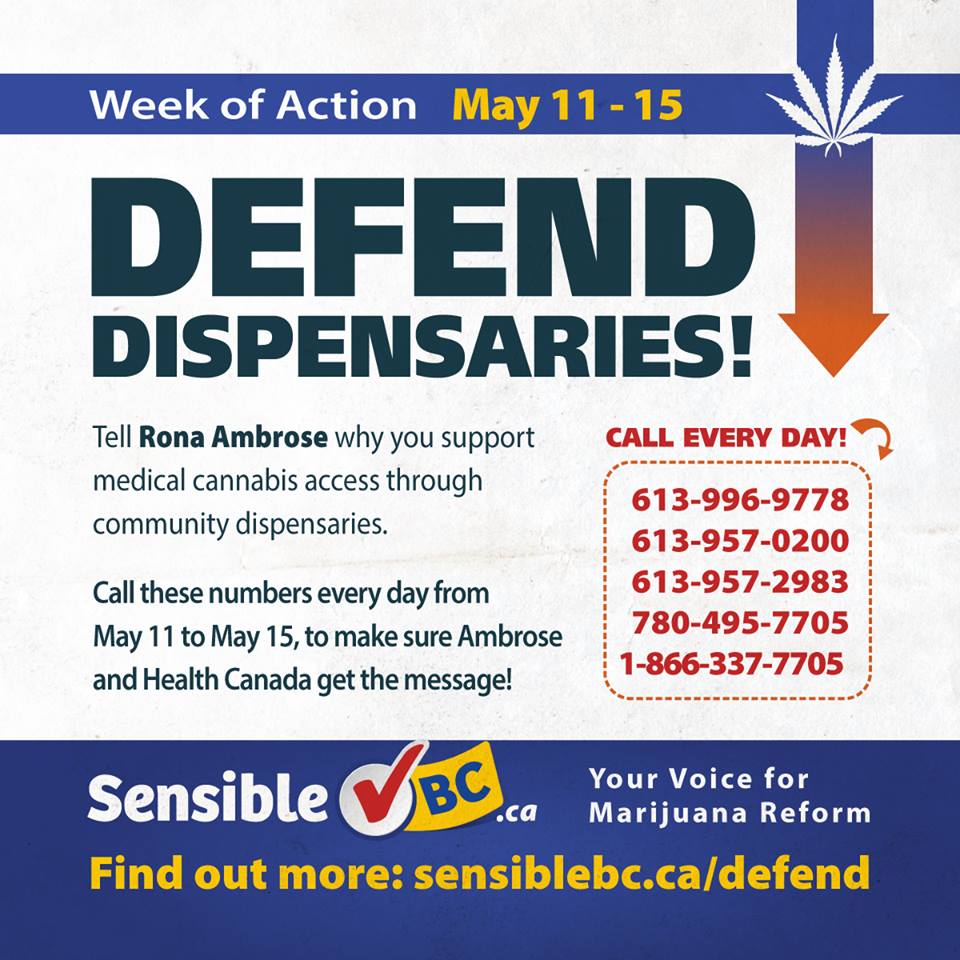