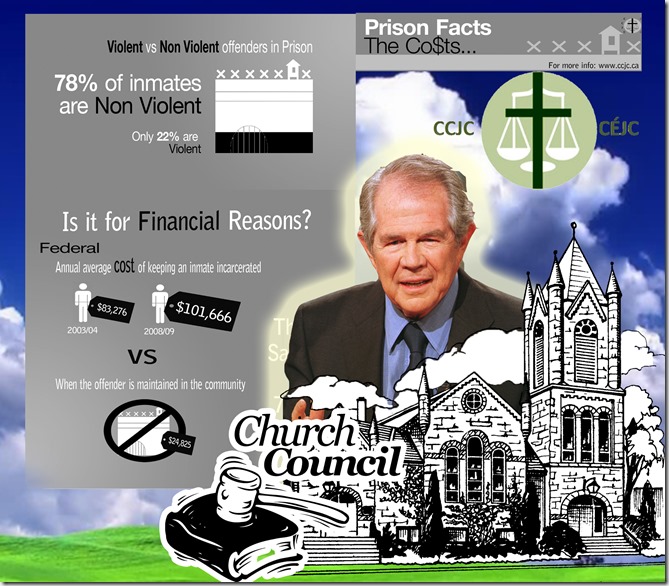 Cannabis and I did not cross paths, in any real way, until I was in my mid-twenties. Like a child who had just discovered the truth about Santa Clause, I had to compare notes with my peers despite the taboo. As a former Bible College student and active church member most of my peers were now serving missions, leading churches, and working in various other positions of service. I rushed rambunctiously forward to share my new-found knowledge about cannabis, its benefits, and the lies that we were told about it. Naively, I assumed that my peers, often life friends who had stuck by me through thick and thin, would be as fascinated with my journey down that rabbit hole as I was. It was a quest for truth—something we often spoke and sang passionately about from the pulpits and pews.

I was not wholly prepared for what happened next. Choosing first to speak to those I was closest to, I encountered a surprising amount of aggression on the subject. The wall of resistance was instantly in place. People I had been friends with since childhood distanced themselves from me while my best friends, outright laid the ultimatum that I be quiet about cannabis, or they could no longer be my friend.

It was a crushing crisis of faith. I saw firsthand the blessing that cannabis was for my family. Seeing my children’s father return to us through the haze of pharmaceutical pain and antidepressant prescriptions because of cannabis. I could not believe that a good God would endorse such ignorance and blind faith in law-makers. I sought answers. Why would God create such a wonderful blessing yet people I considered to be highly moral and godly people be so clearly hostile to the mere thought that cannabis was not the evil that we were all led to believe it was.

I emailed my pastor, a man who had guided my spiritual birth and growth for most of my life. For months we exchanged emails. These emails, eventually led my pastor to preach one Sunday on the subject of Marijuana, and how the churches needed to embrace medical users. I was surprised to hear that the congregation, in a small southern Albertan community, responded well to what he had to say. In fact, I was told, the congregation was supportive of the message, and the pastor was thanked for his words by many who heard them.

Another church leader, Pat Robertson, founder of the Christian Coalition and host of the 700 club and other Christian programming, first spoke out about drug law in Dec. of 2010. His comments preceded a story about drug law reformers running a prison outreach program.

“We’re locking up people that have taken a couple puffs of marijuana and next thing you know they’ve got 10 years with mandatory sentences,” Robertson said. “These judges just throw up their hands and say nothing we can do with these mandatory sentences. We’ve got to take a look at what we’re considering crimes and that’s one of ‘em.”

Following his comments, a spokesman for the Christian Broadcast Network (CBN) contacted varies news sources that reported the story softening what the founder of the Christian Coalition had said. The spokesman told Raw Story that he “did not call for the decriminalization of marijuana.”

“He was advocating that our government revisit the severity of the existing laws because mandatory drug sentences do harm too many young people who go to prison and come out as hardened criminals,” CBN spokesman Chris Roslan wrote.

Robertson didn’t stop there. Again Robertson spoke out. This time there was no mistaking what he was calling for. In an interview with the New York Times Robertson reaffirmed his position clearly. “I really believe we should treat marijuana the way we treat beverage alcohol, I’ve never used marijuana and I don’t intend to, but it’s just one of those things that I think: this war on drugs just hasn’t succeeded.” 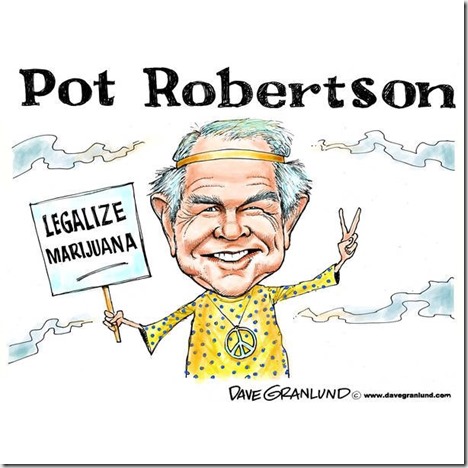 Mr. Robertson’s remarks were hailed by pro-legalization groups, who called them a potentially important endorsement in their efforts to roll back marijuana penalties and prohibitions, which residents of Colorado and Washington will vote on this fall.

Here in Canada, we have also received the support from religious organizations. An organization that represents 11 of the largest Christian denominations in Canada hit the headlines in 2011 when it told the federal Conservative government they don’t want to pay for its prison-building agenda.

The Church Council on Justice and Corrections wrote a strongly worded letter to Prime Minister Stephen Harper criticizing legislation that the group expects to dramatically increase the number of convicts and cost a fortune.

The Church Council on Justice and Corrections is a 39-year-old organization, which consists of representatives of the Canadian Conference of Catholic Bishops, the Anglican Church of Canada, the United Church of Canada, the Salvation Army, the Christian Reformed Churches, and the Mennonite Central Committee. 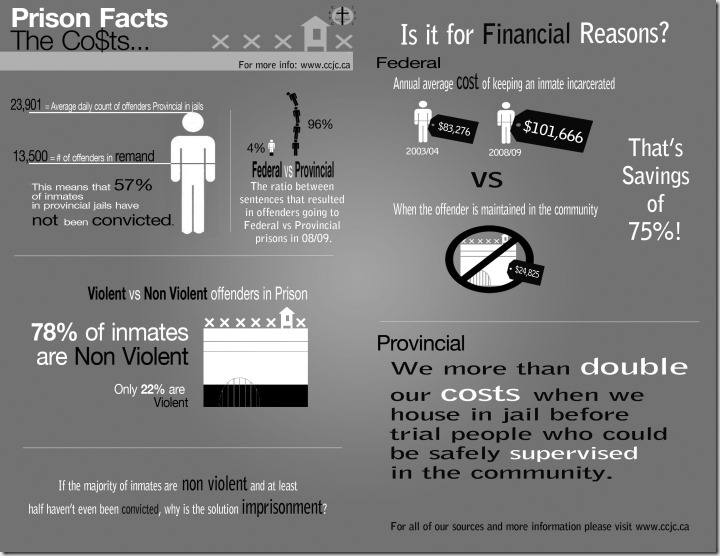 Although they are not calling for legalization as Pat Robertson did, recognizing the harm of mandatory sentences certainly is a first step, indicating that the churches in Canada are waking up to the harms of prohibition.

In my quest to find local churches calling for legalization, I came across a retired Unitarian Minister J.Mcree (Mac) Elrod who, with the help of his son Matt, had brought this question to the Unitarian congregations in Canada. In 2002, they presented a social responsibility resolution and the members of the congregations across Canada, who studied it for a year before the church adopted the measure, in 2003.

As part of the study, they held a panel discussion in Victoria with experts speaking on the issue, including Libby Davies, Dr. David Hadorn, and Barry Bayerstein, PhD. The discussion was recorded, and a tape sent to all the Unitarian congregations across Canada to watch, and learn from.

The resolution they adopted recognized that addiction was not a criminal issue, rather a health issue, and that the current laws were counter productive to healing, and helping these individuals with their addictions. The resolution supported harm reduction measures for all drugs.

With all of these presumably religious individuals and organizations coming forward, in one way or another, to support the message that jailing individuals for their use of Cannabis is wrong, I had to reflect back on my own experiences when I first “came out” to my religious peers regarding cannabis use.

Certainly it is no longer a lost cause to try and enlighten religious individuals to this social justice issue, but how is the best way to approach these types of people. As with anyone, having respect for their beliefs is essential if you are hoping to bring them onside. Mocking their belief in God, or other aspects of their faith, obviously will do little to gain their respect, or their attention. It is important to give such individuals the space and support they need to change their mind. In my own case, as a rogue truth finder, there was little support for my own change in perspective, other than my partner, and eventually my Pastor.

My mind didn’t change over night. In fact, it was a succession of small truths and time that finally led to the complete reversal of my ideology around cannabis. It is important to not try to jam the whole truth into one conversation as I did with my friends early on. Start with small, basic facts that are indisputable. 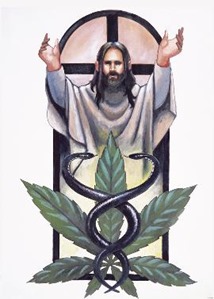 Small simple truths, like for example, that marijuana/cannabis was actually a plant played a huge role in my “conversion.” Plants were given to us by God, for our use. It is sound scriptural deduction then, that God also gave the people cannabis. However, I do not recommend trying to argue a religious person into reason, by using scripture. That is their domain. Better to simply suggest that cannabis is also a creation of God and let them search out the scripture to prove you wrong.

It should be a lot easier to reach the religious in today’s climate, than it was 10 years ago when I first began approaching my friends, family, and peers on this issue. With the cracks finally appearing within the church communities, it also gives us brilliant examples to point to when discussing the issue with them.

This, above all else, is an issue of compassion, and it should be framed as such. It is no more just to throw someone in jail for using cannabis, than it would be for using tobacco. If we truly believe that people are addicted to drugs, jail is no more appropriate place for such individuals than those with diabetes or cancer, as it is an illness. Further, cannabis helps with all kinds of health issues, especially pain and for those who are receiving treatments for cancer. It is not compassionate to restrict and prevent people from using natural medicines, especially in light of the side effects of pharmaceutical drugs. People of faith understand compassion, and also deserve that same compassion when you are approaching them on these issues. They have, after all, like everyone else, been lied to.

Papa Puff·March 8, 2020
There are no comments yet No comments

Welcome to our Blogs, and a New Canadian Order