Deprecated: The $control_id argument is deprecated since version 3.5.0! in /home/oq5ayjaeetjt/public_html/wp-content/plugins/elementor/modules/dev-tools/deprecation.php on line 304
 Timeline 01 - Cannabis Digest
Skip to content 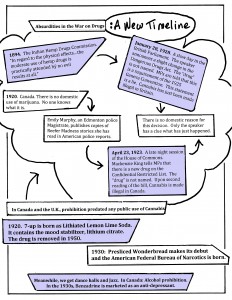 It has been just over 6 months since the BC Court of Appeal heard arguments in the Owen Smith cannabis derivatives case.  The stakes are high on both sides, and the results of this decision could be far broader than anyone realized.  In fact, this case make make it virtually impossible for the federal […]

Libby Davies came to Vancouver in 1969 after immigrating to Canada with her family in 1968. She was involved in grassroots community organizations from that time on in Vancouver, with a focus on the Downtown Eastside—she dropped out of university in 1973 to help found the Downtown Eastside Residents Association (DERA) with Bruce Erik- sen, […]