People that do not even smoke cannabis know that BC has some of the best herb in the world.   For decades cannabis farmers have illegally used first hidden valleys, and then basement hydroponic setups to produce volumes of high grade herb.  But with legalization on the cusp those days are soon coming to an end.  Or are they?

At this stage the Province of British Columbia has a unique opportunity to create a flourishing cannabis industry.   But it could go very sour.  There is a lot of concern that Licensed Producers under the Marijuana for Medical Purposes Regulations will be the only legal growers under the new rules, and that government owned stores may be the only legal places to purchase cannabis products.  If the cannabis community wants to have any hope of influencing the government’s direction; if we want to move away from models that benefit large corporations, and towards regulations that encourage a robust craft industry, then we need to start doing more than holding 420 rallies and opening dispensaries.

Recently I had tea with a few friends working in the provincial government.  From that conversation it became clear to me that the cannabis culture that has lead the movement is not well prepared for the massive changes that are under way.  As the government moves to legalize, new waves of entrepreneurs and investors are applying mounting pressure on politicians and bureaucrats to create laws that would tightly restrict who can grow and sell the herb.  If the activists that fought so hard for legalization want a reasonable set of regulations, they need to make a sincere effort to make sure legalization allows formerly illegal operators to become part of the new scheme.  Excluding those who have been working in the cannabis field for decades will bring massive problems.

The province cannot do much yet to prepare for implementing legalization.  It must wait until the federal government’s task force, announced on the last day of June, completes its work in the fall.  That task force is comprised mostly of law enforcement, doctors and lawyers, with the exception of outspoken anti-prohibitionist Dr Susan Boyd.  Of course the federal government will not be bound to accept everything this panel suggests when it introduces legislation to legalize in the spring of 2017.  Still, the recommendations will be highly persuasive.

“The Minister of Justice and Attorney General of Canada, supported by the Minister of Public Safety and Emergency Preparedness and the Minister of Health, has created a Task Force on Marijuana Legalization and Regulation (“the Task Force”). The Task Force is mandated to engage with provincial , territorial and municipal governments, Indigenous governments and representative organizations, youth, and experts in relevant fields, including but not limited to: public health, substance abuse, criminal justice, law enforcement, economics, and industry and those groups with expertise in production, distribution and sales. The Task Force will provide advice on the design of a new framework. The Task Force will receive submissions from interested parties, including individual Canadians, consult widely, listen and learn, and commission any necessary focussed research to support its work. It is supported by a federal secretariat and will report back to the three Ministers on behalf of the Government in November 2016, on a date to be determined by the Ministers.” 1. (LINK) 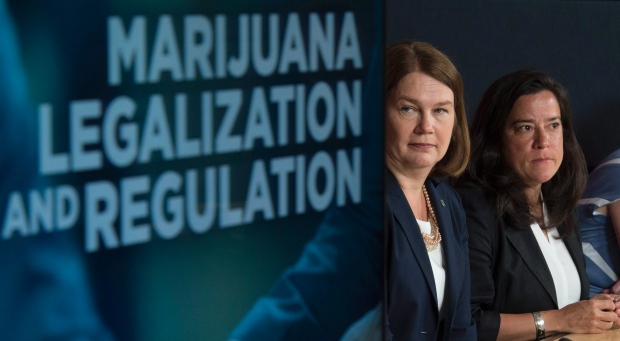 The government website fails to mention that the company she now works for, Bennett Jones, has been hired by several LPs, clearly putting her in a conflict of interest. Hopefully the rest of the task force will have a more open mind about the subject and be willing to take the time to listen to everyone who wishes to provide input into the process.

The public has been given until Aug 29 to make written submissions to cannabis@canada.ca.

There is also surveys about different components of legalization at

A concerted effort needs to be made by the entire cannabis community to educate this task force about the wide range of benefits a robust industry will provide and that any attempt to tightly control the sale of cannabis will result in high prices and a flourishing black market.  It is not clear if there will be any public hearings.  Let us make our voices count, if we can.

There are several areas in which this task force needs to provide clear guidance.  An example is the issue of driving after smoking or eating cannabis.  Indeed, some of the most important decisions will be made by the provinces.  However, since no province but BC has a large existing industry ready to supply the recreational market, it appears likely that most other provinces will depend on LPs to supply government operated stores.  The only province with a realistic chance of creating a system that includes and encourages a craft cannabis industry is BC.

One of the reasons that a BC industry appears feasible is the proliferation and licensing of dispensaries in most major cities in the province.  Though a few areas have resisted storefront operations, the cities of Vancouver, Victoria, Nanaimo, and others are creating bylaws to allow the sale of cannabis, connecting many cannabis organizations more closely to their communities.   While this helps dispensaries to get a foot in the door, it does not ensure that they will be included in the province’s upcoming legal scheme.  For this reason the clubs need to work harder than ever.

Dispensaries face a huge challenge if they are to exist in their current form.  Medical cannabis is likely to be strictly controlled by the MMPR, even in provinces that allow the sale of small scale producers outside of the MMPR.  And LPs will eventually be able to sell their products in storefronts of some type.  Traditional compassion clubs will either have to desert their mom and pop growers for an LP, or merge into the recreational market, if possible.

There is an important job, however, that the province can begin to tackle right now.  It can start thinking about educating the public about the various uses of cannabis.  While drug education is generally a federal matter, there is no doubt the public school system needs to prepare to teach kids about cannabis and how to use it properly.  Unfortunately we can expect a new wave of propaganda about the harms of cannabis on the youth, with a focus on the dangers of consuming cannabis before being fully mature.

If the federal government is serious about removing so-called organized crime from the cannabis industry, it would be best off creating low barriers for people trying to enter the market.  By allowing everyone interested in selling cannabis to get a license, the government will give the market the power to set the prices based upon supply and demand.  Giving opportunities for ordinary citizens to enter into the industry will push gangs out of the cannabis scene, and make room for good jobs with medical benefits.

Organized crime will only stop its involvement in the cannabis industry if the price drops 75-80%.  Such a drop will only happen in a lightly regulated market.  If the prices of cannabis for consumers remains even close to where they exist now, there will be a lot of incentive for those without licenses to continue growing and selling cannabis illegally.  When consumers are paying $2 or $3 per gram very few gangs will bother to keep working in the cannabis field.  They will be forced to become legitimate business people, or to focus on other revenue sources.

Creating a strict regime to control the sale of cannabis will backfire on the Liberals.  If the task force is a hollow show; if it is meant to give everyone the impression they listened to the public before they recommend no one but LPs can produce cannabis, then we will continue to see patients suffer, dispensaries raided, corporations take over, and organized crime make a lot of money.  What we really want to see is real dialogue, real cooperation.  What we fear is more struggle, disappointment and lost opportunity.

The federal government should be listening to the experience of those that know the most about this plant and its culture.  Instead it is treating those working in the cannabis community like criminals until the very last minute.  Is it planning to hand over control to large companies?  It will be a shame to see the government create such tough new regulations that many of us continue to operate outside of the law, consuming vast and valuable legal resources, while minimizing the benefits cannabis has to offer.  Many of us are making great efforts to inform the government about this plant, and we want nothing more than to help draft reasonable laws that ensure a bright future for government, industry, consumers and the general public.