Deprecated: The $control_id argument is deprecated since version 3.5.0! in /home/oq5ayjaeetjt/public_html/wp-content/plugins/elementor/modules/dev-tools/deprecation.php on line 304
 Building Strength in Cannabis Activism - Cannabis Digest
Skip to content

It is easy for activist movements to fracture along lines of race, gender, class, or culture, and equally easy for them to remain strangers to the mainstream social and economic environments that surround them.  It is thus useful, occasionally, and especially on the eve of a federal election in Canada, to consider the elements that promote internal strength and stability.  It is certain that whatever federal party Canadians elect—and the outcome is wildly unpredictable—the momentum for legalizing cannabis must not to be allowed to slacken.  With these ideas in mind, here are a few matters to consider.

Imagine this scene.  I am the mother of teen-age daughters, I am trying to educate them on cannabis, and I want to be intelligent about it.  I have never been part of a counterculture: I get my information from the news: TV, radio, pulp and online newspapers, magazines; bookstores and public libraries; and Health Canada.  TV, radio, and the press quote ‘facts and figures’ provided by the RCMP; these do not look encouraging.  I go looking for a book.  Only one bookstore in my town carries anything on cannabis, and there I find only one text on the cannabis industry called Too High To Fail.  It’s intriguing, but doesn’t help with my problem.  The public libraries have even less.  I check out Health Canada, and read that cannabis puts youth at risk.  But I don’t want to depend entirely on the mainstream, so I try to recall any people I may have met that used cannabis.  I’ve seen a few youths downtown, and have occasionally caught a whiff.  It all seems alien.  Then I remember having seen cannabis glossies at the local convenience store, and go to check them out.  They are pro-cannabis, and might tell me something about the culture.  But I can’t help being struck by the ads showing hyper-sexualized young women, a feature that I find surprising and off-putting.  Feeling now that I have done my best, I tell my daughters that, so far as I can see, cannabis and the culture associated with it are not healthy choices.  End of Scene.  Is this mother guilty of indoctrinating her kids? 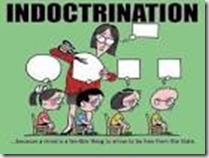 The scene, I admit, is a bit contrived.  In 2013, Maclean’s Magazine promoted legalization.  This past year, Time and National Geographic provided reasonable coverage.  But their stretch on the stands amounted to two or three months.  Sadly, there is much out there on a regular, daily basis to freak folk out.  If we must have pro-cannabis magazines that are essentially men’s magazines, and ads designed for particular sensibilities, then there have to be counterbalances.  If counterbalancing magazines are not commercially viable, then someone needs to subsidize them.  I must add that yesterday, my local Mac’s carried a glossy called Cannabis Now.  I have not looked into how it is financed, but its ads are stunningly free from sexual messages.  I also have no clue if I’ll ever see it there again.  I bought it, and plan to share it with some friends who know little of cannabis culture; I would not be comfortable sharing the alternatives.  I am not convinced that women activists are so crazy about them either.  Media images become part of our inner landscape; the more longstanding they are, the more power they have.  We need choices; at the moment, there seem to be too few; and that fact is divisive.  We could do with some alternative guiding principles.

Back in 1971, I was living in Vancouver BC, and like other politically engaged young people, I helped to form a food co-op.  In those days, one could find no better fresh produce than that on offer at the markets in Vancouver’s vibrant Chinatown.  But for reasons I cannot explain, our co-op, and all of the associated co-ops, ordered their food from some anonymous wholesaler.  It was trucked in to a central depot, from which participants gathered up their orders.  It never occurred to us to build a liaison with local producers, even those whose products we admired.  It was a missed opportunity, and stands out in memory as a weakness of the 60s and 70s counterculture.  We had a blind spot.  Imagine where we might be vis-à-vis the Chinese community today had we started then to build bridges to Chinese food businesses, or herbal businesses?  The dreaded Harper might have been less comfortable launching his BC campaign in Richmond, home to our largest Asian community.

Today it is sometimes opined that cannabis activism is the province of middle class white folks.  I’m not sure how true that is, but I’m not sure either that much effort has gone into reaching out to other communities.  It might be an idea, when we create conferences, conventions, and public forums, to look around, consider who is absent, and do some brainstorming on how to involve them in the future.  Can we invite religious leaders, native leaders, or leaders from other sub-cultures?  Can we find a way to widen our outlook?

3.  WHAT ABOUT SOCIAL MEMORY?

One day, cannabis will become legal in Canada, and we will begin the process of creating a regulatory environment.  New businesses will emerge, investors will come forward, and cannabis will join the line up of legal products.  What will happen then, to the war on drugs?  Will it fade from memory?  Should it be allowed to fade from memory?  If not, should there be education centres, visiting museum and art displays, or histories written for schools, for example?  Is it advisable to lobby for a way to compensate activists, or victims of the war on drugs?  If so, how would any of these things be funded?  By private donations?  By the industry on a voluntary basis?  By government via taxes?  By government through cultural grants?  Should Canadian activists go it alone, or consider helping to form some international body?  What kind of forum might work on these issues?

What about the rest of the war on drugs?  Should we consider helping to fund a campaign to legalize other substances?  It would seem wrong to stop at cannabis prohibition, as prohibition in general is such a destructive force.  It would be nice to see cannabis activists remain a guiding force in these matters.  And yes, I know that if cannabis is engulfed by the culture of large investors, the choices to do much of the above will be severely constrained.

4. PROHIBITION CAN BE THRILLING

Many are the folks that have tried to educate federal governments in Canada and elsewhere on these simple points: prohibition fails to prohibit, causes widespread misery, and costs a fortune.  But this project is often doomed, as ardent prohibitionists are not concerned with contradiction and other logical issues.  Rather, they are hooked on watching law enforcement officers behave unjustly to people they don’t like, all the while remaining beyond reproach.  To see someone act unjustly and still be thought a hero is a powerful experience, one has to admit.  To this end we have municipalities and police departments hooked on civil forfeiture money, law enforcers boosting their status with easy arrests, the prison business, and other atrocities.  For that lot, the worst of them, education entirely misses its mark.

It is to be hoped, though, that we are not primarily a nation of gladiators, and that the cannabis movement can act as a living alternative.  To do so its members must focus on strengthening internal bonds, and on building as many as possible with external groups.  Or we can allow economic forces to shape our future, and leave it at that.  But since those forces are creating an ever-widening circle of poverty and environmental degradation, this is a decision that should be made consciously, and not accidentally.

Cannabis activists belong to the ranks of the chronically hopeful.  They see evil, but to imagine it as permanent and irremediable seems like an insult to something or someone, the cosmos, maybe.  Today, after enduring 78 days of agonizing campaign boredom, the northern North American contingent will have voted in a federal election using a first past the post system.  That’s hope.  And some will see it as comedy.  At the end of the day, however it turns out, let’s set off to widen the cannabis circle.  It could be bigger.

The Top 4 Reasons Mary Jane Is My Best Friend

(image Nick Shakespeare: Deviant Art) By Calli Walton Cannabis is many things to many people. To some, the recreational equivalent of a cold beer on a hot day. To others, a lifesaving necessity. And everything to everyone in between. As this is my first submission with Cannabis Digest, I’ve spent quite some time pondering what […]