Deprecated: The $control_id argument is deprecated since version 3.5.0! in /home/oq5ayjaeetjt/public_html/wp-content/plugins/elementor/modules/dev-tools/deprecation.php on line 304
 Cannabis Wellness Reconsidered - Cannabis Digest
Skip to content

Wouldn’t it be amazing, if the very plant which has been demonized, vilified, and the focus of a veritable vegetative genocide on the part of the nations of the world, turns out to be the very best thing at helping to raise the “wellness” of our global village?

Such may prove to be the case.

Consider the nature of competition and cooperation, two conflicting and yet complementary models for success, and both in which I believe homo sapiens excel. The former is based on a hierarchical model (i.e. top dog), while the latter seeks communal (i.e. tribe, clan, nation, social networks, etc) success. They appear as complete opposites and yet both are deeply embedded into every facet of our lives. We compete with virtually every other species and with each other in a myriad of ways, from sports, to commerce, to personal values and appearances. Yet, we are also capable of sophisticated levels of cooperation to achieve collective objectives, as evidenced by our societies and civilizations. I believe that a mark of a healthy culture is one which maintains an appropriate balance between these seemingly opposing forces.

What does this have to do with cannabis? 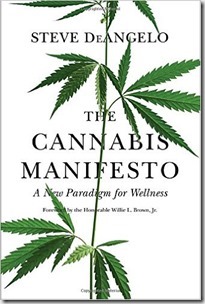 Recently, I had the pleasure of reading Steve DeAngelo’s “Cannabis Manifesto”, a fascinating book that I recommend to all, especially those who may be opposed to or are sitting on the fence with regards to the topic. One of the things he writes about is his opposition to the terms “medical” and “recreational” when describing how people use cannabis, preferring instead “wellness” and “misuse”. This struck a resonant chord in me. It acknowledges the potential for abuse, but also suggests how cannabis may be used in a socially responsible manner and contributes to one’s overall well being. In other words – perhaps there is more to getting stoned than getting stoned.

We are well aware of the many potential medical applications of cannabis, but wellness must cover more than the needs of the body. Could there also be psychological benefits achieved from cannabis consumption? By psychological I don’t mean sensory enhancements (taste, touch, scent, etc.) but rather inner mental processes governing our self-awareness, self-regulation, empathy, and social interactions. If cannabis can provide some sort of assistance in these areas then that would certainly appear to support DeAnegelo’s “wellness” concept.

I believe it can but before I describe how, please allow me a short digression.

I was sitting on a bench in the forest today in the Laurentian Mountains of Quebec. It was overcast, air calm, carrying an October chill.  My eyes contemplated the gold and orange leaves from the the maples and birches contrasting with the rich greens of the pine and spruce needles. It was getting on towards evening and except for the occasional soft twitter of a chickadee, I was cocooned in silence. I felt utterly relaxed and at peace in the stillness of that moment. 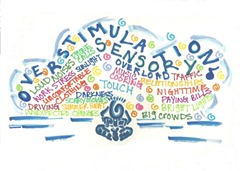 It occurred to me how many of our daily lives are filled with a great deal of movement and very little stillness. By movement I mean more than just moving our own bodies. It’s also about how we experience and process the world moving around us, as a constant high-bandwidth flow of images, sounds, scents, etc. In fact, not content with the normal pace of life, our society has developed a wide variety of artificial means (radio, television, youtube, etc) to substantially increase the amount of movement (both images and sound) we are exposed to every day.

This doesn’t surprise me. It is obvious that most of us love the whole idea of movement both physical and virtual. I might go so far to say that we appear to be addicted to movement. Why? Because it stimulates us, it excites us. At some basic level we find such stimulation very attractive. This is probably instinctual. Our individual and collective survival depends on our ability to move.

Such desires are all well and good some of the time but certainly not all the time. This is simple common sense; too much movement and stimulation without respite must tire the body and/or the spirit. The only time most of us rest is when we sleep, which for many is never long enough or sound enough. Mental stress, and physical illness seem an inevitable consequence of living in a perpetual state of constant stimulation.  In our modern world there rarely appears to be any time to relax. 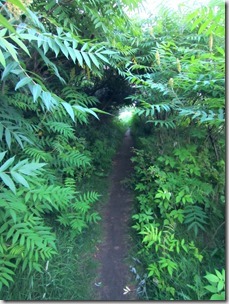 It is equally obvious that many of us yearn for stillness even when we feel unable to stop for a single moment. We find stillness to be calming, relaxing, sedating. We go to our places of worship, do yoga, meditate, take hikes in the forest, (and no, sitting in front of the TV doesn’t count as stillness. Just because you are not moving your body, the brain is still being stimulated by the moving images on the screen).

At this point, I return to thoughts about cannabis. As an analogy, consider the role of coffee in our society. Many claim that it aids them by giving them a boost of energy. In fact we know that caffeine can stimulate, thereby assisting someone in moving (or thinking) more quickly, which is often a good thing.  On the other hand cannabis can help people relax, and calm down. In other words – it helps individuals find their own moments of stillness.  While people speak of the energizing vs sedating qualities of cannabis, I take a different perspective. I believe that the psychoactive effects of cannabis  help create internal moments of stillness and through that we are afforded the opportunity to improve our emotional intelligence, developing a better understanding of ourselves and those around us.

While I could point to many examples of how this is accomplished, consider the concept of time dilation, a perceived slowing of time, and its typical association to the “stoner”.  By slowing our sense of time, we perceive the movement of the world also slowing down, and in this way, there is an opportunity to be mindful, in the moment. Perhaps this dilated sense of time allows the individual to relax, to find stillness, and therefore be more balanced against the constant bombardment of stimulation. Even the most energizing strain of cannabis still contains the same distortion of time, allowing the individual to experience this burst of energy while still feeling balanced.

As DeAngelo suggests, this type of psychoactive effect could be classified as assisting in someone’s overall wellness.

Segue: I know that, for some, the cannabis psychoactive experience is unpleasant. I would suggest that in the vast majority of cases this is because of taking too much of it, taking the wrong strain, or simply not being used to it.
….Which brings me back to where I started.

I began with the idea that finding the right balance between competition and cooperation is a mark of a healthy society. I would like to suggest that cannabis could play an important role in this process by fostering cooperation over competition. It can do this because cooperation works best when our competitive urges are reduced. And while some stoners may like to compete at video games, cannabis sedates the individual, making it highly unlikely that they will become aggressive. Quite the opposite; people seem to enjoy doing things together when they are under the influence of the noble herb. It seems to me that cannabis promotes cooperation over competition. If we feel that our society is too focused on competition, which at times it observably is, perhaps having more of the population using cannabis on a regular basis might lead to a more balanced society.

See more from Georgia on the Cannabis Digest www.facebook.com/CannaDigest www.georgiatoons.com On FB,Twitter,PIN: Georgia Toons Daily Blah Blah Blog and Cartoon! <>< Have Faith ☮♥ Georgiatoons shall own all intellectual property, including copyrights, models and drawings on all artwork created by Georgia Peschel. This artwork is protected by copyright law and may not be reproduced in […]