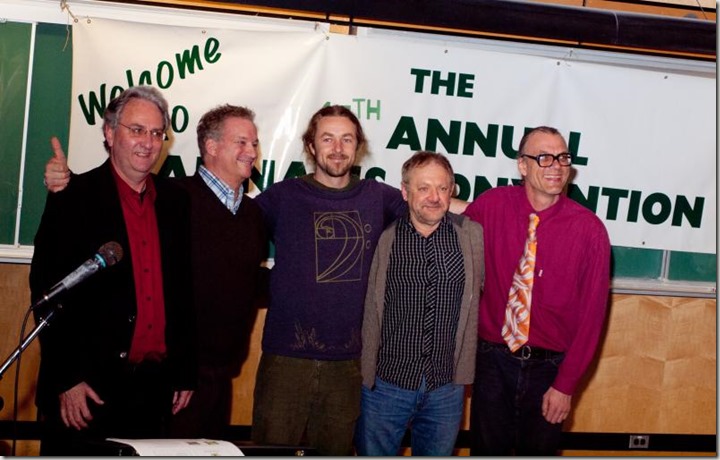 Dr. David Hepburn MD wants to help educate Canadian doctors about the potential uses of medical cannabis. Dr. Hepburn was a keynote speaker at the 15th annual cannabis convention held by the University of Victoria student society’ Hempology101 club. He describes himself as a conservative doctor: he’s never smoked or eaten cannabis. He learned about the value of herbal medicine while spending time on a remote island in the south pacific.

An award-winning syndicated newspaper columnist and author of “The Doctor is In(sane)” (2009), Dr. Dave has been co-host of “Buy-o-logic” on the Oprah Winfrey Network in addition to the popular syndicated radio program “Wisequacks”. His gift as a communicator makes him the ideal candidate for this difficult job. He is a member of the Canadian Consortium for the Investigation of Cannabinoids led by Dr. Mark Ware.

He has been invited to speak to physicians on Vancouver Island about the MMPR program. While admitting that the medical cannabis program is a work in progress, he encourages patients to pressure their doctor if they seek to use medical cannabis instead of a pharmaceutical. He recognizes that instead of a gateway drug, cannabis is more like an exit drug for many patients, as it helps them reduce their dependence on pharmaceuticals.

Dr. Hepburn believes it is a shame when patients know more than doctors and has himself received numerous books and articles from his patients who have sought to educate him about medical cannabis. The recent news series by CNN’s Dr. Sanjay Gupta has been inspired him to speak out. Sanjay Gupta publically admitted on CNN’s special WEED that:

“we have terribly and systematically misled for seventy years and i apologize for my own role in that, I have been too dismissive of the loud chorus of patients whose symptoms improve on cannabis, i had a very uncomfortable discovery, that i had been brainwashed like every other citizen of this country, marijuana s not a toxic drug, it’s remarkably non-toxic.” 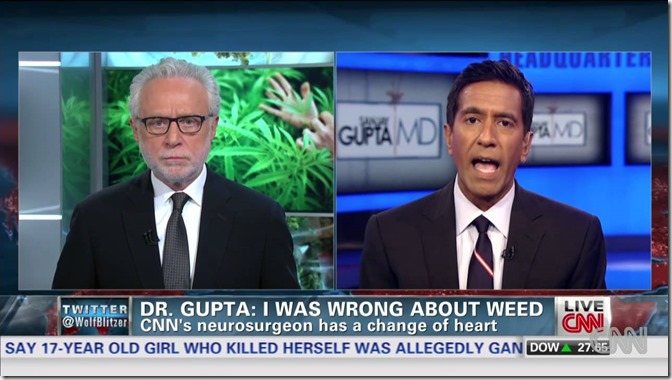 By listening to patient stories he has come to see how prevalent medicinal cannabis use already is, although it often goes unreported due to legal concerns. Medical cannabis has reached its tipping point and although there is still much to improve upon, doctors need to be caught up to speed on the emerging science. Dr. Hepburn believes that the endocannabinoid system should be taught about in medical schools.

Dr. William Osler, considered the father of modern medicine, recommended cannabis as the most effective treatment for migraine headaches in the 1890’s. This opinion persisted with the editor of the American Medical Association journal Dr. Morris Fishbein publishing a similar opinion in 1942. There were 28 patented over-the-counter cannabis medicines available in the United States. During the early years of prohibition, 3000 physicians were arrested for prescribing cannabis.

Were doctors forced to forget about this helpful medicine? If they were supporters of medical cannabis during the early days of prohibition, what are there concerns now that prohibition seems to be coming to an end? With doctors as gatekeepers of the new Medical Cannabis program in Canada, the burden is falling on patients to inform their physicians about how cannabis helps them. Some doctors have been strictly opposed to even talking about cannabis with patients, forcing them to go ‘doctor shopping’ or settle for an impersonal skype session. As bright and intelligent as I know many cannabis patients to be, the work of medical professionals like Dr. Hepburn is of highly valuable assistance.

Ted Smith·October 28, 2012
There are no comments yet No comments