Deprecated: The $control_id argument is deprecated since version 3.5.0! in /home/oq5ayjaeetjt/public_html/wp-content/plugins/elementor/modules/dev-tools/deprecation.php on line 304
 Cannabis and Humour: Some Thoughts on What’s Funny - Cannabis Digest
Skip to content 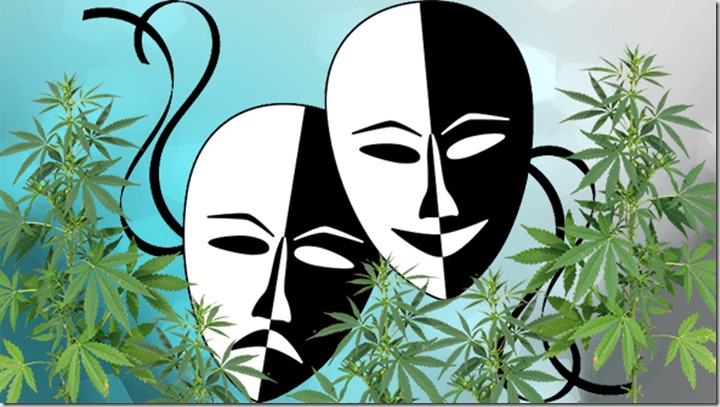 For the cannabis/psychedelics culture of the 1960s and 70s, underground comics emerged as a new fusion of humour, social and political commentary, and comic art.  Two of the best known examples are The Fabulous Furry Freak Brothers, drawn by Gilbert Shelton, and Harold Hedd, a creation of Vancouver BC based artist, Rand Holmes.  The new medium, created by and probably mostly for, young counter-culture males, formed a vital, iconic part of the alternative magazines and newspapers of the day.  Its standard heroes were scruffy young males with no visible means of support, whose major activities revolved around finding ‘babes,’ and scoring weed, generally styled ‘dope’ or ‘grass.’  In between, they engaged in political commentary.  Harold Hedd had a dartboard featuring the face of Pierre Elliott Trudeau, with whom he held imaginary chats; the Freak Brothers worked on evading the draft; everyone found ways to deal with the ‘narcs,’ aptly portrayed as career sadists; and all engaged in regular rants on the evils of capitalism, perpetuated by capitalist ‘pigs.’  The stories were clever, and the cartoons well drawn.  From within the culture, the stuff seemed pretty funny, if a tad sexist.

In 1978 Vancouver BC based stand-up comedians Cheech Marin and Tommy Chong released their film, Up In Smoke, soon to become a cult classic.  They too appeared as scruffy males, footloose, with pre-occupations not unlike those listed above.  The scenes were clever.  The actors were counter-culture clowns, focused on exaggerated versions of ‘getting stoned.’  The exaggerations had them physically disoriented, psychically disheveled, oblivious to risk, and sloppy to limits of tolerance, pretty much all of the time.  As the counter-culture of the day encompassed a sizeable number of hard working artists, crafts people, back to the landers, and political activists, a bit on the poor side, but self-supporting, the Cheech and Chong caricatures were mostly met with laughter.  No one took them seriously.  And they carried a grain or two of truth.  They also set the style.  Two or more young ‘stoner’ males cutting capers across the country remains the standard meme for popular films on cannabis.

The humour wagon rolled along happily in this manner until sometime in the 1990s, when a growing number of cannabis activists began to call attention to the medical benefits of the plant.  From that time onward, the familiar, unkempt cannabis clown started to become something he’d never been before: a burden.  When in 1996, California passed its proposition to legalize medical cannabis in the state, White House Drug Czar, General Barry McCaffrey, set out to combat what he called “Cheech and Chong medicine.”  He wasn’t joking.  On that day a new die was cast.  In the ongoing struggle for legitimacy in the medical cannabis industry, and for dignity amongst the patients, there is now no easy place for images of cannabis clowns strolling about in states of stunned oblivion.  In a war, some things just stop being funny.  Still, in anticipation of full future public respect for the plant in all of its forms, and a possible comeback of the genre’s popularity, I may give some thought to attending clown school.  Maybe it’ll be the women’s turn to be funny.

Of course there are forms of humour that cannabis culture continues to welcome.  We love pouring new words into old forms.  Examples are Dana Larsen’s Green Eggs and Hash, cannabis Christmas carols, the cannabis leaf Canadian Flag, and cannabis variations of commercial candy bars.  Dark political humour is always welcome.  We’re not entirely beyond joking on the medicinal front either.  “Let’s get medicated” serves both as humour and serious sentiment, but I suspect you need to be there to get that.  We like wearing cannabis T-shirts; they help us to emerge, as everyone likes to say, from the closet.

Still another favourite form is ‘found humour.’  Found humour is prohibition pushed to the point of self-parody.   In cannabis culture, the basic model is the 1936 film, Reefer Madness.  It isn’t clever.  The portrayals are senseless, and the production values, decidedly early ‘B Horror.’  The best news, though, is that we’ve progressed.  Drug czar-driven scare tactics have begun to feel old, dusty, and irrelevant.  They are fast becoming the latest form of found humour.  Take the recent media blustering over the cannabis concentrate, shatter, for example.  For about a month straddling the New Year, we got a minor media blitz on the subject.  The CBC, Global News and ABC called shatter new and dangerous.  They called it marijuana on steroids, purportedly resembling taffy or peanut brittle.  That’s seriously bad reporting.  Taffy?  Shatter is like a super-thin slice of amber, or a thin sheet of amber coloured ice.  The Vancouver police said it could kill people.  Then they retracted the claim.  The DEA said it would kill people, and stuck to their story.  One paper reported that shatter could be injected.  No retraction as yet.  Meanwhile, back in 2013, with no fanfare, The Vancouver Sun listed shatter as hardened cannabis oil, and merely one of a long list of concentrates.  Happily, like the media scares on drugged Halloween candy, the shatter stories didn’t last.  In this cultural climate, they’ve begun to look too much like comedy routines.

The shatter story would have made a good puppet show, though.  Law enforcement and media puppets pick out a cannabis concentrate that’s been around for a couple of years, and declare it new.  They turn their declaration into a media bomb that sends shards of scary messages straight to the hearts of parents with little experience of cannabis.  They limit subsequent message making to law enforcement puppets, and director puppets of ‘substance abuse’ programs, allowing a single brief statement each to an activist puppet and a doctor puppet.  But the bomb fizzles and splutters.  Indeed, from the looks of it, the prohibition puppets of the day have begun a new project based on their new, special 2016 prohibition calendar.  It’s way more dangerous than cannabis oil.  It goes:  Week One.  Raid medical dispensaries.  Week Two.  Rave about shatter; repeat ad nauseum: This is not the weed of your grandpa’s youth.  Week Three.  Issue the warning of a legal expert, claiming that Canada will soon be in contravention of international drug law.  Week Four.  More evil, yet to be announced.

On the matter of humour, though, I have to say that there is one standard cannabis comedy routine that I really dislike.  That’s the one in which tokers dissolve into peals of hysterical laughter over nothing at all.  We get that in the film, Amazing Grace, about a middle-aged widow who takes to growing weed to remain financially solvent.  We get it lots of other ‘funny’ cannabis films—even Reefer Madness.  Where did this stereotype originate?  I rather suspect it comes from reports on the ‘medical’ and government experiments conducted on cannabis use.  If I found myself suitably elevated, but facing guys in white lab coats bearing clipboards, I’d start laughing too.  That’s a funny scene.  In any other setting, you don’t meet with hysteria.  You get good conversation, though.

Still another fine formula, and an excellent way to be conversationally interesting, relevant, and funny all at the same time, is to engage in guerilla theatre.  Canadians got a nice taste of this practice past week when activist Dana Larsen sent a copy of his recently published, Cannabis in Canada: the Illustrated History, to each Liberal Member of Parliament, every book accompanied by a gram of bud.  We live in interesting times.  No one’s quite sure yet what is happening on the legalizing front.  There’s tension.  The book and the bud have placed some extra weight on the pressure points.  One MP expressed thanks.  But several others called the RCMP, no less, to come and pick up both the bud and the book.  Go figure.  For some Liberals it appears to be too soon for gracious humour.   Activists and sympathizers, therefore, are going to have to lead the way.  In the interim, the RCMP and legal counsel are busy taking the public pulse.  Is this serious?  Is it funny, maybe?  If they charge Larsen, are they going to look ridiculous?  Will the judges be able to keep a straight face?  For power addicts, there’s no worse poison than looking ridiculous.

We have to have sympathy for the politicians, though.  The fact remains, not all jokes can be funny in all settings.  Think about this musician joke, for example.  Question: Why is a flattened snake on the highway more tragic than a flattened trombone player?  Answer:  The snake might have been on the way to a recording session.  Why is this funny?  Do we hate trombone players?  No.  It’s quite the opposite.  Society loves musicians, and we recognize that it’s a tough slog making a living as one.  That’s the key point.  Try replacing flattened trombone player with flattened cannabis fan, or activist, or grower.  Then replace ‘recording session’ with job interview, work, or anything useful.  Now it’s not funny at all because in this world, too little of society has much love for cannabis activists.  They’re still called lazy corrupters of youth.

Despair not, however.  Somewhere in the not too far off distance I detect the faint glimmer of at least a more general ‘like.’  Cannabis cures will be an essential part of that glimmer, as more people hear about those every day.  Beyond those, in my view, the culture needs more art.  In particular, it needs widespread, beautifully painted, drawn, or sculpted images depicting cannabis plants, growers, medicine makers, and patients.  It needs masses of cannabis art shows, travelling and local, and soaring, award winning literary fiction. It needs beautiful filmmaking.  It needs new styles of comedy.  And with that sentiment, I conclude today’s musings.  I would like to conclude it, though, with a homework assignment, if such a thing is permitted.  Or maybe I should just call it an invitation.  If you can, go and watch a Lebanese comedy/drama called: Where Do We Go Now?  It’s recent.  It’s timely.  It’s available on Netflix, and other such sources.  And it has some novel cannabis comedy.  The women activists will love it, and the menfolk will like it too.

(start from part 1) Julia Veintrop Having a smart doctor can definitely have its advantages and disadvantages. I was so happy when my surgeon told me that she would willfully sign my ACMPR. She even wanted to do a bit of research because usually she just signs proof of conditions for compassion clubs. That was […]

By Diane Walsh If you are an investor and have a firm eye on the hemp industry in Western or Central Canada, this might just be the ideal time to jump in with both feet. Alberta Knee Deep in Hemp Alberta appears poised to be a leader for hemp firms which are diversifying processing and […]