Licensed producers that play well with others; licensed producers that don’t; MMAR producers; non-licensed producers; personal growers; soon to be licensed dispensaries (for profit and non;) publicly traded companies; for profit medical script writers; vape lounges; private sellers; brokers; bakers; insurers; bong shops; legal service providers; networking event producers; and tech support companies. In BC, my home province, this dizzying array of bodies, ranging on the legality scale from dark to dawning grey, dots the social and political landscape. Not the least of its mind-bending features is the slow courtship and coming together of traditional social activists and new business people: for profit dispensaries with multiple locations and expansion plans; LPs and dispensaries; investors. What sort of marriage is this? And what sort of love? 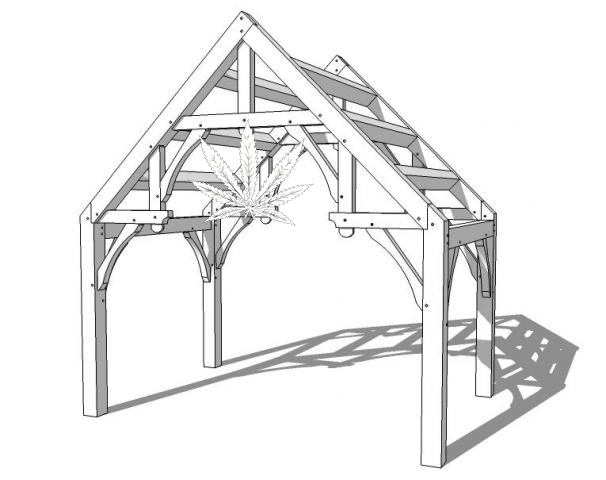 I recently came across a group of articles titled: What business can learn from social movements. Authors listed practices like framing, building personal contacts, and linking products to social issues. They talked about passion, authenticity, and community, providing parsed, commoditized social movement techniques, encased in warm, fuzzy buzzwords. This marriage, if it was one, had a poor effect on my mood. I was cheered, however, when I altered the titles and started to ask: What can social movements learn from their own history? I focused especially on the idea of framing, and it is through this idea that I wish to explore ideas on what is to be expected.

In the years 1967-8, the Haight-Ashbury district of San Francisco housed a radical community action group called the Diggers, named after a 17th century group of English visionaries who tried to establish a society free from private property. The San Francisco Diggers provided free food, a free store, a free medical clinic, free concerts, free transport, and free temporary housing. They engaged in guerilla theatre. They liked to hand out small, yellow wooden frames they called ‘frames of reference.’ Radical thought required a re-framing of the idea of community, and more generally, a focus on the every day framing of reality. They coined the phrase: Today is the first day of the rest of your life. That was a good frame.

Framing is no trivial thing. We are not, as economic models suggest, a set of rational calculators choosing amongst given objects in a given marketplace. We are creatures that have internalized, learned sets of cultural associations. These associations determine where we place our attention, and filter everything we sense. Prohibitionists, for example, have learned to associate the ideas: marijuana, criminal, degenerate, and more recently, child predator. That’s been the frame. Cannabis activists have had to learn to be re-framers. “I’m a patient, not a criminal.” “Grow hemp; heal the planet.” “Pot prisoners are political prisoners.”

Recent political events provide a case in point. Canadians have a newly elected majority Liberal government that plans to legalize cannabis. It has promised to do so. Problematically, it has appointed as head of its task force, former Toronto police chief, and prohibitionist, Bill Blair. Over 22,000 people have been arrested for cannabis possession since the new government took office, and there is no end in sight. If you ask Blair there is no timeline for legalizing, and in the meantime, no plan to stop to the arrests. Prime Minister Trudeau echoes these sentiments. On this matter then, the Liberal Party of Canada appears to have produced a new interim frame of reference. It says: We hold the reins; you are powerless. 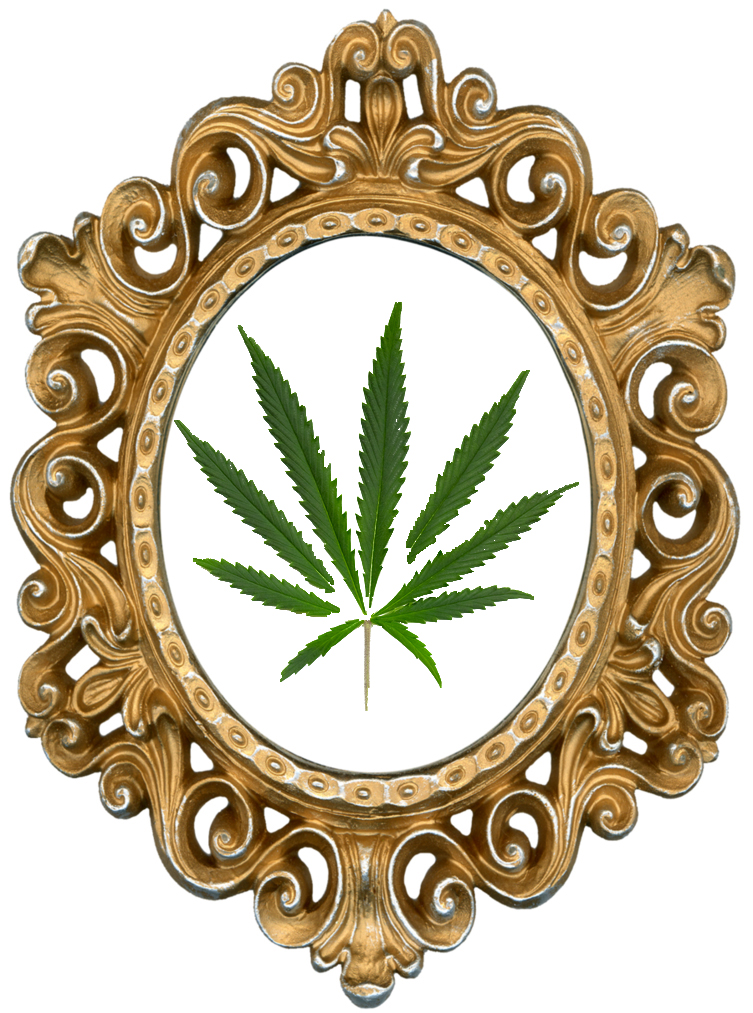 Why did they create such an improbable frame? Have they not figured out that legalization is around the corner because of the work of activists? To be charitable, perhaps they are scrambling, and have no idea what to do. Of course they couldn’t recruit an activist or two to help out. That would not fit the frame. In the meanwhile, veteran activist Dana Larsen has responded with an alternative frame of reference. His reads: Each of us can plant a seed; planting is power. His plan, Overgrow Canada, offers cannabis seeds to one and all, to be sprouted and planted, preferably everywhere, from coast to coast. From powerlessness to power; that’s good re-framing.

I return now to the topic of love, or something like it. Business oriented activists, cannabis industrialists, and just plain activists share in wanting to see weed legalized as soon as possible. Even sooner. They share in rejecting reefer madness scare tactics. They don’t see themselves as corruptors of youth. There is, besides, a loose coalition of activists and new business representatives, that wishes to see a robust, generous-minded legalized cannabis economy with room for everyone, big, medium, and small. They want to see a new, thoughtful economy with space for artisans, and personal growers. They wish to be welcoming to women entrepreneurs. Besides this, they’d like to see medical cannabis untaxed, and patients’ cannabis medicines covered under provincial medical plans. On these fronts, there is space for friendship, and maybe even courtship and marriage, providing, of course, that these bonds of intent are maintained. If all goes as hoped it will be the Thoughtful Cannabis Industry.

Social movements in general, however, share frames that sit poorly with business as we have come to know it. The movements for civil rights, women’s rights, the environment, and for legalizing cannabis, for example, have long had a commitment to non-violence. They’ve been anti-war. Business, on the other hand, has long participated, where convenient, in the arms industry, and chemical weapons industry. The arms industry is an equal opportunity user. Had it turned out to suit the needs of MK Ultra, cannabis could have been a chemical weapon. Hemp fibre can build cars and tractors. Can it build firearms? Is it likely to? Does cannabis oil have military applications? Will cannabis businesses invest in war technology? Add hemp to K-rations? Roll joints for the battlefield? Whether the answers matter in some cosmic sense I can’t say. I can say this: In the new cannabis industry, perhaps at all levels, they will matter more to some than to others.

Contemporary social movements also share liberal democratic values, and a belief in economic justice. Business, by contrast, has learned to buy political offices, and thus to undermine democratic values. Investors speculate on food, shelter, medicine, and water, making the necessities of life progressively less affordable, a situation that appears to be getting worse, not better. What should we expect from the New Thoughtful Industry? How will it relate to elected officials? Will it invent new forms of liaison? Engage in shared projects? Will its members run for office, or seek senate appointments? What will this industry’s own investments look like? What will their commitment be to social and economic justice? These are divisive issues, ones on which even love will founder. 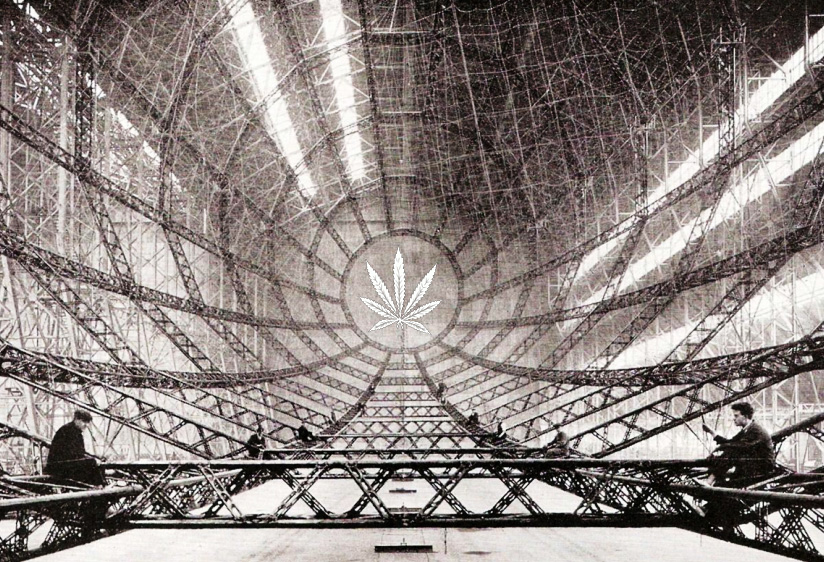 Many cannabis activists, in addition, are new age spiritualists. They have a unique frame of reference. They see cannabis as a sacrament. New age spirituality is a free flowing, decentralized, and tolerant phenomenon with no central text, creed, or dogma. Its followers, although a diverse group, share in feeling that they are tapping into some sense of the divine. You won’t hear that kind of framing at the forums, seminars, and discussions on regulating the new cannabis economy now vying for your attention. Consumer goods in industrial cultures are sold through exploitative sexual imagery. Many cannabis magazines have shared in this practice. When the new cannabis industry is permitted to advertise, as eventually it will be, what sort of framing will it use? Lush interiors? Curvy girls? Alien viewers of North American glossy magazines would be forgiven for thinking that North America is a place made up entirely of an upper middle class and a wealthy class. They’re full of exquisite photos, in which the houses gleam, and the adults and children look healthy and radiant. This frame of reference permeates every urban commercial establishment, with the exception of health food stores, which are plainer but are expensive places to shop. It is also markedly absent—perhaps I should put this point in boldface—from the older compassion clubs and some dispensaries. How will participants in the new thoughtful industry relate to the glossy magazine frame? How will Big Cannabis relate?

I started this mild rant will a lengthy list of cannabis providers and their associates, both old and new. By the time this blog is posted and you have read it, this list will have grown and changed, and new associations will be forming. Take my advice. Polish up your favourite frames of reference. Build some new ones. Have at least a half a dozen handy, and switch your use of them frequently. Ask the hard questions. It’s the only thing, short of a reliable crystal ball that will guide our journey to what comes next.