Deprecated: The $control_id argument is deprecated since version 3.5.0! in /home/oq5ayjaeetjt/public_html/wp-content/plugins/elementor/modules/dev-tools/deprecation.php on line 304
 March is Medical Cannabis Month in Canada - Cannabis Digest
Skip to content 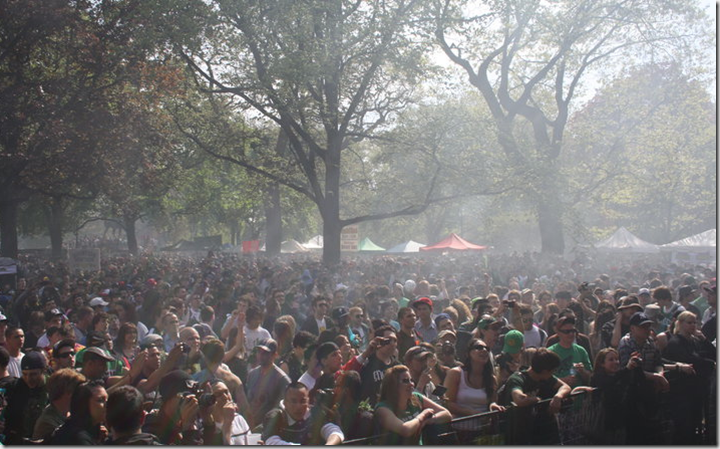 For many years now my friends and I have proudly celebrated the cannabis users holy day of April 20th. The 4/20 celebration has grown from humble somewhat mysterious beginnings into an internationally recognized day to honour and praise all the wonderful things about cannabis. There are marches and smoke in’s, raves, festivals, concerts, kitchen parties, and jam sessions all sending a whole lotta love for the peoples plant out into the universe.

There is much to be thankful for this year, world wide the change has been sweeping, and the reality of accomplishing the goals of legalization in some of the toughest political environments on the globe is a heady experience for cannabis users that have suffered under the prohibition. Preparations are well underway for this years celebration with events planned in the now legal US states that will undoubtedly prove to be some of the biggest extravaganzas ever seen celebrating legal cannabis.

In our country, were we still suffer under the ignorant boot of prohibition worn by the Conservative government, this year is different, because activists all over the country are watching closely as the month of March 2015 will bare witness to two battles to free the weed in two historical court cases. We are holding our breaths in anticipation of the greatest 4/20 in Canadian history.

Allard et al vs. Her Majesty, in which a group of patients allege that Health Canada’s MMPR program violates the constitution began on February 23, 2015 in BC Supreme court is deep into the proceedings at the time of this writing. Quickly followed by the even more historical Regina Vs Smith extract trial in the Supreme Court of Canada, set to start March 20, 2015,  to determine whether cannabis derivatives deserve legal status similar to that of the dried bud. Both of these landmark cases can potentially tsunami instant and significant change in the cannabis laws in our country. Like gay marriage and racial discrimination before it, medical cannabis is having it’s day in court.

How many times in our lives will we be able to pin point and witness the exact moment in time that prejudice and discrimination was challenged and reform mandated into law in our society? I don’t know about you loyal CD readers but I am stunned by the odd coincidence that these two trails are happening within the same year much less the same month. Even more stunning to me is that the fall of cannabis prohibition will be the first major societal change of the twenty first century. It’s the dawn of a new era, a door opening into a future that is about so much more than just legal cannabis.

Cannabis activists have known about the limitless potential of the peoples plant for a long time now. Compassion clubs have developed a long list of of practical medical uses for virtually every part of the plant, but very shortly, with wins in the two March trials, we will quickly see the actual potential of this plant truly investigated and utilized. Cannabis extract will soon be found in everything from body lotion and cosmetics, to cleaning supplies and tooth paste. A healthier additive, the new aloe vera.

Patients and everyday users alike will have the right to produce and experiment with all the different aspects of the plant leading to a wave of knowledge, understanding, invention and innovation. Not since the birth of the personal computer has our society been offered the opportunity to create and reinvent so much of our everyday life. Medical cannabis opens the door to all cannabis, and even more impressively, cannabis’s big sister, hemp.

Imagine green fields of hemp and cannabis stretching across the Canadian prairie instead of yellow canola or the golden hues of wheat that now own the landscape. Imagine the mountain of products including big pharma’s drugs that will become obsolete because some aspect of the peoples plant will do that job better and safer. The end or reinvention of hundreds of products will change the economic landscape of the planet turning us away from traditional twentieth century industries producing fossil fuels, textiles, paper, building materials, and happily wiping out dangerous over prescribed medicines like ritalin, prosac and many of the so called “mood altering” drugs. The ripple effects of these events in March 2015 will reach out across time and influence the lives of my grandchildren and their grandchildren as well.

Surprisingly, reports from the Allard trial show a lack of activist support in the court room and very little main stream media coverage. A situation that I find sad considering the amount of Vancouverites who can call themselves cannabis users and a story with a potential outcome that will have an affect on the lives of millions of Canadians. Recently, leading west coast activists Marc and Jody Emery have called out for more people to attend and protest outside the court in Vancouver with the hope of generating some awareness and coverage. Luckily,  the Smith supreme court trial will be carried on CPAC and simultaneously web cast over the internet allowing all Canadians to witness the historic event and hear the arguments put forth by an impressive legal team made up of Lawyer Kirk Tousaw, backed by veteran counsel John Conroy, and supported by five intervenor’s who have added their voices in solidarity. The Canadian Aids Society, Canadian HIV/AIDS legal Network and HIV/AIDS Legal Clinic of Ontario, the Canadian Civil Liberties Association, Criminal Lawyers Association (Ontario), BC Civil Liberties Association and Sante Cannabis, a business in Montreal that connects patients to licensed producers in the MMPR. All the big guns are on our side and that fact added into the simple truth that the plant is safe and beneficial is the force that will wrestle change into reality and pin the Conservative government to their 1950’s ideals.

Fellow activists, lets watch closely so we know when to cheer and begin planning the biggest 4/20 day celebration ever seen in Canada. Lets shout out our support for the brave people who are standing up to oppression and championing our freedom in the highest courts in the land. Lets be aware of how lucky we are to witness this historic change and proudly recognize all the sacrifices that have lead to this month in 2015.

Lets begin planning to heal the scars and carnage left by this prohibition and the war waged to support it. Lets use the momentum of change to force a new path away from this destructive track we now walk. All our activist dreams are possible and pushing them into reality starts here in March 2015. 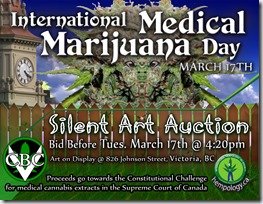 March seventeenth may be medical marijuana day as decreed by Victoria BC’s mayor and city council, but there is an as yet undiscovered couple of dates looming in the near future that we will mark for celebration in years to come. The day that Alard broke the MMPR, and the day that cannabis extracts were freed by Owen Smith, will prove to be two of the most significant days in the history of our country. Three dates that make March medical cannabis month in Canada.

If your in Vancouver,  and can spare some time, please drop by the courts building to show your support for the Allard group. The same goes for you activists in the Ottawa/Gatineau region, all are welcome to attend the proceedings in our supreme court.

You can easy donate online to help fund the efforts at the supreme court through Owen Smith’s gofundme account, Cannabis Extracts in Supreme Court  , or send donations and good wishes directly to the V-CBC at 826 Johnson St. Victoria, B.C. V8W 1N3, either way your financial support and positive presence is desperately needed and greatly appreciated.

[su_quote] How much is too much? How many should I take? When should I take them? [/su_quote] Questions like these have been asked at dispensaries across North America for nearly two decades – patients seeking relief and looking for answers their doctors just can’t provide. The answer to each one of these questions is invariably […]