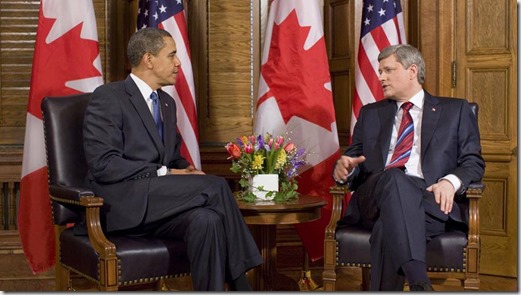 My Friends and Fellow Activists:

As you know, this past week has been a tragic one for our country. The hit-and-run in Montreal and the shooting in Ottawa have left our Nation shaken and alarmed. In this article released by CBC News[1] and this video of public safety minister Steven Blaney dancing around questions[2] (especially at ~1:40 and 3:40) it is plain to see that Stephen Harper’s Conservatives are attempting to use these attacks to incite fear in the hearts of Canadians… But why? In light of the recent events being attributed to home grown Islamic State militants, Stephen Harper’s conservatives have urged to hasten the passing of a several amendments to counter-terrorism laws that would allow for the police militarization epidemic to spread through our proud nation like wildfire. The proposed legislation would allow for preventive detention of anyone who shows signs of “radicalization”.

The “radicals” that committed these acts are described as “from broken homes, were adrift in their lives, used drugs and were self-radicalized”. That being said, yes… there have been atrocities committed and prevention is always better than hindsight in these cases. However, almost everyone we interact with on a daily basis has had family troubles and almost everyone (especially those of us in postsecondary education) doubts their direction in life. And over half the population use cannabis! As far as the term “self-radicalized”, the term is so vague that it could be used against anyone who has learned something they dislike about the government and chooses to say something about it. This new legislation is the highway to a guilty-until-proven-innocent legal system in which people could be arrested and detained for expressing their political or religious beliefs and be forced into “de-radicalization programs”. In addition, under these new laws police would be able to investigate, search, arrest and detain anyone under the SUSPICION that they “show signs of radicalization” and MAY commit a terrorist act in the future.

We are currently under the impression that these recent attacks are being used to glean the support of the very citizens who’s rights are in jeopardy and to maintain the rule of the “terror-tough” and cop-happy Conservative Party. This is Prime Minister Stephen Harper’s speech[3] in the wake of Wednesday’s attack. It really doesn’t take a mind-reader to pinpoint the exact moment where he appears to simply give up on faking sincerity. In contrast, here is opposition party leader Justin Trudeau’s speech[4]… only 17 seconds of which was aired on our government funded television networks. 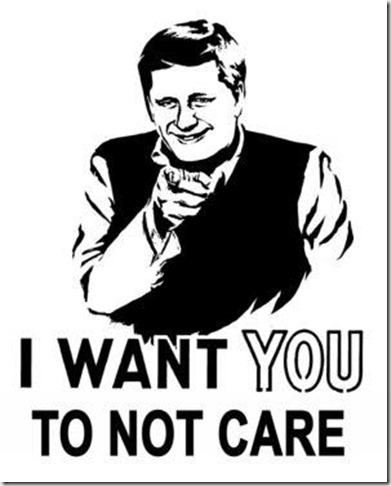 So what can YOU do? Stephen Harper’s reign over Canada has lasted almost a decade too long. I would like to direct you you this list of 25 reasons Stephen Harper is bad for Canada[5] outlining what Canada is currently dealing with in terms of a leader. I urge you to click on the sources, do your own reading and research, form your own opinions and then go out and share your findings with your friends. Neils Bohr said “The best weapon of a dictatorship is secrecy, but the best weapon of a democracy should be the weapon of openness.” If these changes to the counter-terrorism laws are made, Canada is at risk of losing so many of the freedoms we are proud to have as a free nation. Please assist us in getting the message out to fellow Canadians and the world that Stephen Harper is using the recent attacks on parliament to incite fear in order to pass these draconian laws. Educate yourself, then educate others and encourage them to speak out in a peaceful manner as well.

The Conservative Party refuses to give us, the citizens, a timespan or really much of any information on the passing of the new amendments and has (as usual) buried them deep in a thick book of dry legislation. Keep your eyes on the politicians, talk to your MP and gain as much information as you can. In the meantime, know your rights and remain cautious of law enforcement officials. Watch your web habits and remember NEVER to post anything even remotely incriminating or illegal on social media websites.

Canada has one of the worst voter turnout rates of any other “democratic” country. This voter apathy seems to stem from many people’s belief that there is absolutely nothing we can do about this, so they have simply given up on the democratic process. NOW is the time to act! Please help to combat this apathy before there really ISN’T anything we’re able to do about it.

My “Job” as Cannabis Digest Publisher

By Ted Smith Most of us identify who we are by what we do for work.  Most people with a trade or skill in the cannabis industry have no problem helping others understand what they do by using a simple label like a grower, dealer or employee in a vapor lounge.  My work, though, is […]