Deprecated: The $control_id argument is deprecated since version 3.5.0! in /home/oq5ayjaeetjt/public_html/wp-content/plugins/elementor/modules/dev-tools/deprecation.php on line 304
 From Grease to Grass: Oil Speculation - Cannabis Digest
Skip to content

For a while now we have been hearing lots of “doom and gloom”  coming from Canada’s oil industry. The dramatic fall in the price of “black gold” is understandably troubling for many in the Alberta oil patch. Given the importance of oil to our economy, this is of course a dire concern for all Canadians.

Sound crazy? Impossible, perhaps? The stuff of stoner fantasies? Perhaps, but perhaps not…

First, let’s get our terms straight. When I say cannabis oil, what I am referring to is a full extract made from the mature female cannabis plant. There are a variety of ways it can be produced, using either solvents, water, or sifting. The resulting products are known by a wide variety of names such as cannabis oil, hash oil, hemp oil (incorrectly, I may add), Rick Simpson Oil (RSO), Butane Honey Oil (BHO), Rosin Tech, wax, and shatter. In almost all cases these are very sticky substances with very high concentrations of the various cannabinoids and terpenes found in the plant’s flowers. It can take anywhere from 6-10 grams of good female flowers to make one gram of cannabis oil.

From the perspective of the consumer, cannabis oil has many advantages over smoking a joint. It can easily be vaporized using something that looks like any e-cig. Because there is no combustion it is easier on the lungs, and as well, it gives off virtually no odor. The latter point creates limitless vaping areas in common and shared spaces where sensitive noses are not offended by invasive fumes of burning cannabis leaves. Already in the US, there is an e-cig company that is selling pre-filled cannabis oil cartridges for their epens. A little goes a long way with cannabis oil, so you can load your pen once a day (or once a week) and not have to worry about running out. It is easier to transport, to store, to regulate and to control. 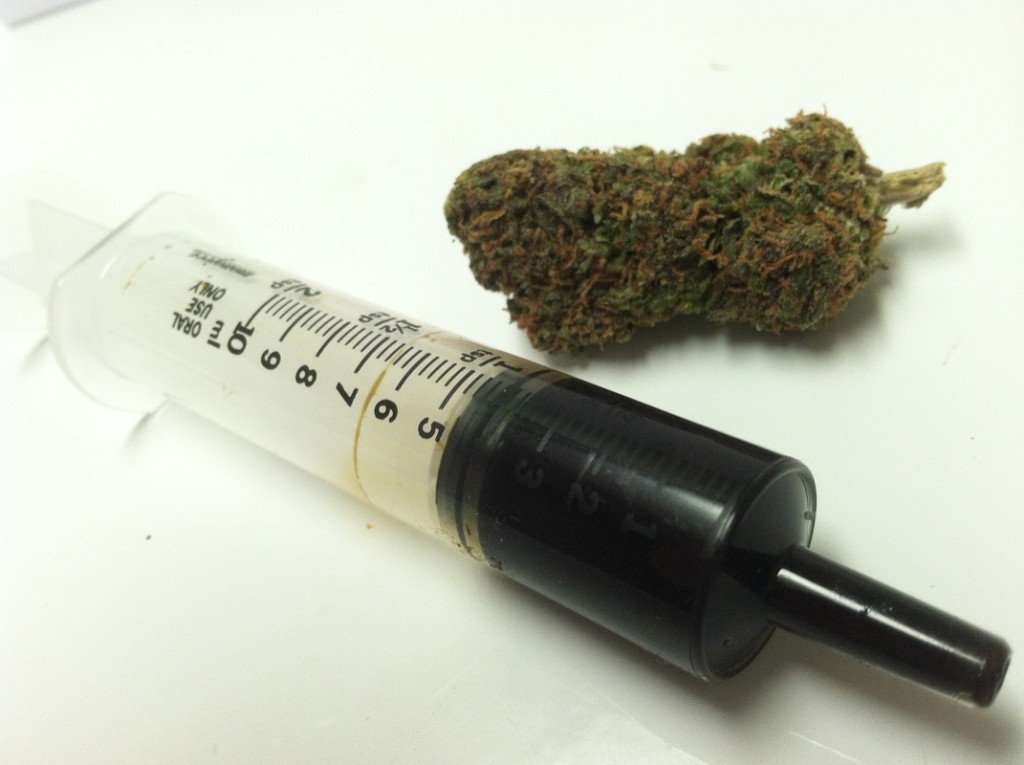 Also, when considering medical applications for cannabis, oil is a better option. It can be vaporized, ingested (in a capsule or as a tincture), as a topical (salve, lotion, cream, balm, etc.) or encased in a suppository. Oil contains a higher concentration of cannabinoids, and because doses can be more precisely measured, it represents an excellent alternative to smoking or to edibles.

All of this will make cannabis oil very attractive to a wide range of potential consumers and patients. But enough to replace the Canadian petroleum industry?

Let’s crunch some numbers, shall we?

It is estimated that 10-20% percent of Canadians consume cannabis on a regular basis (CBC). At the same time we know that perhaps 80% of Canadians consume alcohol on a regular basis (National Post). Let’s say that, after legalization,  perhaps 40% of Canadians will become regular cannabis consumers, and let’s say that regardless of how they choose to use it, their consumption will average out to 1 gram of oil/week. Assuming that the adult  population of Canada is around 35 million, with a little simple math (35m x .4 x 1 x 52) that works out to an annual demand for about 725,000 grams of oil! By way of comparison this works out to approximately 4 barrels of petroleum oil, or put another way a gram of cannabis oil is worth about double that of a barrel of oil. Not bad, eh?

But wait, actual consumption rates will be considerably higher, because of “pot tourism”. I don’t think it is too difficult to imagine that people from all over the world will suddenly be interested in taking a vacation in our fair country. While it is unclear exactly how many additional tourists will show up to try some fine Canadian oil, if the experiments in Colorado and Holland are anything to go by, we can expect a fair increase. But let’s be conservative and just add another 20%, which takes up to around 865,000 grams. What does that represent? Well, at an average cost of about $50/gram (for oil) it means we are talking about a potential market in excess of $43 billion/year!

By way of comparison, the entire oil sector generated $60B in 2013, of which only $3.25B were actually returned to the people of Alberta. You see, it costs quite a bit more to produce petroleum oil than cannabis oil. In that sense it will be a much more profitable industry. Cannabis oil will create a much higher return because of lower production costs. Further, we must consider its positive impact for the environment. Cannabis is a very healthy plant to grow, requiring little in the way of insecticides or herbicides. It also tends to detoxify the soil it is grown in. Not to mention the fact that instead of adding greenhouse emissions to the atmosphere (as the oil industry does), growing cannabis will actually consume CO2.  Prairie provinces like Alberta and Saskatchewan will obviously benefit.

To produce 865,000 grams of cannabis oil means we will have to grow somewhere near 9 million kilos of dried raw cannabis), and that will take some serious infrastructure. We can anticipate tremendous growth in sophisticated year round greenhouses, running mostly off-grid using a combination of wind and solar (something they have in abundance on the prairies). One of the advantages of indoor cultivation is the ability to build recycling water systems so you can grow your crops using a fraction of the water required for outdoors. Yes, it costs more to create them, but didn’t I just hear that the Liberals want to invest in Alberta? State of the art cannabis growing greenhouses, and high tech cannabis oil production facilities sound like good investments to me. They will employ workers, and provide the raw material for the extract producers. It’s so green that even Elizabeth May would perk up her ears. Sunny ways for everyone. 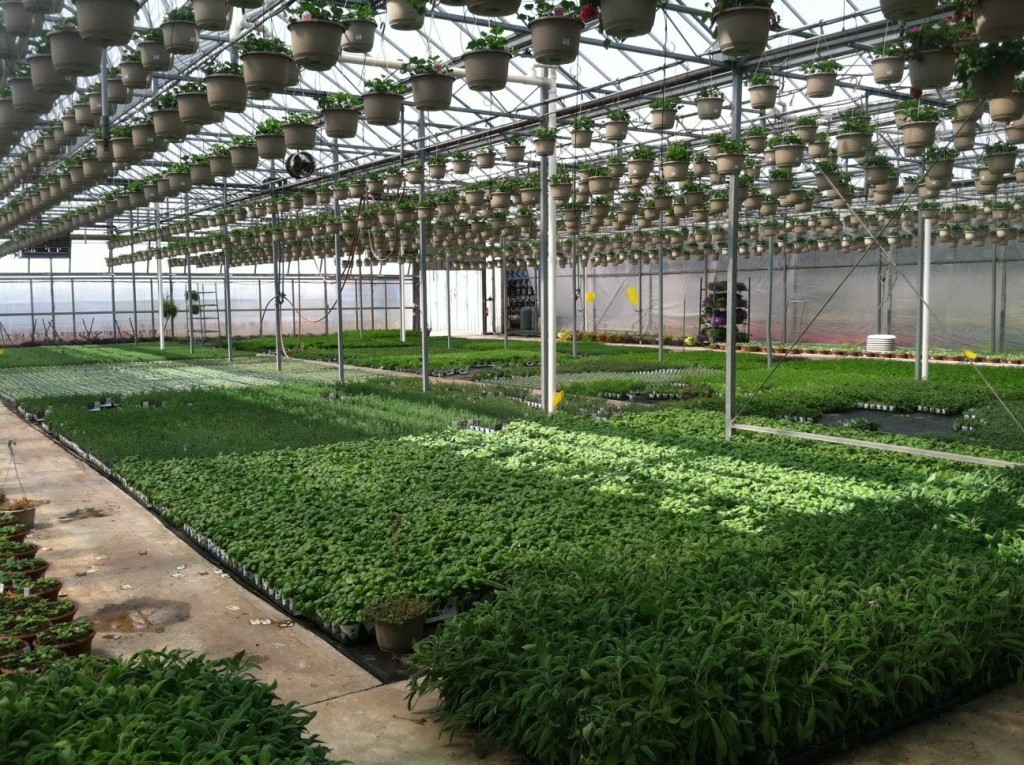 Of course, the production of all of this cannabis will provide tremendous opportunities for the full scale commercialization of hemp as well (since the oil producers will only be interested in the flowers). In particular building construction (hempcrete, hemp particle board, hemp insulation), plastics (everything up to and including 3D printing filaments), biofuel, and of course food. The hemp plant is well known for its natural ability to detoxify its surrounding root proximity. David Suzuki will be doing his happy dance. In addition, with the right foreign investment, Canada could become the leading producer in high quality cannabis textiles, eco-friendly hypoallergenic cosmetics, and a vast array of beauty and health care products (supplements, nutrients, soap, moisturizers, etc).

Some of you may be saying, “All this sounds well and good, but where will we find the capital to invest in all of the gear we will need to make this oil?” Not to worry, there are foreign investors lining up at our door to get onboard. They are just waiting for the go ahead. Not to mention all of the crowdfunding ventures which I am sure we will be seeing in the near future.

All of this is sure to generate a tremendous amount of new opportunities and investments. The market potential is potentially huge.

If we play our cards right, Canada can become a world leader in quality cannabis oil production. Building off the excellent reputation for quality cannabis coming out of BC and Quebec, we will provide the world with the best products, at the best prices, for a wide variety of applications including health, wellness, and just having fun. Not only will we see a tremendous boost in tourism, but the knowledge and skills we gain will be marketable to the rest of the world as other countries try to follow our example.

Our world reputation will also be significantly enhanced. Instead of being seen as a polluter, we will be seen as a green leader, since not only will we be spewing far less carbon and greenhouse gases into the air, we will actually be reducing carbon levels (cannabis products such as hempcrete are carbon negative).

A transformation from petroleum oil to cannabis oil may sound like a real stoner fantasy at first toke, but trust me it could be a real option. Let’s make Canadian Oil a great, great thing.

End of the Inquisition? Cognitive liberty, adult sovereignty, and the legalization of cannabis Graham Hancock is the author of the major international non-fiction bestsellers The Sign and the Seal, Fingerprints of the Gods, The Message of the Sphinx, Heaven’s Mirror, Underworld and Supernatural, and of the epic adventure novels Entangled and War God. His books […]

(Read Part 1 and Part 2 of Reflecting on the Cannabiz Life) By Ross Middleton By 2000, I had started to develop a neuropathic condition due to a lung operation earlier in life that left me with nerve damage in my torso that caused chronic pain. I treated myself (I miss that magazine by the […]