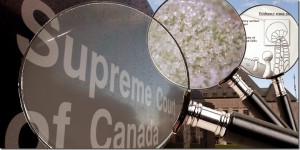 Sweet, Pungent, and Aromatic: Noseworthy Canadian Reporting on Cannabis Normalizing cannabis consumption is a goal shared by cannabis fans around the world. It’s a challenging goal, however, not liable to be met quickly. One reason is Cannabis’ aromatic nature. After seven decades of miserable, damning press, people have learned to hate its bouquet, associating ‘the […]