By Diane Walsh
“Tastes like sunflower, looks like sesame”—a clever little catch phrase I picked up along the way, coining hempseed as a food to a tee.

Hemp has been called the new soy and it’s hugely popular. It’s not just hype. It actually is good for you. We found out—just how good—for Cannabis Digest readers. I bet none of you suspect that tantalizing cheesecake is made of hemp.

Now, right off-the-bat, for goodness sake—don’t confuse it with grass! Whether or not you smoke MJ or even like it or support pot-use you can enjoy eating the seeds. 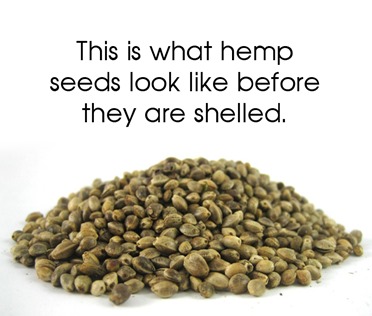 So nope, you can’t get high from eating hemp seed. Sorry. Hemp seed, oil, hempnut, and hempmeal is food in and of itself. The Canadian government regulates plants to have less than 10 ppm THC (psychoactive MJ agent) but most producers and distributors will tell you no THC can be detected in hemp food produce.

In1998, Health Canada amended the Controlled Drugs and Substances Act by adding regulations to make it legal to grow hemp. But in order to grow hemp, one must obtain a license. Many people confuse hemp with MJ, but hemp is not mind altering.

The inside of the hemp seed is the hempnut and it is made up of protein and oil. The oil is a rich source of essential fatty acids (EFAs). Some eat the entire seed, some only the hempnut, others press the oil out of the seed and use the oil and the meal (which is the rest of it) in yummy and diverse recipes. More on those later. 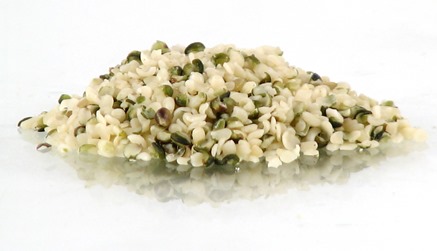 Many people ask if hemp seed is like flax because it looks similar, but darker. The answer is no. Although they both contain Omega 3 and 6 the constitution of each is in inverted proportions. Omega 6: Omega 3 ratio in hemp is roughly 3:1, while in flax it’s 1:3.

Also, the hemp plant produced-for-food is taller and stalkier than the one produced for marijuana.
Hemp seed is 35 percent protein—called Globulin Edestin—classified as a plasma protein. It’s ideal for pregnant mothers, particularly those worried about mercury-intake levels as it’s thought to be an “absorbent” of sorts. There are 567 calories to 100 grams, but you wouldn’t eat that much in one sitting, so hemp seed “qualifies” as diet food—so not to worry if you track on that.

Hemp seeds can be eaten in their raw form; they can be made into a cereal-type form and they can be sprouted. There is hemp milk, hemp tea, and of course it is widely used in baking. The fresh leaves can also be eaten in salads (I saw that recently at an organic potluck). I’ve also seen hemp tofu and nut butters.

Dietary supplement hemp oil has been shown to relieve the symptoms of eczema rashes. We need more sources to verify allergy considerations, but no adverse reactions have been readily recorded.
Hemp oil has anti-inflammatory properties and studies are still underway as to the extent of its efficacy in dealing with inflammatory conditions, but certainly its diet inclusion hasn’t been shown to make health conditions any worse. 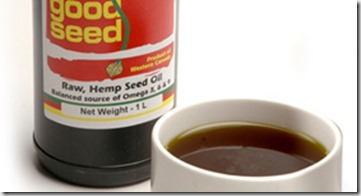 Unlike soy, which is increasingly being genetically modified, hemp seed does not contain any such organisms (GMOs), and, being shelled, natural, and raw; it’s pesticide, herbicide, and chemical free.
So the question is: Why isn’t hemp more front-and-centre on mainstream media front pages? Well, quite simply “Big business drives it out,” as Rosanne Barr once said on TV.

Nevertheless, hemp is (more than) beginning to creep its way into commonplace diet, especially now that health food stores are popping up all over the place. And many seem to love to specialize in carrying hemp.

Feeling a little peckish as I was sauntering along looking for something yummy to snack on whilst at The Market on Yates, I bumped into a fella right in the aisle hosting a trade-booth promoting hemp seeds. Offering me a little white cup I poked my finger in to pull out a seed or two and he said, “just throw ’em back! That’s usually how people like to eat hemp seeds.” And sure enough he was right. They were crunchy, tasty, even sweet. Eddie Murphy would have been right at home (remember that clip?). “Thank you,” I said, and “oh by the way, I’ll be callin’ ya.”

I caught up with Blake of The Good Seed company. His hemp-seed snack and more heavy-duty cooking packets can be found at the Market on Yates, in Victoria, among numerous other locations. More here: www.goodseedhemp.com 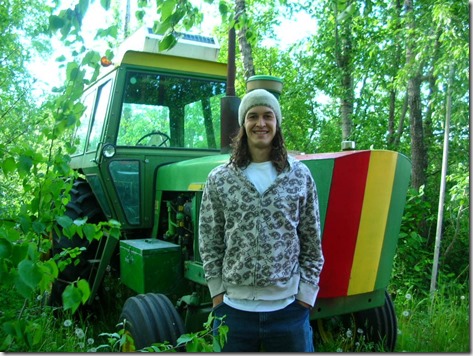 There are other companies that have been well-vetted over the past five years, but that are not necessarily based out of Victoria, or even B.C. or Canada for that matter (it’s always better to support local in my view). Brands such as Living Harvest hemp-milk, Nutiva shakes, Nature’s Path granola bread and bagels, and also quite popular is Alpsnack hemp snacks.

More locally, though, don’t miss a visit to Ingredients Health Food and Apple Café, in Victoria. It’s a veggie-lover’s dream and it’s owned by Cindy Holopainen Dreger with partner Deanna Danychuk.
A real gem, Cindy is obliging and keen to share with CD. She explains succinctly that, “People that are anemic can eat hemp and it can help boost their hemoglobin count. It’s not super high in iron but the iron that’s in it is very bioavailable (meaning the body recognizes it as a nutrient and utilizes it readily). Hemp has an almost perfect blend of the essential fatty acids (especially 3, 6 and 9).”

Going on to say “A vegetarian source of Omega 3 that so many people are deficient in, can be remedied by a regular intake of Hemp. Hemp’s vegetable protein, a macro nutrient that many vegetarians are short on, is really easy to take. Just a couple of tablespoons added to shakes, salads or pretty much anything, can significantly boost your protein requirements for the day. 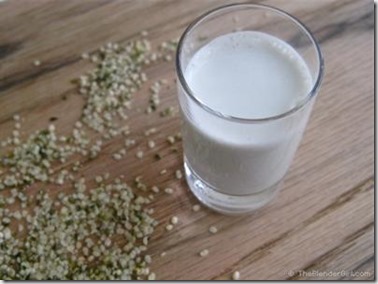 She adds, “Most households have a regular old blender and all you have to do is add 1/4-1/2 cup of hemp seeds to two cups of water, blend until smooth and voila! The tastiest milk imaginable! Unlike most nut milks, you don’t have to strain hemp milk through a nutmilk bag or cheesecloth. It’s almost like a tasty milk shake, a little bit thicker too. You can add a bit of vanilla, agave, maple syrup, or honey if you like it sweeter, and you’ll never go back to nasty tetra packs!”

Cindy wants us to know that Ingredients Health Food have lots to choose from at the Apple Café with hemp hearts. She was also kind enough to share a recipe for those just getting started in eating hemp:
“Our most famous, easy, and nutritious goodie is our Hemp Chia Power Porridge. You could really live off of this stuff! Enough for the week:
Mix together,
1 c. Hemp seeds
1c. Chia seeds
½ c. Sunflower seeds
½ c. Pumpkin seeds
½ c. Coconut shreds
½ c. Raisins or cranberries
½ c. Goji berries
1 tsp. True Cinnamon. 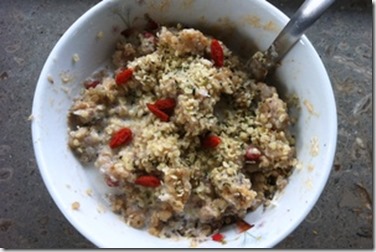 Unfortunately, there is a wee bit of a fuddy-duddy side to the hemp food debate which may or may not be worth mentioning. But…some people seem to worry about being considered a stoner if they eat hemp seed. This is nothing but preposterous. That’s really not an over-statement.

The facts are indisputable: you can not fail a U.S. or Canadian—or any country’s—drug test, even if you eat hoards and hoards of hemp seed. There was a comprehensive study out of Berkeley which confirms that it’s safe and legal.

From sowing a seed we’ve made a movement—a movement that can’t be denied in Victoria, B.C., at least, where hemp-eating pioneers are everywhere!

The local movement, which is not over-run by capitalistic fast-food joints, but where wholesome people eat happily and healthily and create alternative food pathways to social justice. Hemp is good food.
So, we’ve been talking about hemp foods, the wide range of products, and the versatility of the seed—and hope you’ve enjoyed reading it as much as I’ve enjoyed penning it. Spread the word…and the seed!

Next article Cannabis in Native American’s Culture and Religion

Delivering The Cannabis Goods: Why Home Visits Are A Critical Part Of Health Care