Deprecated: The $control_id argument is deprecated since version 3.5.0! in /home/oq5ayjaeetjt/public_html/wp-content/plugins/elementor/modules/dev-tools/deprecation.php on line 304
 Cannabis in Native American’s Culture and Religion - Cannabis Digest
Skip to content 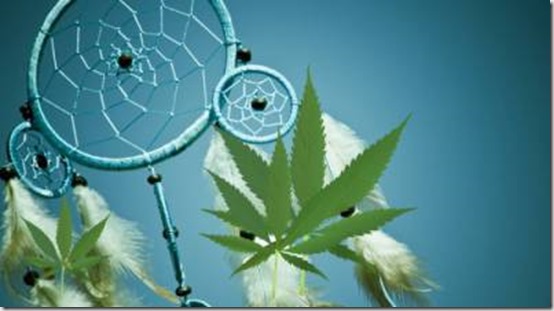 Less than 500 years ago, this land had tens of millions of people, from thousands of different cultures that lived from the Arctic to the tip of South America, and spread from one coast to the other, in every environment on these continents. We lived, we breathed, we fought, we loved, we made mistakes and we grew as a part of the earth. This land had roads that carried materials, stories, and knowledge that connected the peoples of this land to one another.

And then it was all taken away, as we watched people live the lives we wanted to live, where we wanted to live. Yet they lived differently and destructively, as they came to take us off our lands and shuffle us together like garbage into some of the harshest places where people already lived. They thrived but now had to compete for the substances that keep people living and spiritually alive. Everything was taken that could be ripped from the hands of the Indigenous peoples that once lived in a lifestyle harmonious with nature and spiritually aware cultures, each with their own unique aspects of religion, life, and perspective. Though fully diverse, they shared a connection through a divine awareness of their existence with the world and each other.

As a young man who is three-quarters Native American, I stand with one hand holding a wooden staff touching the land and the history, and another on a keyboard working towards a better future for all. I see not just the pictures, but also between the spaces, and my heart feels the distinguished beats of my heritage, and the knowledge of the suffering and loss that my people have faced and continue to face. Because I was never raised on a reservation, I will never easily be allowed into a fully traditional tribal life, yet because I am of more Native American descent than any other ethic group, I will in most parts of the country always be seen as an outsider from the norm, and always have the feeling of being a part of a purposely forgotten and unaccepted past of this country.

As a member of the most destroyed minority group of the Americas, I, like many others from the tribes of North and South America, have come to realize it is my duty to expose the truth of the past and the distorted fabrications still told about our peoples.

Among the atrocities that have befallen our people, there is not one that stands above the others, but this series will focus mostly on how Judeo-Christian ethnocentric viewpoints were used to outlaw religious freedom for indigenous peoples in both North and South America. I will focus more on issues within the United States, and on cannabis and other traditional substances used by the Indigenous cultures of this land, as well as historic events regarding these things. I will also talk about Native Americans who have been prosecuted, and the jail system and arrest rates dealing with Native Americans. Finally, I will profile some historical individuals, both native and non-native, who have helped or hindered the progress of the many tribes of this land.

In all of these topics I will also be exposing a rarely heard truth, that is how these events, people, and laws actually affect a Native American, specifically myself, as I try to be as traditional and true to my roots as I can while living in today’s society. I will try to help you feel what it means to be seen as both a criminal for my religion, and a ward of the state for my racial status, with fewer rights then my neighbors whose families’ blood does not bitter and sweeten the earth quite the same as that which has been here since before the end of the ice age.

First, I would like to discuss the “peace” pipes, something that is both a symbol for Native Americans, and in many ways a stereotype. Many aspects of the Pan-Indian icon image have infiltrated the media. I refer to the long-standing tradition of grouping all natives into one basic image of a man, almost naked, a peace pipe in his hand and a feathered headdress on his long-haired head, and no clue about the “modern” world.

Claiming this is a true representation of Native Americans is like saying all white people wear Dutch wood shoes. Not all tribes use pipes, though most do in some fashion. There are prayer pipes, blessing pipes, emblem pipes, ceremonial pipes, and a few others. In some tribes everyone has their own, but in most, certain people within the tribe, and in most clans someone in the family, is considered a pipe-carrier—a ceremonial duty. 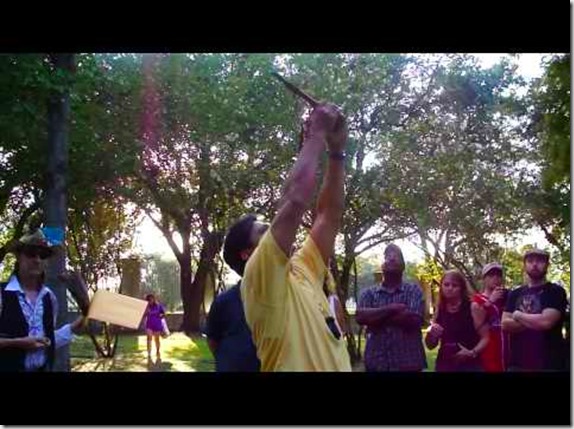 I myself have a blessing pipe passed to me from an elder Hopi Shaman that was passed to him from a Navajo (Diné) Shaman, who received it from another tribe’s shaman. They are sacred and considered alive, and have names for reasons individual to them. And in many states they are considered illegal. Though the laws are no longer enforced in most areas, they were used as a way to make Native American religions illegal for many years. Most states will not try to charge you with the old laws, except sometimes in rural areas, but can be easily used in a raid. If stopped in a car, there is a good chance it will be taken and tested. Technically, in my state of Indiana, I am a criminal no matter what has been in my pipe.

Now, the question that is asked of me everywhere is, “What did Native Americans put in their pipes?” Once again, diversity comes into play with the answer to this question. The greatest lie the Natives ever told was that they just smoked tobacco in the pipes. Many tribes used tobacco as a sacrament, but it was rarely a common smoke, and was not an herb for daily use. Many tribes smoked different mixtures, and for this reason, many herbs in different states were illegal in the hands of a Native American. Some were just cooking spices, but almost any ceremonial herb in the Americas have been illegal at some point. Some pipe herbs used include sage, mints, salvia, peyote, mullen, cannabis, and many others. Though a lot of tribes used cannabis it was not only as something they put in a pipe.

Cannabis is considered a sacred herb in many tribes, though not all. Some used it in food, medicine, and smoke blends. Some tribes used it in a handful of rituals; others used it more as a daily prayer and meditation herb. There are many forms of anthropological evidence of this, dating a few thousand years before the Asians have written proof of use. Most strains found on the East coast were not as good as those from India, but were growing both wild and cultivated long before Europeans’ arrival on this side of the world.

United States courts have ruled that cannabis being a religious sacrament to many tribes does not give us the right to use it. The government can’t easily tell who is considered Native American enough to use it, because unlike peyote it’s a commonly used substance that would be harder to police for the exemptions of religious purpose.

Some statistics on cannabis and people of Native American ethnicity as of 2007 can be found on the Substance Abuse and Mental Health Data Archive website, Regarding the question of whether the responder has ever used Marijuana, by race, Native Americans came in at 45.3 percent, with the national average being 40.4 percent. Native Hawaiians and other Pacific Islanders were the only ethnicity with a greater percentage, at 46.5. People of mixed race were at 44.5 percent, coming in third and being heavily composed of people from one of the two aforementioned ethnicities. African-Americans were at 37.9 percent, whites at 44.9 percent, Hispanics at 26.8 percent, and Asians at 16 percent.

A Sept. 2008 article by Jon Gettman, Ph.D., “Consistent, Persistent, and Resistant: Marijuana Use in the United States,” reports that monthly Native American use of Marijuana in 2007 was at 7.9 percent, only second to mixed-race people at 10.4 percent. A national average of 5.8 percent said that they had used cannabis in the past month. Once again it is reported that of the mixed race category, over 50 percent indicated they had some Native American ancestors.

Many tribes have sacred strains that they have grown for hundreds of human generations. As a Native American from more than one tribe, I have some of this information from my direct traditions with the cannabis plant. The rest of my knowledge comes from reading field studies and test reports from dig sites.

A lot of these aspects of Native American culture have been considered illegal at one time or another, particularly in the United States, where it has been a major aspect of religious freedom and legal controversy. Native American religions are only fully legal on reservations. We do not have our doors broken down for saying prayers, but most ceremonies exist in a legal gray area, even when it is only songs, dances, fasting, and sweat lodges. In my state, Indiana, there are no reservations, but there are sweat lodges and other ceremonies on private lands. Native Americans are not allowed access to most of our sacred lands in most states.

There is one tribe I am descended from, which I cannot trace. My maternal grandfather’s maternal grandmother was part native from one Indiana tribe, but he either does not know which, or won’t tell, because it is not a Christian side of the family. I tend to identify more with my tribal heritage from the Southwest on my dad’s mother’s side—the last member of my family to be full-blooded, though of mixed tribe. I live in the state whose name means the land of Indians, but have no full access here to sacred grounds, nor to a reservation. It is difficult to fully practice any ritual in open spaces, with other Native Americans who fully understand and respect the traditions and beliefs that have been passed down since long before 1492.

With legalization stampeding ahead, many long-term cannabis activists are very concerned about unnecessary regulations and over-taxation.  A report issued this month by a task force has informed the federal government about the current situation and made a series of recommendations that contain good, bad and ugly suggestions that the Liberals will take into consideration when […]

Courage. Compassion. Commitment.   On Oct. 20, 2010, the cannabis community lost one of its great leaders. Michelle Rainey, one of Canada’s foremost medicinal marijuana activist, succumbed to cancer with her husband Jef Tek and her mother Emilie by her side. Michelle was a bright light in the community, combining courage and commitment to her […]