Deprecated: The $control_id argument is deprecated since version 3.5.0! in /home/oq5ayjaeetjt/public_html/wp-content/plugins/elementor/modules/dev-tools/deprecation.php on line 304
 Hemp Machines - Cannabis Digest
Skip to content 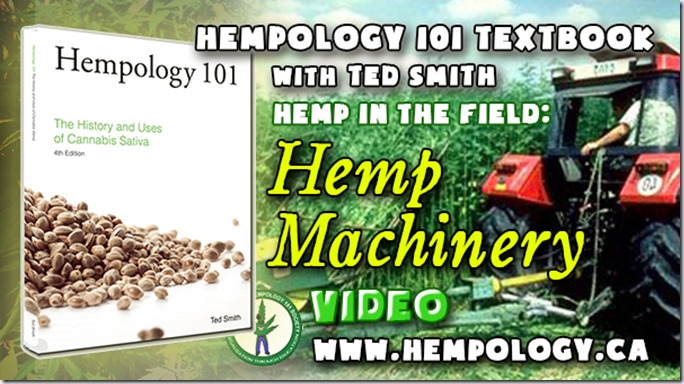 After decades of attempts by inventors around the world, George Schlichten announced the successful creation of a decorticator in the summer of 1917.  Just one year after the fact hemp hurds could be used for paper was discovered, this seemed to give hemp the boost it needed to retain its place as the top agricultural crop on the planet.  Instead, this invention became the final straw for the competition, who worked together to attempt to eliminate the cannabis plant altogether.

Forgotten until Jack Herer released his epic book, THE EMPEROR WEARS NO CLOTHES, in 1986, Schlichten’s invention should have revitalized hemp production for many reasons.  Historically hemp was valued for its strong fibers but cursed for how hard it was on man and machinery.  George’s decorticator was able to cut off the top of the plant, returning many of the nutrients used to grow the crop, while gently crushing the stalk in such a way that the soft core, aka hurds, separated from the long fibers on the outside.

The fibers produced by George’s machine were far superior to any made by other decorticators, almost as nice as could be made by hand.  Suddenly hemp became a threat to cotton once again. As we will discuss in a later chapter on the history of prohibition, hemp’s competition quickly grew as it became more useful and profitable for farmers.  Indeed, if it were not for Jack’s book this machine and the real reasons behind prohibition might still be hidden from the general public.

If you want to learn more about the stunning history of the most useful plant in the world, please buy my book, HEMPOLOGY 101: THE HISTORY AND USES OF CANNABIS SATIVA.  Alternatively, you could subscribe to the youtube channel, where we post weekly video blogs.  Also, do not forget the Cannabis Digest publishes a daily blog, keeping you up-to-date on all of the happenings in the industry in Canada.

By Ted Smith for the Cannabis Digest Rarely does an opportunity to act in a feature film fall into your lap.  It is almost impossible then to be asked to virtually play yourself in the movie, even getting to introduce yourself, using your real name in your own place of business.  An illegal business, to […]