This is the Second part of a five part blog series concerning the upcoming Federal election.

The Liberal Party of Canada is unequivocal in their support of cannabis. Justin Trudeau has stated that if his party forms a government that they will begin working on changing the law immediately. Over the past 30 years the Liberal Party of Canada has been in favour of medicinal cannabis, decriminalization of small amounts of dried cannabis, and most recently full legalization of cannabis.

From 1993 – 2004 The Liberal government brought regulations into effect to allow access to medicinal cannabis for individuals who met certain criteria. First as an Exemption to Section 56 of The Controlled Drugs and Substances Act and later as the Marihuana Medical Access Regulations. “The MMAR program was intended to clearly define the circumstances and the manner in which access to marihuana for medical purposes would be permitted. It contained three main components: authorizations to possess dried marihuana; licenses to produce marihuana, which include Personal-Use Production Licences and Designated-Person Production Licences; and access to supply of marihuana seeds or dried marihuana.”

In 2003, a bill was introduced under Jean Chrétien’s Liberal government, which would decriminalize possession of small amounts of cannabis. The bill looked likely to pass, but the parliamentary session was prorogued (reset) and the bill died. The following year the bill was reintroduced under Paul Martin’s minority Liberal government, but like its predecessor it did never came to fruition – this time due to the Liberals being defeated in a non-confidence vote, which in turn ushered in our current Conservative governmental era. Since 2004 the Marihuana Medical Access Regulations changed significantly and in July of 2013 the Conservative government enacted a new set of laws under the Marihuana for Medical Purposes Regulations (MMPR).

While speaking in Kelowna in 2013, Mr. Trudeau (newly elected as the party leader) said: “I’m actually not in favour of decriminalizing cannabis. I’m in favour of legalizing it – tax and regulate…It’s one of the only ways to keep it out of the hands of our kids.” At a campaign stop in August, he stated: “One of the things that we’ve seen is that Mr. Harper’s approach on drugs is actually financing gun runners and street crimes. . . Mr. Harper has failed in his drug policy. It is time that Canada regulated and controlled marijuana to protect our kids, to protect our communities, and to prevent the funds from flowing into the coffers of drug runners and street gangs. It is time that we did that. It is time that Canada adjusted to the reality that controlling and regulating marijuana is a way of both protecting our kids, protecting the public, and ensuring that we are not financing gangs to millions and millions of dollars. And that is what we are committed to and that’s what we’ll get cracking on when we form a government.” 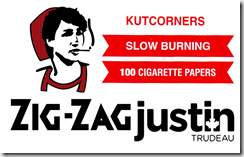 Even though the Liberal’s have a stated that they will legalize cannabis – citing high costs of policing, keeping it out of the hands of children and youth, as well as the revenue gained from taxes – it is difficult to find any particulars as to how they plan on doing so. Furthermore, there is no plan for patients who currently fall under the MMPR – it leaves patients on very shaky ground, yet again. Mr. Trudeau has not committed to any plan to facilitate patients transitioning from the current system into a sudden legalized Canada. Will patients still have access to high quality medicinal grade cannabis? How long will it take for our government to hammer out the particulars of legalization and what will happen in the meantime? Will the current regulations still stand?

It seems as though we are left with more questions than answers. It is our responsibility as citizens of this country to ask these tough questions. Please take the time to get out to any public meetings that you can  or better yet, visit your local candidate’s office and ask your questions in person! It is important to make an informed choice when casting your ballot. This is the only way to ensure your voice is heard.

For more information regarding The Liberal Party of Canada’s platform or to find out who your Liberal candidate is follow the link below:

This is the Second part of a five part blog series concerning the upcoming Federal election.

Digest Admin·July 22, 2016
There are no comments yet No comments