Deprecated: The $control_id argument is deprecated since version 3.5.0! in /home/oq5ayjaeetjt/public_html/wp-content/plugins/elementor/modules/dev-tools/deprecation.php on line 304
 Making Cannabis NORML - Cannabis Digest
Skip to content

The National Organization for the Reform of Marijuana Laws of Canada

Never has there been a more important time for cannabis activists across Canada to work together as much as possible.  With so much momentum towards positive change happening, we need to coordinate our efforts to ensure that new regulations governing the sale and production of cannabis work in the best interest of individuals and the greater community.  NORML Canada has the potential to bridge the gaps among activists that have kept us from coordinating our legal and political efforts to legalize cannabis.

While most of us have chosen a life outside of politics, it is very important that we collectively pressure all political parties to support or create progressive, reasonable regulations for cannabis distributors and consumers, patients and connoisseurs.  With an election looming this fall and cannabis a regular feature on the news, this is a critical time for us to get our message out.  We may disagree on which party to support, but I think we can agree that all politicians from all parties need to be fully educated on the follies of prohibition, and the benefits of thoughtful regulations.

Most people in the movement recognize the National Organization for the Reform of Marijuana Laws from its work in the USA, where is established itself as the first and premier activists’ organization in 1970.  By focusing on ballot initiatives, NORML has helped decriminalize possession in some states, create medical cannabis laws in others, and legalize cannabis in a few.  By pooling their resources, this collection of lawyers, smugglers, patients, educators and activists have managed to build an impressive network.

Meanwhile, the path of NORML Canada has not been so smooth. There has been an active group here since 1978.  However, several factors kept the organization from flourishing, the size of the country certainly being one.  Most of the group’s focus appears to be behind the scenes, with a great deal of effort on political lobbying rather than protesting.  This has limited the profile of the group, as seeking attention or planning events has not been as a directive.

NORML Canada is going to change.

It is my intention as publisher of the Cannabis Digest, to bring a new wave of energy to NORML Canada, expanding its mandate so that it becomes much more active in the cannabis community.  Further, much of my work will be directed at the legal battles across Canada, using my experience with the Smith case and other trials.  Since NORML Canada is lead by veteran lawyer John Conroy, along with Kirk Tousaw and Paul Lewin from Toronto, it has not been hard to convince the group to put energy towards important legal challenges.

After years of attempting to build a national network of student clubs under the Hempology 101 banner, this seems a much more intelligent direction for my efforts.  Working with students is very rewarding but very time consuming, as there is a high turnover in school.  While I will continue to work with the student clubs at UVic and UBC, and organize the events we hold throughout the year in Victoria, it is my plan to work with NORML Canada to help take things to the next level. 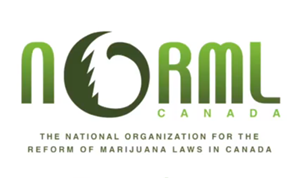 In Canada the political climate is very different from the USA, so the strategy here needs to reflect that.  Most of the major steps forward here have been the result of court challenges and open defiance of the law, while in the states the major changes have come from ballot initiatives and individual lobbying efforts.  No doubt it will always be important for NORML Canada to pressure politicians for sane policies, especially during election periods, but there should be more effort put into court challenges, as they are where we have made our greatest gains.

Indeed, in the US, there is a Law Committee within NORML that coordinates a number of projects.  They have a list of lawyers throughout the country who are known for having a good understanding of the relevant case law, and how to  bargain with prosecutors.  An annual conference of lawyers gives the committee a great opportunity to keep legal advocates up-to-date on trends in court, available expert witnesses, and informed interpretations of recent decisions.

A similar law committee could prove very useful in Canada, and it is my intention to help create such a committee.  Lawyers here need to earn something called CLE credits annually by attending accredited workshops and conferences authorized by a law society.  It will take a lot of effort, but I firmly believe such a convention, if properly organized, could bring a huge wave of help from young and old lawyers alike.

First, we need to build upon the dozens of volunteers NORML Canada has across the country, bringing the numbers to hundreds, then thousands.  It is an ambitious plan but one worth the effort.  Since everyone is affected by the law, either directly by getting arrested or indirectly by living under whatever conditions the law creates, most mature cannabis consumers should be involved in the struggle to fully liberate the plant.  NORML Canada will be the best network within which that can happen.

One of the best ways for NORML Canada to become more relevant and influential is to hold benefits for important court cases, and help raise public awareness about individual cases of hardship due to law enforcement action.  Many people arrested have few resources to launch a proper court challenge, often quietly making plea bargains to avoid attention and further legal costs.  Likewise, writing press releases and organizing press conferences is far beyond the ability of most people going through court for cannabis offences, a role that NORML Canada could easily play in many cases.

Organizing benefit concerts to support individuals harmed by the law or in support of important court challenges like the Allard case, which is lead by the president of NORML Canada, John Conroy, will help build the NORML Canada network.  The Allard case in particular needs a great deal of support, financially and in the courtroom, and it is a case the entire cannabis culture should be supporting, as the right to grow your own plants should be one of the most important goals shared by everyone.  This case affects people across the country, now and into the future, and needs a national organization like NORML behind it.

In order to launch NORML Canada into the next level of activism, we are organizing Right To Grow conferences on Sept 19 and 20 in Vancouver, and Sept 26 in Toronto.  With the election close by, these gatherings will help pressure politicians to support sane cannabis policies, giving activists an opportunity to network and collaborate efforts leading up to the final days of the campaign.  This is the first time NORML Canada has attempted to organize large conferences and we hope that we can build the organization enough to host many more in other cities as the years go by.

In Vancouver we will be having two full days of speakers and workshops, plus several fundraising events in the evenings.  To help cover costs, NORML Canada has partnered with several businesses and non-profit societies–a great community building exercise.  All surplus proceeds will be going towards costs associated with the Allard case.

John Conroy will be flown to Toronto for the event, giving spectators a chance to hear for themselves how the Allard case is proceeding.  It will be very interesting to hear the lawyers discussing the differences between Vancouver and Toronto in terms of enforcement of the law, licensing of dispensaries and tolerance of vapor lounges.  John has been president of NORML Canada for a very long time, and his indepth knowledge and wise perspective will be well received.

In Vancouver it is our plan to have a full day of keynote speakers, generally discussing politics, law and the medical cannabis industry.  We plan upon giving representatives from the Liberals, NDP and Green Party a chance to speak about their party’s position.  Then an hour will be spent with Kirk Tousaw and John Conroy talking about the recent Smith decision, the Allard case, vapor lounges and dispensaries.  Finally, we will have spokespersons from Licensed Producers and dispensaries to hear about how the distribution of cannabis for medical purposes is working. 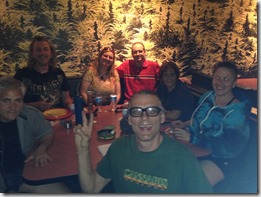 On the second day the group will be given the opportunity to break up into smaller workshops, giving those in attendance an opportunity to ask questions, make statements and offer assistance to each other.  There will be three, one-hour sessions, with participants having to choose between one of two workshops each hour.  Co-facilitators will give the group some focus, though it is expected there will be a wealth of experience on each topic in each room, and we hope to inspire conversations into actions.

Meanwhile, we will be doing everything possible to build the capacity of NORML Canada to generate political pressure towards legalization, and to coordinate within the legal community.  One of the key components to these activities will be quarterly membership meetings in areas where volunteers are great enough in numbers to warrant pushing this further.  The meetings will give members an opportunity to get up-to-date on political developments behind the scenes ,as well as discuss local and nationally important legal cases.

While it will never be possible to get everyone in the cannabis culture working together at all times, there should be times and places we can learn to work together for the greater good.  This election demands we try to work together to eliminate the Conservatives from government, and there is no other organization but NORML Canada ready, willing and able to lead that charge.  Join us as we tear down the final bricks of the walls of cannabis prohibition.

The History of our Non-Profit Society

By Ted Smith Many people have been excited about cannabis legalization because they see an opportunity to make fast money.  While some fought hard for patient rights, ultimately turning the tide from prohibition to legalization, many were drawn into the cannabis industry with illusions of profits galore.  For myself, the goal is making the world […]