It is with great pleasure that we announce that five intervenors have been accepted by the Supreme Court of Canada in the March 20 hearing of Owen Smith.  One of the applications is actually a joint submission by three organizations working together, the Canadian AIDS Society, the Canadian HIV/AIDS Legal Network and the HIV & AIDS Legal Clinic of Ontario.  One the other hand, no organization appeared to assist the federal government, something that will be quite obvious in the courtroom where it may be twelve lawyers on the defense side against two for Health Canada.

In some other outstanding news for the case, veteran lawyer John Conroy will be joining our attorney Kirk Tousaw in Ottawa.  Fresh from the injunction currently being held in Vancouver, these two enthusiastic advocates make a powerful team. John has appeared before the Supreme Court of Canada in two other significant drug cases, the Caine/Clay/Malmo-Levine decision of 2003 and the Insite decision regarding the safe injection drug site in Vancouver.  Since virtually the same arguments are being made in the injunction, with Dr. David Pate making another court appearance too, they will be well versed in these matters and make an incredible one-two punch.

Other intervenors will perfectly compliment the defense.  The experience that comes with the Canadian Civil Liberties Association, Criminal Lawyers Association (Ontario) and BC Civil Liberties Association will provide a solid back-up.  A strong showing from criminal defense lawyers will help prove to both the court and the public that no one should be able to be convicted of a law that has been proven to violate the rights of Canadians.  This very important principle is occasionally not followed in cases across Canada, in matters far beyond drug laws.

This matter of legal standing will be highly contested, as Owen is not a patient and was not registered as a Designated Grower under the Medical Marijuana Access Regulations.  Crown prosecutors are concerned that their ability to convict criminals will diminish if defendants can argue any constitutional flaw in a law should result in an acquittal.  Lawyers and activists are concerned that breaches in the Charter of Rights and Freedoms could be tolerated until the SCC hears a particular case where an individual is directly affected by the violation.

The final intervenor is Sante Cannabis, a business in Montreal that connects doctors, patients and Licensed Producers under the Marijuana for Medical Purposes Regulations.  Since we are expecting a blog soon from that organization, I will only say at this point that we are certainly thankful to have their support, which will give the court a perspective on the new regulations.  Since Owen was arrested before the MMPR were announced, there is no evidence from the trial regarding the new regulations, something that must be considered when the remedy is written. 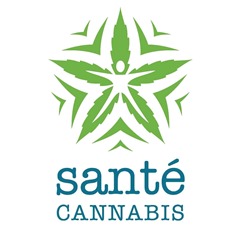 Of course, this trial centers around the fact that the old and new regulations of Health Canada do not allow patients to make extracts from their legally obtained cannabis, including tea, hash and butter. Owen was arrested in the kitchen of the Victoria Cannabis Buyers Club, the oldest medical dispensary in the world.  After convincing Justice Johnson of the BC Supreme Court that he law was unconstitutional, lawyer Kirk Tousaw won a split decision of the Court of Appeal of BC when the government appealed.  This will be the first ever medical cannabis case heard by the Supreme Court of Canada.

With so much at stake, a large group of patients, activists, reporters, entrepreneurs and policy makers are expected to appear in the galley of the SCC.  Having so many intervenors helping prove the government is wrong will ensure patients get access to all of the potential medical benefits the amazing cannabis plant has to offer.