I had never heard of juvenile arthritis until one day when I was working at the VCBC; a very warm and friendly senior couple, Ian and Margie came through the doors. Right away, I noticed two bright, contagious smiles while I served them, delighted to hear them express how cannabis had saved their lives.

Margie handed me a bill and I saw that each finger was balled into tight, painful looking cramps. I asked her if it hurt and handed over her cannabis cookies. 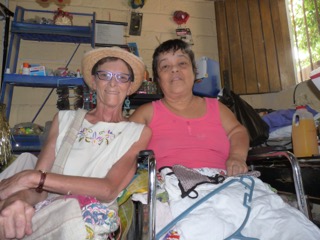 She looked at me and said, “Ahhh, it’s not so bad when I have these. Plus, someone has is worse than me.”,  as she smiled warmly from her eyes to her heart.

October 17, 2018, the day recreational cannabis becomes legal in Canada is not a day that Margie is looking forward to; the threat to shut down compassion clubs that do not comply with these regulations will affect medicinal access to thousands… Margie is one of them.

I sat down with Margie and her partner Ian to talk about her health, their life together and how cannabis has made an impact.

Can you tell me a bit more about your condition?

Margie – I was diagnosed with Juvenile Rheumatoid Arthritis when I was in my twenties but I can remember having it since I was 5 years old. It is severe. I have had surgery on almost all of my joints but especially my knees, shoulders and feet.

How and when did they start to treat you?

Margie – Immediately, I was put on a regular Aspirin regimen. I was given Aspirin at least every 4 hours to help deal with the severe pain and inflammation. I took about ten per day at minimum from 5 years old until my early twenties. They also tried giving me all sorts of different types of shots. I had gold shots for a while. Literally injections of liquid gold mixed into a solution and they were supposed to help. Thinking back, I guess they kind of did.

Margie – It was really tough and very painful. It did a lot of damage to my stomach and cause me a great deal of nausea. That’s actually why they stopped giving me Aspirin; taking it so regularly for so long had really wrecked my stomach. So, they tried all sorts of other treatments, like the gold injections.

Ian – She has really been through so much. She has had every medication given, known by our Doctors, specialists, right up to the most expensive which you do not get until everything else has tried and failed.

I have to ask, how expensive were the gold shots? 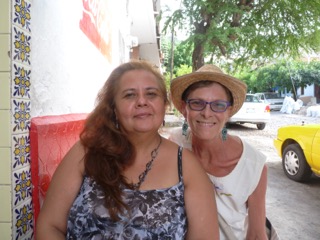 Margie – Oh they were probably a lot but I don’t know for sure, the government paid for them. They were doctor prescribed.

Ian – The most expensive medication she was on was a family of biologics which gratefully has been paid for by Pharmacare. It cost our government $20,000 per year.

What other treatments has your doctor prescribed?

Margie – Over the years, I have tried so many different things and a lot of them have worked for a little while. Having Rheumatoid Arthritis is like have having your body constantly at war with itself, producing too much or too little of the wrong enzyme. The condition is always changing; the problem with my body and pharmaceuticals is that eventually, I would have a reaction to the treatment. I have come quite close to dying.

Ian – Margie has been on three different forms of these biologic drugs and they have all worked amazingly well for a time and then quit. One of them turned on her. Instead of attacking the arthritis it attacked Margie.

That is terrifying. What happened to you?

Margie – I had a reaction to one of the medications I took. It acted to block the enzyme that created all of my severe inflammation until one day, it just reacted. All of my ribs, shoulders and neck became so inflamed that I could barely use my chest muscles to draw a breath. My heart began to swell from the strain and I couldn’t even speak to express what was happening.

I should have called and ambulance but didn’t as I had been through this before. Ian gave me cannabis oil and slowly, my body relaxed.

Ian – Her heart swelled up, her lungs were full of a liquid. She had large blisters all over her body, full of a liquid no one knew what it was. When the blisters broke her skin was dry, red, cracked and bleeding.

That is when I found where to buy an ounce of phoenix tears, pure marijuana  oil. I gave Margie the oil in large increments half hour apart, that’s when her swelling went down in her heart. Her lungs cleared up, her pain went away and the blisters healed. It was like a miracle.

I have no doubt that this attack could have killed Margie. I believe the marijuana oil saved her life. 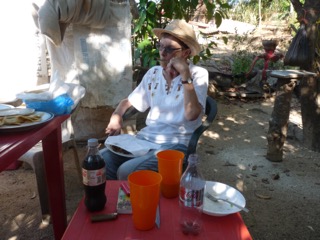 Was that the first time you had used cannabis?

Margie – No, I think it was 1981 and I was in my twenties. I was having another episode where my body was reacting to the treatment and I was lying on the floor, in agony. My boyfriend at the time used pot and I didn’t care but I had never ever tried it. I was in such severe discomfort and it gave him the idea. He said something to me like, “You know I think I heard that pot is really good for pain” and I was desperate for relief. One toke and I had instant relief. I slept 12 hours that night for the first time that I could remember.

What was the attitude towards cannabis at the time?

Margie – It certainly wasn’t legal and was frowned up. It was risky to get but it worked so well for me. I was very strict with my use and only smoked medicinally, never for a recreational purpose. I used it only when my condition was really bad.

Can I ask, Are you in a lot of constant pain?

Margie – My pain can depend on a lot of factors but at the moment I am doing pretty good. If I don’t regularly dose with my THC oil, it can escalate. Plus, it all depends on how much I move. It’s like a grinding sensation on my joints, the more I do it continuously, the worse it feels.

Can I ask a bit more about cannabis and how much you use?

Margie – I have used a lot of different types of cannabis medicine in the past but I find that concentrated THC Oil works the best for me. Of all the types I have used, a company called Viridesco makes an oil that work better than anything for me.

Ian – I have bought many brands and even had some made for her but these ones work the best.

Margie – I started always going for Indica but I tried the sativa and the results are beyond what I could have hoped for. Its like my body isn’t getting used to the different strains but the company has a high standard for quality so all of it is working.

How much do you take? 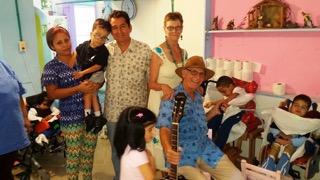 Margie – I take anywhere from a grain of rice to a frozen pea’s amount roughly every 4 hours, morning to night. That is all I take. I don’t take any pharmaceuticals; this is my only medicine and it works better than anything else I have ever tried. I am getting older and my body can’t take another reaction. I wouldn’t live through it.

I have no doubt in my mind, cannabis is my medicine and I would die without it.

Margie buys her oil at an illegal compassion club, the VCBC. Viridesco produces the life saving medicine Margie depends on. There is no place for either of them under these new, recreational regulations but for people like Margie, if they do not continue to operate regardless of the law, the consequences can be fatal.

Ian –  Victoria BC has an attitude that has been excellent for people such as us to get our medicine. Also our club VCBC. which found for us the most excellent oil which Margie uses every day now. With this oil and the drug to help with inflammation we are winning the war against arthritis.

Thank God for our our club and for the Viridesco oil we now use…That we are in jeopardy of losing thanks the so many government regulations.