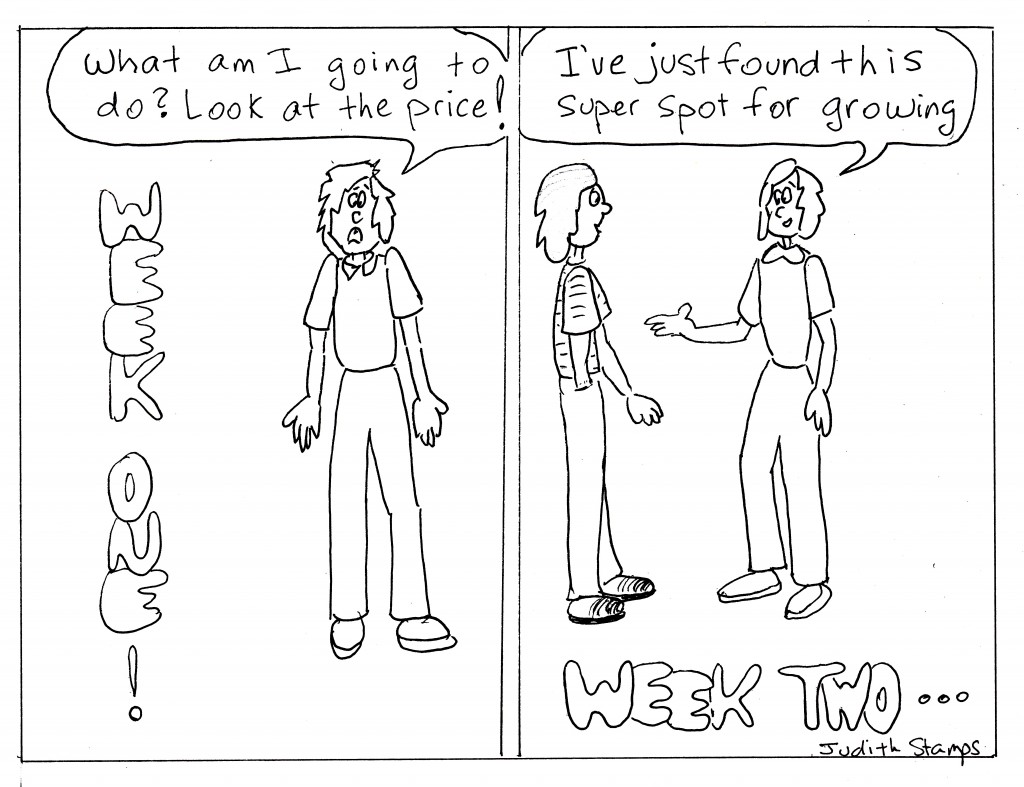 Last week’s blog described medical marijuana in Washington State as a program in peril, due mainly to the peculiar implementation of I-502. This week I analyze the recreational side of things. As we know, the Initiative accorded the power to plan and regulate the new system to the State LCB. In what follows, I argue that, in establishing its version of the industry, this board has edged out many of the State’s knowledgeable, quality oriented practitioners, while guaranteeing a continued and robust level of black market activity.

In 2013, the LCB established a lottery for determining who would be granted a State License for producing, processing or retailing marijuana. While lotteries can be fair and reasonable, the rules set for the Washington State lottery were anything but. The LCB’s only requirements for applicants were a clean slate as determined by a criminal record check; proof that the applicant had a lease agreement for a suitable location; and a fee of $250.00.

Applicants did not have to demonstrate experience, financial backing, or any knowledge of the business at all. This meant that talented and well-versed hands had to compete with and lose out to rank beginners, whose plans may have contained little more than dollar signs. There was nothing necessary about this aspect of the policy. In a letter to the WSLCB’s Rules Coordinator, written in December 2013, City Attorney Pete Holmes raised this subject, suggesting that licensing preference be given to existing medical marijuana facilities who otherwise were complying with I-502 requirements. If the Rules Coordinator heard it, she ignored it.

The low fee of $250.00 was a wide-open invitation; 7,000 applied, watering down further the pool of experienced applicants. Consider that the cost of licenses in Colorado ranged from $4, 500 to $14, 000, and most of those went to well-established dispensaries. The low fee also invited speculators: applicants who intended only to sit on their licenses in order to sell them for a profit. By July 2014, the LCB had issued 79 licenses. The following September, it sent letters to 55 license holders, warning them to move forward with their plans or forfeit the license. That makes 55 out of 79 applicants who appear to have had little interest in cannabis.

ALLYING WITH THE FEDS

After a year of petitioning the Federal Justice Department, the LCB was granted access to the FBI’s database for the purpose of conducting background checks on license applicants. Those pretty much nixed the participation of all applicants with a ‘record’ for growing. In a sane world, these would have been sorted out. Further, the LCB’s website notes its intention to comply with eight points set out by the Justice Department for states wishing to legalize marijuana. Of these, the board took to heart the requirements to prevent distribution to minors; and to prevent diversion to other states. There was no requirement to keep prices below or at the level of the black market.

In compliance, the LCB set its sights on keeping prices high. Its three-tiered system separates producers, processors, and retailers, and imposes an excise tax of 25% on each successive level. That’s a lot of tax. The board has complemented this tax burden by squeezing supply. Thus far, it has limited growing to two million square feet, or forty-five acres of canopy in total. According to Rolling Stone’s Bruce Barcott, this figure represents a quarter of what is needed to meet demand statewide. Outrageous taxes and enforced shortages have yielded a retail price of $25-30 per gram, three times the level charged by Washington’s collective garden dispensaries, or by Colorado’s shops, and four to five times the level of the street. Without a real change in policy, these prices will not come down.

The high prices make store bought marijuana less inviting to kids—maybe. As least they are believed to keep the soccer moms happier. They absolutely discourage diversion to other states or indeed, to anywhere else on earth. They might even quiet the feds. But they do nothing to encourage regular, longstanding participants to buy from the stores. Rather, they invite a continuation of life as it was, decorated with storefronts that provide a façade of legitimacy.

The LCB’s high price strategy also goes a long way to explaining its wish to force medical marijuana into its storefronts. If diversion is its key concern, the lower prices currently charged to patients cannot be seen as acceptable. What if they continue to grow plants and drive down prices? What if they share?

The LCB permits growers to use 200 different pesticides, for which it does not test. Testing is left to the market. Who wants to ingest toxins? Washington’s three-tiered system makes it illegal for marijuana retailers to have any interest in growing or processing. This means that they have no control over the use of these pesticides. In fact it means that they have limited control of any aspect of the product. In Washington State there will be no legal artisan retailers, no shopkeepers who are first and foremost, committed to maintaining a standard. If pesticides are in, many traditional, ethical participants will be out. That is to say they will not likely be found running the shops. They’ll be hanging out…somewhere else. 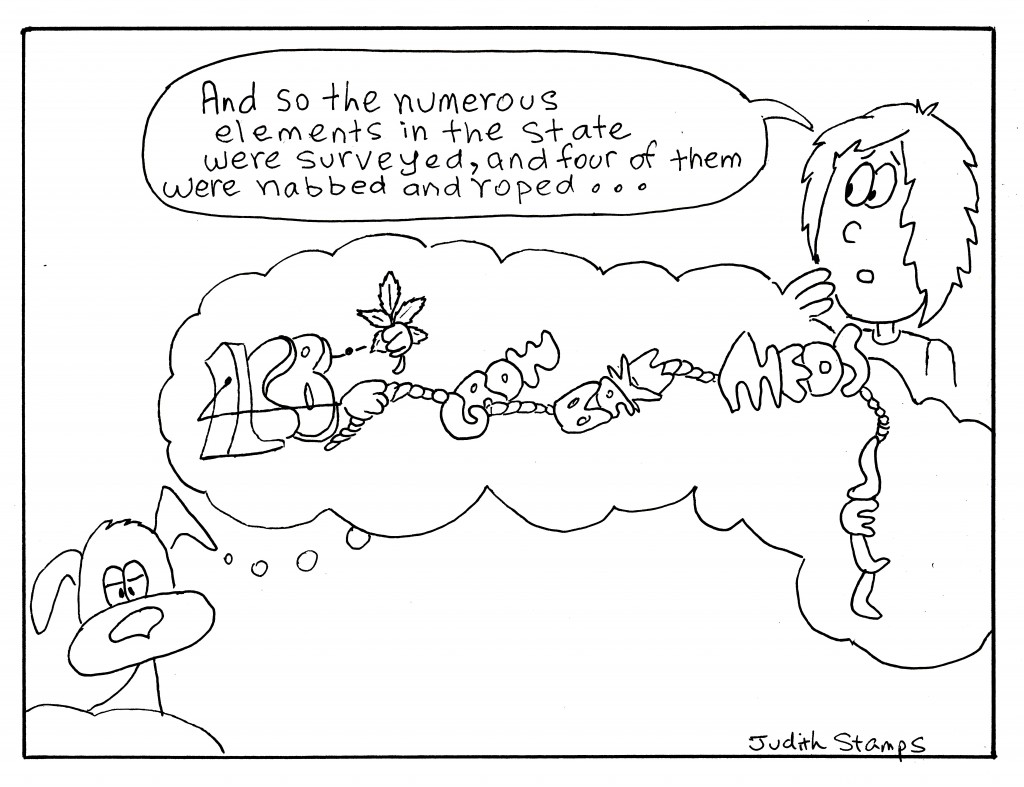 KEEPING IT IN THE SHADOWS

Consider what keeps the alcohol business on the straight and narrow. Fair prices, of course. But equally important are the conditions that make for a sense of comfort within the marketplace. Those conditions include freedom to purchase and keep as much as one desires, and freedom to consume in congenial, public settings: pubs, restaurants and ticketed public events. These are precisely the freedoms denied marijuana fans. They must fear inspection of their home supply, as state law limits possession, and keep themselves veiled and cloaked, as it forbids all public enjoyment. These are limitations best suited to the shady side of an industry, not its sunny side.

The LCB, along with most of Washington’s elected representatives, is conspiring to force patients to buy from the state’s legal shops. Absurd pricing aside, the board cannot have much understanding of what it is presuming to take on. In the medical realm there are, besides the usual fare, varieties of cannabis oil capsules suited to different conditions, salves, topical creams, special concentrated oils for controlling infant seizures, suppositories and tinctures. When was the last time you found tinctures at a liquor store? If the LCB fails to perceive these remedies do they go away? If experienced medicine makers are shuffled off to the margins, will their knowledge disappear? Nope. It’ll just stay on the dark side. That’s where the best expertise will be anyway.

Perhaps the clearest examples of the LCB’s folly are legal stores in Seattle, all two of them. Why only two? First, there is a thriving open market in the city, complete with delivery service. The open culture exists in part thanks to Seattle’s law enforcement officers, who have mostly sworn off beating up on pot fans. But second, what Seattle pot aficionado is going to pay $30.00 a gram? Seattle’s shops will serve out of state visitors and local newbies. They’ll be eyewash to everyone else. As to the patients, they will do what they have to do. So will the rest of Seattle. So will the rest of the state. They’ll just stay in a different world, the old world. Should key players in the legislature or the LCB experience an epiphany, there will be more marijuana shops in Seattle, along with a flourishing set of medical dispensaries and home gardens.

SOME KIND OF LOGIC

Is there any logic to supporting a black market? In places where talented and knowledgeable players are banished from polite company, yes. If they are banished, their expertise is lost. Somewhere in the collective, reptilian brain of federal agencies, state bureaucracies and legislatures lies a vague recognition that for the future of the marijuana enterprise, this expertise is to be protected, at least so that it can be observed. Therein lies breathing space for the activists. They need to demonstrate their superior knowledge, and continue to demonstrate it. Since 2011, expert activists have induced an accelerating number of epiphanies. Given the plan in place for Washington State, it looks like they will need to keep it up a bit longer. Meanwhile they should rest assured. They’re in really good company.

Ted Smith Proposed regulations for dispensaries drafted by staff for the Victoria city council suggest following the lead of Vancouver to prohibit cannabis edibles, but there is another option council may take.  Instead of an outright ban of anything but basic oils infused with cannabis, the city could adopt regulations that follow the policies laid […]