Deprecated: The $control_id argument is deprecated since version 3.5.0! in /home/oq5ayjaeetjt/public_html/wp-content/plugins/elementor/modules/dev-tools/deprecation.php on line 304
 Medical Marijuana: A Note of Caution - Cannabis Digest
Skip to content

Like everyone else who has been working over decades to ensure that marijuana, with all that it has to offer, is allowed to take its proper place in our lives, I have been heartened by the rapidly growing pace at which it is gaining understanding as a safe and versatile medicine.

In addition to the relief it offers to so many patients with a large array of symptoms and syndromes (almost invariably at less cost, both in toxicity and money than the conventional drugs it replaces), it is providing those patients, their caregivers, and the people who are close to them an opportunity to see for themselves how useful and unthreatening its use is.

It has been a long and difficult sell, but I think it is now generally believed (except by the United States government) that herbal marijuana as a medicine is here to stay. The evidence which underpins this status as a medicine is, unlike that of almost all other modern medicines, anecdotal. Ever since the mid-1960s new medicines have been officially approved through large, carefully controlled double-blind studies, the same path that marijuana might have followed had it not been placed in Schedule 1 of the Controlled Substances Act of 1970 which has made it impossible to do the kind of studies demanded for approval by the Food and Drug Administration.

Anecdotal evidence commands much less attention than it once did, yet it is the source of much of our knowledge of synthetic medicines as well as plant derivatives. Controlled experiments were not needed to recognize the therapeutic potential of chloral hydrate, barbiturates, aspirin, curare, insulin, or penicillin. And there are many more recent examples of the value of anecdotal evidence. It was in this way that the use of propranolol for angina and hypertension, of diazepam for status epilepticus (a state of continuous seizure activity), and of imipramine for childhood enuresis (bed-wetting) was discovered, although these drugs were originally approved by regulators for other purposes.

Today, advice on the use of marijuana to treat a particular sign or symptom, whether provided or not by a physician, is based almost entirely on anecdotal evidence. For example, let’s consider the case of a patient who has an established diagnosis of Crohn’s disease but gets little or no relief from conventional medicines (or even occasional surgery) and suffers from severe cramps, diarrhea, and loss of weight. His cannabis-savvy physician, one who is aware of compelling anecdotal literature suggesting that it is quite useful in this syndrome, would not hesitate to recommend to this patient that he try using marijuana. 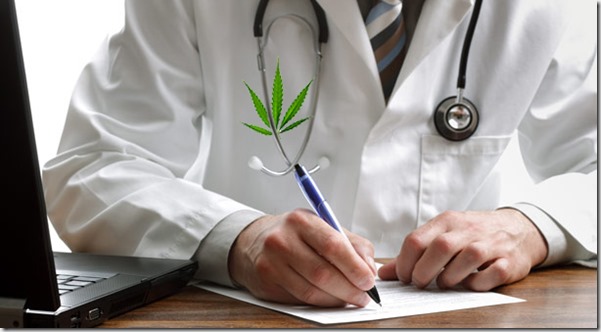 He might say, “Look, I can’t be certain that this will help you, but there is now considerable experience that marijuana has been very useful in treating the symptoms of this disorder, and if you use it properly, it will not hurt you one bit; so I would suggest you give it a try and if it works, great—if it does not, it will not have harmed you.” If this advice is followed and it works for this patient, he will report back that, indeed, his use of the drug has eliminated the symptoms and he is now regaining his weight; or that it doesn’t work for him but he is no better or worse off than he was before he had a trial of marijuana.
Particularly in states which have accommodated the use of marijuana as a medicine, this kind of exchange is not uncommon. Because the use of cannabis as a medicine is so benign, relative to most of the conventional medicines it competes with, knowledgeable physicians are less hesitant to recommend a trial.

One of the problems of accepting a medicine, particularly one whose toxicity profile is lower than most over-the-counter medicines, on the basis of anecdotal evidence alone is that it runs the risk of being over-sold. For example, it is presently being recommended for many types of pain, some of which are not responsive to its analgesic properties. Nonetheless, in this instance, a failed trial of marijuana is not a serious problem; and at the very least both patient and physician learn that the least toxic analgesic available doesn’t work for this patient with this type of pain. Unfortunately, this kind of trial is not always benign.

In the January issue of High Times, Steve Hager published an article, “Rick Simpson’s Hemp-Oil Medicine” in which he extols the cancer-curing virtues of a concentrated form of marijuana which a Canadian man developed as “hemp-oil.” Unfortunately, the anecdotal evidence on which the cancer-curing capacity is based is unconvincing; and because it is unconvincing, it raises a serious moral issue.
Simpson, who does not have a medical or scientific education (he dropped out of school in ninth grade), apparently does not require that a candidate for his treatment have an established diagnosis of a specific type of cancer, usually achieved through biopsy, gross and histopathological examinations, radiologic and clinical laboratory evidence. He apparently accepts the word of his “patients.” Furthermore, after he has given the course of “hemp-oil” there is apparently no clinical or laboratory follow-up; he apparently accepts the “patient’s” belief that he has been cured. 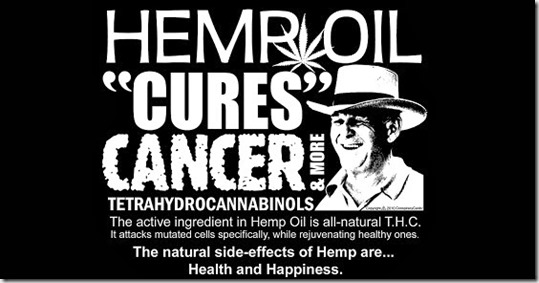 According to Hager, he claims a cure rate of 70%. But 70% of what? Do all the people he “treats” with hemp oil medicine have medically established, well-documented cancer or is he treating the symptoms or a constellation of symptoms that he or the patient have concluded signify the existence of cancer? And what is the nature and duration of the follow-up which would allow him to conclude that he has cured 70%?

Furthermore, does this population of “patients with cancer” include those who have already had therapeutic regimes (such as surgery, radiation, or chemotherapy) which are known to be successful in curing some cancers or holding at bay, sometimes for long periods of time, many others?

There are patients who have a medically sound diagnosis of pre-symptomatic cancer (such as early prostate cancer) but who, for one reason or another, eschew allopathic treatment and desperately seek out other approaches. Such patients are all too eager to believe that a new treatment, such as hemp-oil medicine, has cured their cancer. Unfortunately, this cancer which was asymptomatic at the time of its discovery, will eventually become symptomatic and at that time the possibility of a cure is significantly diminished, if not no longer a conceivable goal.

This lesson was brought home to me when I was asked by the American Cancer Society during a period early in my medical career when I was doing cancer research to participate in an investigation of a man in Texas who claimed that a particular herb that his grandfather discovered would cure cancer.
I was able to locate two women who had well documented diagnoses of early (asymptomatic) cervical cancer who had decided not to have surgery but instead went to Texas and took the “medicine.” When I first met them some months after each had taken the “cure” they were certain that they were now cancer free. With much effort, I was able to persuade them to have our surgical unit perform new biopsies, both of which revealed advancement in the pathological process over their initial biopsies.
Both were then persuaded to have the surgery they had previously feared, and there is no doubt that this resulted in saving their lives. There is little doubt that cannabis now may play some non-curative roles in the treatment of this disease (or diseases) because it is often useful to cancer patients who suffer from nausea, anorexia depression, anxiety, pain, and insomnia. However, while there is growing evidence from animal studies that it may shrink tumor cells and cause other promising salutary effects in some cancers, there is no present evidence that it cures any of the many different types of cancer.
I think the day will come when it or some cannabinoid derivatives will be demonstrated to have cancer curative powers, but in the meantime, we must be very cautious about what we promise these patients.

Dr. Lester Grinspoon, author of Marijuana, the Forbidden Medicine and numerous related works, is the world’s foremost authority on medical cannabis. Associate Professor Emeritus of Psychiatry at Harvard Medical School, his research into cannabis began in the 1960s when he “had no doubt that it was a very harmful drug that was unfortunately being used by more and more foolish young people.” After decades of research, however, he has concluded that “Cannabis is remarkably safe. Although not harmless, it is surely less toxic than most of the conventional medicines it could replace if it were legally available. Despite its use by millions of people over thousands of years, cannabis has never caused an overdose death. Right now the greatest danger in using cannabis medically is the illegality that imposes a great deal of anxiety and expense on people who are already suffering.” Learn more about his work at www.rxmarijuana.com

Cannabis Carols are Coming to Town

Cannabis Caroling has been an annual staple of the International Hempology 101 Society‘s community activities for many years. As always you are invited to join the crew for a smokin’ sing out on Wednedsday, December 21st outside The Ministry of Health (Blanshard and Pandora) in downtown Victoria. Starting at 4:20. To get a sense for what to […]