Looking Back on Legalization from the Future

Jerry Golick, from the future…

It is an odd and bittersweet moment, though on the surface it seems perfectly normal. At the age of 66, I find myself in a most familiar place, that is, sitting in my favourite chair, about to engage in one of my most favourite daily routines. Everything involved in its performance will be exactly as it was yesterday, as it has been for almost all of my yesterdays stretching back through the decades. Yet today this most familiar routine will also be a unique and singular happening unlike any other I have ever experienced. Hence the oddness.

It will also mark the death knell of an important time in my life, even as it signals the start of a (hopefully) much better time. Which is why it is bittersweet as well.

Yesterday the performance of my daily ritual made me a criminal. Today I am free to do as I please. The transition has affected me more than I had anticipated. I certainly wasn’t expecting to feel any great mental or emotional load lifted from my shoulders. I haven’t felt guilty about my relationship with cannabis in years, and yet I realize now that I had become accustomed to the weight of prohibition, with its heavy needs for cautiousness and covertness. Now, as I sit in my favourite chair, feeling so much lighter, I ask myself, “What will it be like to be legally high?” 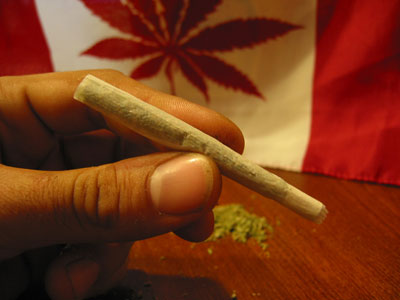 It is good to feel freed from the bondage of prohibition. The next joint I smoke will be filled (for the first time ever) with 100% legal cannabis, a blend I made myself from my own homegrown, some artisanal leaf purchased from a local dispensary, and some mail-order Kali Mist recently purchased from a large Licensed Producer. My use of this mixture seems appropriate, given all that has happened over the last 2 ½ years since the Liberals won their majority, in spite of (or perhaps because of – we’re still not really sure) their promise to legalize the Herb.

Few on both sides of the legalization movement were prepared for a strong Liberal majority win. The general expectation was a continued battle towards legalization in order  to move the cannabis file forward with whichever government was to come into power. To this day, I think the reason the Liberals won was not because of Justin’s charm but mostly because there were enough Tory, NDP and Green potheads willing to switch to a Liberal vote for just this one issue. But try to get anyone to admit it, eh?

Of course, what no one seemed to realize in those first few months following the election is that with the legalization of cannabis, the cannabis legalization movement was now done. After all, what is the role of a legalization activist after the battle has been won? 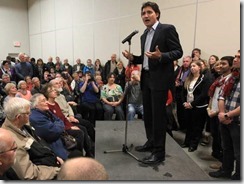 Following Bill Blair’s appointment as head of the legalization task force, many of the ex-activists became involved in trying to shape policy. And they weren’t the only ones. There were many interest groups who wanted to be heard. Being Canadians we didn’t do anything impulsive but took our time to find a pretty well-reasoned solution. Yes, it took somewhat longer than predicted, but in the end I believe a good compromise was reached. Once the potential size of the market was established, it became clear that there was room for all.

So Licensed Producers will be able to sell to anyone via the mail, dispensaries will be able to operate storefronts selling locally certified or LP product. The federal government will regulate production and the provinces distribution. Naturally, I expect there will be some teething problems. Regardless, everyone is eager to move forward into what will inevitably be an exceptionally fast-growing, smiley behemoth of an industry.

What about hemp? The sister-industry to pot is where the real growth is at, many say. Legal to grow with strict controls in Canada since ‘98, the twenty-year-old industrial hemp industry has recently hit its stride with a number of longstanding limiting regulations being removed.

Everywhere one looks, large industries, and individual craftspeople and artisans are beginning to investigate and embrace the seemingly infinite potential of hemp. These possibilities have been well established for years in the minds of cannabis aficionados. However, the vast majority of Canadians, now starting to discover it, are catching on quickly. At the dawn of legalization, hemp has hit the ground running.

The rest of the world is certainly looking at Canada anew. Some are skeptical, while others may be jealous. We made the front pages around the globe today saturating social media. #CanadaCanCannabis has been top trending for weeks. People are flying in from all over the world for the event. At exactly 4:20 today, April 20th, 2018, Canada will become the first nation in the world to fully legalize and regulate the recreational use of cannabis, and so the eighty-five year prohibition along with its unjust and downright cruel brainwashing sentiments that accompanied it are a thing of the past. Hallelujah. 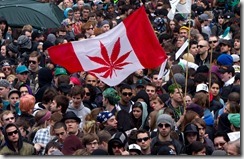 And wouldn’t you know, it’s a glorious spring day in a surprisingly massive swath of the country, one of those big, blue sky days. It is sunny just about everywhere from coast to coast to coast. We are in effect providing – with all this sun and the countrywide puff of legal smoke set to rise at precisely the big moment – a new baseline model for the rest of the world to follow. Something for the history books for sure.

It feels good to be a Canadian today, eh?

Still, as a cannabis legalization activist, honestly, what am I supposed to do now that cannabis is legal?

Perhaps there are still ways to make a difference.  Certainly the medical cannabis front still needs help. Colleges and provincial associations still have not relaxed their cover-our-asses positions, which has made them look rather silly, given that their patients are able to buy it freely without needing to bother them as the begrudging gatekeepers they have been. This must be changed if critically important research projects proving the value of cannabis as a medicine are to be conducted.

Also, the population at large could use a dose of cannabis education. There will now exist more opportunities than ever for recreational user novices and also for patients to unknowingly misuse cannabis. With the privilege of cannabis accessibility will come the responsibility for prudent consumption. Our society will have to learn about the many safe and appropriate choices which exist. Perhaps teaching them what to expect, how to select appropriate strains and dosage, and what to do if they overdose would be a worthwhile personal project.

However, I will think about the future tomorrow. Right now my phone is reminding me it is 4:20 PM. Time to fire up that fully legal log in front of me. Forgive me if I don’t invite you to join. It is something I want to savour on my own. The second log, however, well, that one we’re all sharing.

Jerry Golick, from the future

Jerry Golick is a Montreal-based medical cannabis activist and writer. He has been promoting the legal use of cannabis for over 20 years. He is motivated by a core belief in righting the injustices the cannabis prohibition has caused. He has lectured on the topic to diverse groups, as well as assisted physicians in developing educational programs on the subject. His articles have previously appeared on Cannabis Digest, Lift, Cashinbis, and other online websites.

Digest Admin·January 26, 2014
There are no comments yet No comments