On Cannabis and Alcohol: The Way I See It

It is common to see social media posts stating that alcohol is more dangerous than cannabis; that the industry targets youth with kiddie drinks; and that it is the real ‘gateway drug’. There is truth here. Alcohol, if not generally dangerous, is more deadly than cannabis. And kiddie drinks are a fact of life. I do not believe in gateway drugs. Hence, I reject the last point, though I share the frustration that produced it. But claiming that alcohol is dangerous, lures children, and acts as a gateway, does not move us much beyond standard prohibition talk. So I’d like to spend a little time exploring the topic by comparing alcohol prohibition to cannabis prohibition. This exercise may not change laws, but could be instructive for evolving our views on these substances.

A Few Good Words on Alcohol

Alcohol is a product of plant fermentation. As almost anything will ferment, its effects would date from the first fallen fruit, eaten by the first susceptible creature that found itself one day, a little merrier than usual. Ancient provenance aside, alcohol is a medicine of longstanding, known to almost every culture. It is an antiseptic, useful externally for cleaning wounds, and internally as a bulwark against unwanted microbes. From the Middle Ages through early parts of the 19th Century—before water could be rendered safe from contamination by sewage—beers, ciders, and wines were the only things safe to drink, even for the young. Alcohol has proven, in addition, to be a superb solvent, able to extract, as tinctures, the healing properties of medicinal plants; and an excellent preservative, keeping those properties, safe and intact. Physically, it dulls pain; and psychologically, it alleviates anxiety, creates relaxation, and lifts moods.

But as we know, alcohol has a dark side. It can induce violent, irresponsible behaviours that wreck families and friendships. Taken in excess, it destroys the liver; and in extreme overuse, produces a miserable state called delirium tremens. Too much will kill you. For these reasons, from the 1850s through the 1930s, a broad spectrum of social reform movements advocated to have it banned. The spectrum included Protestant churches, feminists, New Age vegetarians like Harvey Kellogg and C. W. Post, spiritualists, and morally minded politicians. By 1920, they had succeeded in creating widespread prohibition that reigned, more or less unabated until 1933, later in some places.

But prohibition turned out to be worse than alcohol. Since the temperance movement recruited genuine believers, or at least people who tried to be believers, an estimated 30-50% attempted to give up drinking. The program hardly went as planned. Doctors took to prescribing alcohol to select patients, the lucky ones, and pharmacies became the key storehouses for booze. Patent medicines, popular in the day, boosted their alcohol content. Bootleggers flourished. Blind pigs and speakeasies—secret drinking spots—did so too.

The program also produced unintended health consequences. As abstinence was stressful, new recruits were moved to find substitutes. They turned sometimes to tobacco. But they turned more often to another substance: sugar. Like alcohol, sugar is a tranquilizer, and an analgesic, craved much like any other feel-good drug. For the sugar industry, prohibition was a gift. Soda pop businesses, already well established, soared to new heights. Canada Dry, Coke, and Pepsi, to name only the most prominent, became the standard substitute for abstainers, and a universal mixer for non-abstainers, used to soften the rough taste of bathtub moonshine. Ice cream followed a similar path. Ice cream makers bought equipment from defunct beer breweries; and soda fountains and ice cream parlours replaced bars and saloons. There were ice cream bars in 1920, popsicles in 1923, Dixie cups in 1924, and Drumsticks in 1928. Candy makers kept pace. By the end of prohibition, per capita sugar consumption had gone up by over 50%, an increase that cast a permanent shadow. After the return of alcohol, it never went back down. The rebound from rationing in WWII, and the discovery of new corn syrups in the 1970s, pushed that increase into overdrive. Today we’re in sugar shock: obesity, diabetes, elevated blood triglycerides, and all of their domino effects. What if there had never been prohibition? 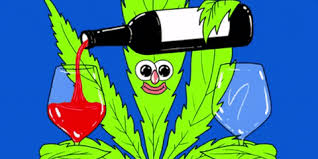 The social movements associated with alcohol and cannabis respectively were remarkably similar. Like teetotalers, cannabis advocates included feminists, New Age vegetarians, and spiritualists—minus the Protestant Churches, and heavy moral tone. Added to the mix in the 1960s and onward, were gay activists, organic farmers, civil rights activists, pacifists, and more recently, environmentalists. But the movements faced in opposite directions. Nineteenth and early 20th Century social reformers were prohibitionists. Mid-twentieth Century and early 21st Century reformers were anti-prohibitionists. ‘Just say no’ was a shallow, government fabrication, and no intelligent cannabis fan took it to heart. There was no reason to. Cannabis caused no family violence, no bar room brawls, no liver damage, no DTs. Rather, it brought heightened awareness, and an ever-widening range of cures. 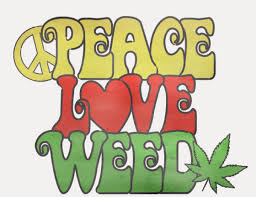 Cannabis prohibition, thus, recruited no wild-eyed, true believers, at least not amongst people who knew anything about the plant. There was no cascade of damaging substitutes. Though legendary for producing ‘the munchies’, cannabis has never been known to induce sugar-related illnesses. And pizza jokes aside, cannabis fans are not, generally speaking, over eaters. Prohibition has brought arrests, prosecutions, prison sentences, police violence, and anti-drug programs, terrible in themselves. But the fans have continued to import, cultivate, bake, invent, distribute, and share. In for the long haul, they have built online libraries, and dispensaries, and have organized programs for peaceful change.

Alcohol prohibitionists were elite white Protestants attempting to educate their own. They didn’t hate drinkers; they just wanted to convert them. Cannabis prohibition, by contrast, was a race and class war. Reefer Madness advocates in the US hated Mexican immigrants, and black jazz musicians, and adopted prohibition as a tool for tormenting them. A similar pattern was common throughout the ex-colonial world, where hemp production was carried out, initially by slaves, and later, by low-wage workers. The work was grueling, and went better when the workers smoked the flowers. In the early 20th Century, colonial governments, fearful of growing, anti-white sentiment, set out to criminalize them. In later years, similar resentment fell upon the counterculture, with its anti racist, anti war, anti capitalist values. I daresay it remains thus, in conservative pockets, more or less, to this day. 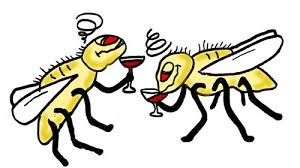 While it easy to understand resentful feelings against the drinking set, I am left asking: Where is the good reason continually to malign beer, wine, and spirits? Yes, they can be dangerous, but so are skiing, and rock climbing, and racecar driving. True, the industry targets kids. But that’s big business, not booze. The food industry and the high tech industries target kids too. The question is: why do we let them? Yes, there is hypocrisy when society supports the alcohol industry, and treads heavily on cannabis. But hypocrisy is not beer. And gateway drug? Seriously, how can there be such thing?

Despite its troubles, cannabis culture is a powerful and successful movement. It can surely afford to see alcohol for what it is: a medically active substance, a relaxant, and a reasonable drug of choice for some people. There are cannabis consumers that are recovering alcoholics. They probably need to shun the stuff. The rest of us could pull back on the rhetoric. If we can mix sugar, chocolate, and coffee with cannabis—which we do—we can make friends with beer and wine. It’s no better; but it’s not much worse. More to be feared is the advent of public trading in the new legal recreational market, with stockholders clamoring to squeeze growers, producers, and retailers, for profit. That’s the beast more dangerous than cannabis. So if you must imagine a gateway, then imagine Hyper Global, Multinational Whopping Big Weed, Inc.