Arrests still happening despite the Liberal pledge to legalize

Change is never easy, whether on a personal or on a national level. When a country the size of Canada attempts to change a law that has affected, or will effect, so many of its citizens, it is a complicated affair. The current marijuana laws and all that will be touched by the coming revamp of those laws are no different.

While Mr. Trudeau has publicly committed to change, it is slow to come. Many Canadians wait desperately to see the first signs of the freedom that has been promised, but it seems that not all branches of government in our country have signed on to the Trudeau vision, and are still making every effort to support the prohibition policy of the recently ousted Conservatives.

In yet another one of the many grey areas that seem to surround this simple plant, prohibitionists that still hold positions of power in municipal government or local and national police agencies continue to spend tax dollars and ruin the lives of the people who have taken Mr. Trudeau’s pledge to end the prohibition as the new but as yet undefined, law of the land.

There is mass confusion around the coming change in the cannabis laws and what it really means to the average citizen. Many Canadians think that cannabis has already been legalized, or at the very least decriminalized. With medical cannabis readily available, especially to British Columbians who see cannabis dispensaries being legitimized and recognized by the municipal governments of both the provinces largest city and the provincial capital as the real time sings of that promised change.

Outside of British Columbia, activists and entrepreneurs has begun to mimic the activity in Canada’s Colorado by opening dispensaries and other cannabis related business to meet the growing needs of patients and customers in their local markets. However, many of these efforts have run headlong into brick walls maintained in the grey area created by the slow enactment of the promised new cannabis policies.

Some regions in the country were RCMP have contracted policing duties have seen local detachments acting particularly aggressively in support of the crumbling prohibition raiding dispensaries with the same vigour and intensity as ever.

Aug 4 , 2015 Winnipeg dispensary raided by RCMP.  “As part of an ongoing investigation into complaints regarding the illegal sale of marijuana at a business in the area.”

Oct 29, 2015 Saskatchewan Compassion Club raided by Saskatoon police.”They are marijuana trafficking so they are drug traffickers,”

December 3, 2015 Farm Assists Cannabis Resource Centre Halifax NS raided by local police. “It was in response to a public complaint that we received, and we had a duty to investigate.”

December 3, 2015 Three Nanaimo BC dispensaries raided by RCMP. “These raids are part of our on going commitment to public safety in the region”

In all four examples police justified their actions by citing that it was their duty, or that they were compelled to act based on citizen complaints. In the case of the December raids, RCMP acted despite the recent Liberal win and promise to bring change.  Odd behaviour and wasted tax dollars in the face of overwhelming public support and the newly elected governments pledges for legalization 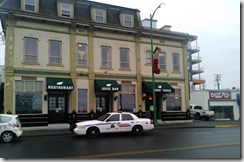 My own dispensary in Nanaimo, BC was raided in December, locking up sick and elderly members and staff. After processing, my discussions with the arresting officers were interesting. While acknowledging Mr. Trudeaus’ plans for legalization they were quick to justify their actions by pointing out that there was no evidence of cannabis as medicine and that dispensaries were endangering the public because of it. After I referred the officers to many many scientific studies from reputable institutions that stated the exact opposite, their argument changed to how Mr Trudeau’s promise to Canadians was unworkable within the time frame of his term due to the multiple issues around the actual details of legalization. They pointed out their inability to detect stoned drivers and argued that any government distribution plan would leave a functional black market in place. All carefully constructed and scripted arguments to support police budgets and continued prohibition.

It seems clear to me that as activists we need to begin to focus our efforts on education. In terms of the legal battle to free the weed we are well on the way to victory. The real battle is with ignorance at this point. Knowledge of the plant and it’s benefits needs to be communicated to medical professionals, the general public, and our civic and police officials so that actions based on ignorance and myth don’t continue to ruin lives and keep people from their medicine of choice.

The future is already written. Cannabis will be legal in Canada and that fact will change the face of policing and many other institutions in our country. Time is on our side, public opinion is on our side, and now political will is on our side as well. Instant decriminalization and the removal of cannabis from the controlled drugs schedule would be any easy temporary solution and go a long way to eliminating the needless waste of public funds spent arresting people and raiding dispensaries.
Like I said, change is hard, and in this world of endless opportunity is one of the only constant forces in life beside death and taxes. The quicker Canadian authorities accepts the change in the countries cannabis laws the quicker they will see all the benefits that legal cannabis can bring to our society.

Blunt Battle In BC Capital: Victoria Is Licensing Dispensaries But Stomping on Safe Consumption Sites In the future, it will seem absolutely absurd to everyone that cannabis products could be sold legally in stores, but somehow consuming them, even a pot cookie, remains a federal crime.  Yet somehow, despite being wise enough to create otherwise […]

Campaign falls short, but will try again   By Judith Stamps In Sept. 2013, cannabis activists in B.C. petitioned to create a future for themselves other than the one imagined for them by their federal government. While the attempt failed numerically, it succeeded in broadening the network of like-minded marijuana activists in B.C. If their […]