Sixteen days to go until Health Canada announces its new plan for medical cannabis, and hopes are sinking. Mine are, anyway. Dispensaries raids continue in Ontario, sending menacing vibes to Canada’s cannabis growers, the ones not sanctioned as LPs; to Canadian patients who choose dispensaries as the source of their medicines; and of course, to the dispensaries themselves. My sense of foreboding is based on two guesses. One, that the raids in Ontario are about money; and that there are well funded lobbies fixing for a legal fight with non-LP cannabis growers and medicine makers. Second, that the Trudeau government has no fondness for cannabis culture, and will set out to weaken it however it can. Am I off base? I hope so. If the Health Minister comes out to say: LPs, carry on; MMAR growers, carry on; municipalities, you may license dispensaries if you wish; and patients, you may grow your meds or buy them at the shop of your choice; and thank you for the service you have all provided to Canadian patients; I shall recant, humble myself, and eat my copy of the latest Cannabis Digest, if that’s not too corny a pun. Of legal battles, soon to come, I will say little. I leave that topic, with confidence, to the experts in the field, who for nearly twenty years, have brought us this close to legalization. This blog is about preserving cannabis culture. 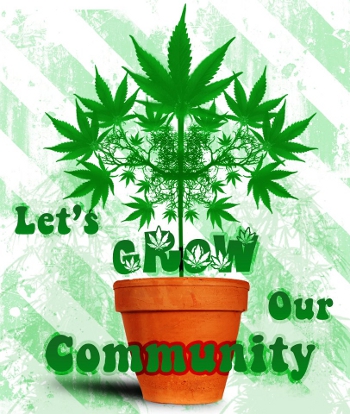 I begin by offering two definitions of culture, supplied by a dictionary search. One: “the arts and other manifestations of human intellectual achievement, regarded collectively.” And two: “the knowledge, art, morals, laws, customs, and any other capabilities and habits acquired by people as members of society.” By either definition, there is such a thing as cannabis culture. It is diverse, and internally conflicted, as are all cultures. But it is real, and worth preserving. Its contemporary expression can be seen in dispensaries, established in the1990s; in the concurrent invention and continuous refinement of medicines, and methods of intake; in the accompanying advances in growing techniques and cannabis strains; in the mountains of research literature on all of the above; and in the network of related associations. These elements are infused, too, with the cannabis culture of the 1960s and 70s, responsible for the beginnings of a legalization movement in this country. Many of the values established in this period remain essential to cannabis culture today. These include the commitment to individual liberty; the welcoming of diverse races, cultures and sexual orientations; rejection of war and other types of violence; the rejection of consumerism as a way of life; a corresponding DIY mentality; and an embrace of spiritual beliefs, in particular, of new age religions. Today, those values include a commitment to environmental health, and the rebirth of romanticism, the love of nature that dis-establishes humans as the centre of the universe, and ascribes consciousness to all living forms.

Many Canadians, indeed, most Canadians, do not know that the published works on cannabis history and cultivation would fill a modest bookstore, and the research literature, a small library; that their authors are intelligent, and hard working, and have, over seventy years, formed the basis of much of the knowledge we have today on the subject. Thanks to the collectors of patients’ stories, we have a our disposal the concept of being ‘illegally healed.’ To this concept we must now add others: illegally educated, illegally aware, illegally talented, and illegally informed. That Canadians have had little incentive to be thus informed is due to the plant’s negative legal status, to the fact that it remains illegal for bookstores to carry literature seen as promoting cannabis, to the willful ignorance of journalists and police, and to ill mannered, but legally informed, media-driven rhetoric that focuses on criminality.

This rhetoric creates a clash between mainstream-Canada and ‘harmful’ Canada, and divides us. But we don’t have to stay divided.

Here are some ideas on forces that may unite us, and some practical thoughts on how to harness them.

Cool Consumerism, Remixed. Sixties and seventies culture was, by its nature, divisive; it rested on rejecting a life dedicated to buying the spin-offs of post war industries: K-rations refashioned into convenience foods, petrochemicals fashioned into pharmaceuticals, and tanks refashioned into designer objects. But consumer culture has persisted. And in its persistence, it unites us, oddly. It doesn’t unite us in a way that I love, as it is impossible to separate consumer culture from its contradictory origins. Post World War II North Americans bought the hope of democracy, and equality; but settled in the end, for a hollow equivalent: material goods. Mainstream politics, for example, remained opaque, leaving North Americans unable to participate meaningfully in choosing their governments. But they could choose their cars. At the same time, economic elites grew in power and influence, so citizens could hardly feel equal to them. But they could wear the same clothes, and use the same technologies. It’s a chilling history, perhaps, but for better or worse, we continue to love buying stuff. And in this matter, cannabis culture has much of quality to offer. Besides bud and extracts, it offers hemp clothing, building material, and food; superb glass pipes, bongs, and vapourizers; related music and artwork; and beautiful glossy books on all aspects of cultivation. In whatever is to come, patients will be allowed home gardens, providing for a further expansion in the manufacture and sale of lights, fans, soils, nutrients, and for the slightly lazy, pre-fab grow closets. And there is more. Cool stuff sellers today have the opportunity to offer discounts to patients, seniors, and people on disability pensions, increasing their own Karma, and raising the craft industry’s public image. 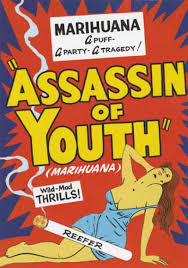 This consumer culture needs home shows. Health Canada has succeeded in painting cannabis fans as child predators, and cannabis, the new ASSASSIN OF YOUTH, except that now it’s merely intelligence that is at stake. So do not look to buy a booth at the PNE, CNE, or any other commercial fair, open to the general public. The commercial displays one sees at conferences are a step in the right direction, but conferences can be expensive, and thus divisive in their own way. Besides, the idly curious will not pay $50.00, much less $500.00, to attend an event that is iffy from their perspective, with speakers unknown to them. But they probably would pay a few dollars to peruse rows of booths, talk to the people tending them, and pick up literature. Ditto for many patients and activists, by the way, for whom some cannabis-related events are becoming ever less affordable.

Possible places of Information on Health Concerns: especially ageing, and general stress. We need health fairs that cater to an ageing population, and to a general population used to soothing its nerves with alcohol, over the counter meds, and prescription drugs with lists of side effects that, in near-micro print, regularly fill a space 8”x11”. I believe that many Canadians are aware of this dilemma, and would welcome reference material and informed conversation, were they convenient to access. For reasons noted earlier, attempts to join forces with other health fairs may not fly. Dispensaries that have space, and have received city licenses, can perhaps afford to think about open house events that call out to the timid, but interested. They might think about stocking some standard literature: histories, medical treatises, cannabis-science books. (There’s a Jack Herer colouring book out there. I’ve seen it.) They might also think about establishing a lecture series.

Through the raid driven gloom, I see that we are likely to find ourselves this fall—patients, general fans, growers, processors and sellers—sloshing about in a new, fear informed, touched up version of Harperism, with its hyper-securitized framework of regulations. Thus, renewed efforts at public outreach will be essential, and an important companion to legal challenges, if we have them. And for that, some preparatory work is in order. For my part, as I can barely keep up with the array of new Canadian cannabis industry associations out there, I plan forthwith to learn who and what they are. A blog in the near future, therefore, will offer a comprehensive list, with discussion. But—and here’s where I am going with this—we really need a free, or very low cost, public event, or better, a regular series of events, that features booths run by each and every one of these associations. There is a massive, grey cannabis industry in Canada, and it must become a bit brighter, and a bit more visible. As reefer madness prejudices are deeply ingrained, and deeply felt, such events, unremarkable in style, but rich in new content, may strike the right emotional chord. 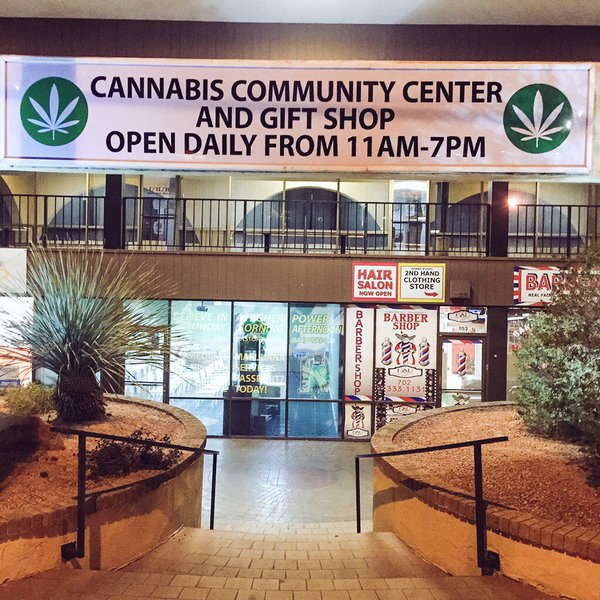 I have an image of a cannabis library, lodged in a community centre that holds a dispensary, and a vape lounge, but separate enough that it can be accessed on its own. The library would be stocked with as good a collection of books, newspapers, magazines, and videos as can be mustered, to be used on site, in a comfortable space, staffed by a librarian. It could have materials for sale, offer help in online searches, and advertise its presence wherever it could. Admittedly this is an academic’s vision, and a senior citizen’s one at that. But there are similar folks out there. Alternative cannabis centres are there for the imagining. What’s yours?

Will such centres defeat the power of wealthy lobby groups? Probably not. But LPs and other big players must work to combat the same set of cultural demons that everyone else in the industry faces. These are the demons created by security mania, and by Health Canada’s new scare campaign, centering on young brains. In this new battle for influence and power, cannabis culture, made visible, has much to offer that is irreplaceable.

Talking Legalizing Cannabis; Medicinal Suppositories; The Sensible BC Conference and more from the Cannabis Digest this week   Owen Smith brings you the Cannabis Digest News from September 20-26, 2014   Show Notes/Links   September 20th By Calli Walton I had the opportunity to sit down to an interview with an agent for the Canadian Civil […]