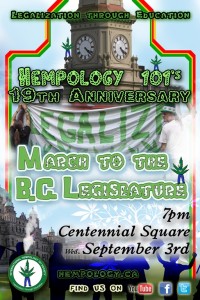 If you’ve been following current events on medical cannabis, you will have heard its critics claim there have been no clinical trials to demonstrate it usefulness.  The critics include, to name a few, the President of the Canadian Medical Association; the Canadian Minister of Health; the Director of the National Institute for Drug Abuse, […]

Survey #2 Establishing a Safe and Responsible Production System GOVERNMENT LINK Production Model: Experience with both home cultivation and government-controlled production in the context of relatively small numbers of medical users suggests neither approach would be in the public interest in the context of the larger numbers of users expected in a legalized market. Therefore, […]