Deprecated: The $control_id argument is deprecated since version 3.5.0! in /home/oq5ayjaeetjt/public_html/wp-content/plugins/elementor/modules/dev-tools/deprecation.php on line 304
 Trial By Fire – Part 2 - Cannabis Digest
Skip to content 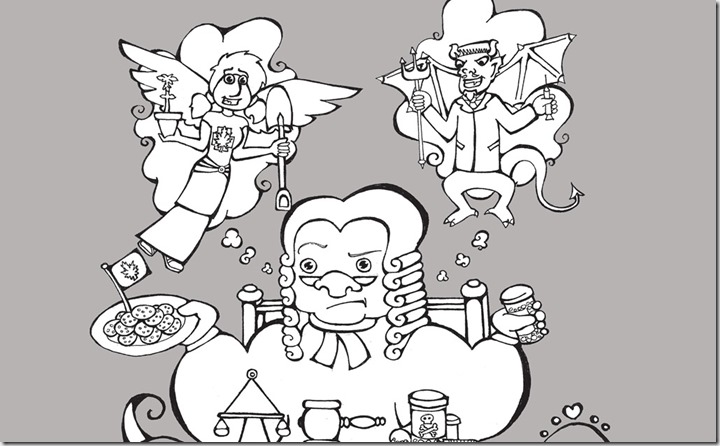 When I was arrested back in 2003, it was by a team of police officers who were bent on dismantling the CBC of C (now the V-CBC) through continued raids, who would go to questionable lengths to obtain warrants, realizing all the while that, in legal terms, their efforts would be fruitless. However, when Owen was arrested in Dec. of 2009, it was entirely circumstantial. The bakery was in a residential high-rise.

One day, a neighbor down the hall was making an isopropyl extraction of THC from cannabis in their own apartment (something the CBC of C has no part in as a rule), and another neighbor assumed that the smell was coming from our bakery, and so summoned the police. Being required to investigate the complaint, the officers’ professional responsibilities left them no choice but to treat the bakery the same as they might any clandestine drug lab, despite any reason or conscience. 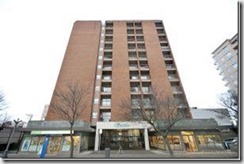 Where in 2003 I took it upon myself to give the officers who raided the Club a heated lecture on the amorality of their actions, morality didn’t enter the equation in 2010: it was a simple matter of coincidence and protocol, and of Owen’s being left unprotected by antiquated laws that were unjust from their inception, and that now cause even more harm than they did when they were first passed in the early 20th century to benefit none save the wealthy industrialists who first lobbied for their creation, and who continue to lobby for their permanence.

While cannabis is still illegal for most—as it is still dangerous to the interests of wealthy industrialists—there is a growing concern among intelligent, socially conscious individuals from all walks of life, including doctors, judges, politicians, and police officers, who have seen the harm that is needlessly caused by prohibition laws and want to do something about it.

Throughout Owen’s recent voir dire, Justice Johnston clearly implied, by referring to previous decisions as “ducking” the issue, that he was tired of the buck being passed between various courts and offices regarding the many flaws that still need to be worked out of the MMAR (if it is not to be stricken completely and replaced with something more practical and less politically biased).

The social context that allows Justice Johnston to make common-sense statements and decisions in the face of a government that would have him ignore reason is twofold: firstly, there are the many court cases that have taken place arguing the inefficacy and unconstitutionality of the MMAR since it was carelessly introduced in the summer of 2001; and secondly there is the proliferance of casual or even positive attitudes toward cannabis in contemporary popular media.

Think of shows such as Weeds, Trailer Park Boys, Mad Men,That 70’s Show—many of the most popular television shows of the past decade have either centered around cannabis use, or featured it in special episodes, such as an episode of The Simpsons in which Homer obtains a medical exemption (guest starring Tommy Chong). While such media have no direct effect on the legal proceedings that shape prohibition laws, their influence diffuses through the social consciousness, affecting the way we as a public react to drug culture, familiarizing us with it, and engendering a social environment in which eminent figures such as judges and doctors can speak the truth about cannabis without fear of losing the right to practice their distinguished professions.

And so where Justice Johnston was able to contribute to what will, we hope, culminate in a scrapping of the MMAR in its entirety, the judge who presided over my case a decade ago had to simply make due with putting an end to the trial before it began when he declared that, despite many obvious indications to the contrary, the police had failed to prove that I was in care and control of the medicine they had seized in what turned out to be the last ever premeditated police raid on the CBC of C, in 2003.

I had never heard of juvenile arthritis until one day when I was working at the VCBC; a very warm and friendly senior couple, Ian and Margie came through the doors. Right away, I noticed two bright, contagious smiles while I served them, delighted to hear them express how cannabis had saved their lives. Margie […]

By Judith Stamps On November 3rd 2015 Ohioans rejected an initiative to legalize recreational cannabis.  It was a bizarre initiative, backed by a cartel of investors who, had it passed, would have retained exclusive rights to cultivation, production and sale.  It was a blueprint for a clan set to transform itself into a dominion.  The […]