Deprecated: The $control_id argument is deprecated since version 3.5.0! in /home/oq5ayjaeetjt/public_html/wp-content/plugins/elementor/modules/dev-tools/deprecation.php on line 304
 19 Years Of Hempology 101 - Cannabis Digest
Skip to content 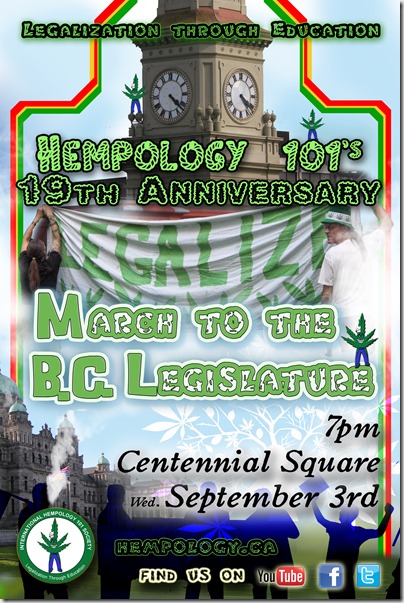 On Weds Sept 3, 2014, the International Hempology 101 Society will be celebrating 19 years of activism in Victoria with the first 420 of the school year at the University of Victoria and its annual march from City Hall to the Legislature.  With each year our list of accomplishments grows, as the entire world seems to be waking up to the faults of prohibition and the beauty of this plant.

Here is a list of the important functions we have been behind this year. 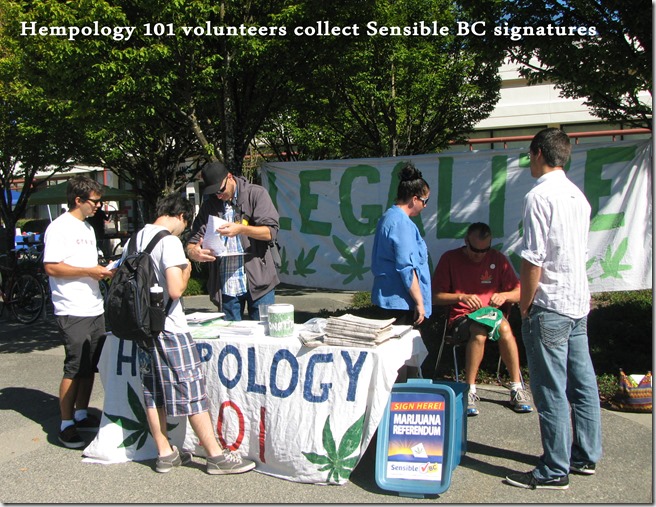 Last fall the Sensible BC campaign swept across the province and Hempology 101 did a lot to help.  Many board members spent a great deal of time at the head office, but none more than Bill Stewart.  We had a Hempology 101 booth at UVic until we felt we had got as many students as possible, then we moved on to the streets.  At UBC, the Hempology 101 club took advantage of the campaign to improve its profile on campus, giving the group some focus for the semester.  The Cannabis Digest featured articles in every issue leading up to, during and after the campaign. 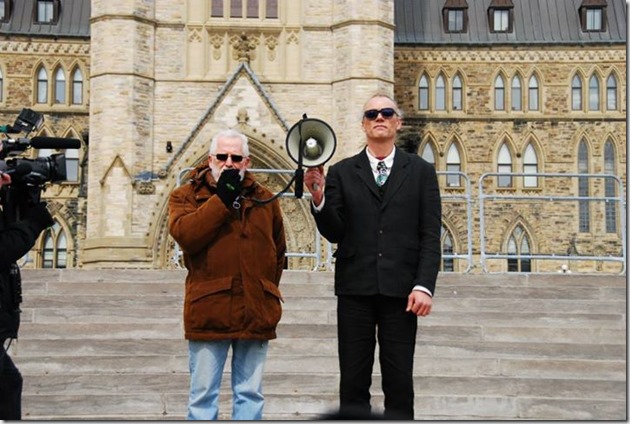 (Ted Smith with John Conroy on the Steps of Parliament)

With many patients upset about the fact the new Marijuana for Medical Purposes Regulations do not allow personal gardens, we were sponsored by the Vancouver Pain Management Society to hold a protest in Ottawa on Parliament Hill on April 1, 2014, the day the new regulations came into effect.  Though an injunction succeeded in keeping patient gardens intact, it was still important for many of us to go to Ottawa to express our anger at these changes.  John Conroy, lead lawyer in the injunction, came to Ottawa to explain what was happening in the courts, giving him an excellent chance to educate the media about the flaws in Health Canada’s plans.  Patients Debbie Stultz-Giffen and Alison Myrden were also able to attend the press conference to give the press some of the stories behind the rhetoric.

This summer the Cannabis Digest began releasing a blog every single day!  With so much happening in the cannabis movement there is plenty to report, and with our newspaper gaining recognition across the country, we felt we had the means, motive and opportunity to pick our work up a notch.  We have collected a tremendous team of writers, including Dr David Allen, editor Judith Stamps, Owen Smith, Calli Watson and myself, along with all sorts of guest writers and cartoonists like Georgia Toons.  These next blogs have both improved our ability to generate revenue on-line and our ability to educate the public about the past, present and future of cannabis. 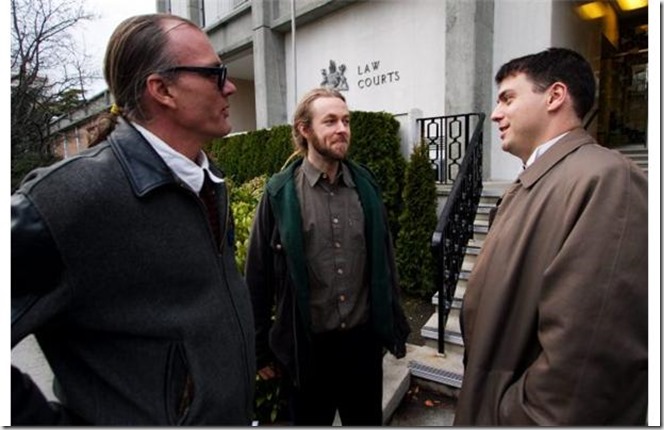 (Ted, Kirk and Owen taking on the BC Courts for patients’ cookies)

This past year Hempology 101 supported a couple of very important trials.  Locally, Owen Smith was before the BC Court of Appeal last Dec and, as many of you have likely heard, just last month won a split decision.  Hopefully his constitutional challenge against the federal regulations that do not allow cannabis extracts will be appealed further to the Supreme Court of Canada.  Meanwhile, a large group of patients filed an injunction against the federal government to protect the gardens that were allowed under the old Marijuana Medical Access Regulations.  In Feb we organized a fundraiser for the coalition, giving the group just over $1,000.  The injunction has allowed patients to keep growing, but there is an appeal this fall and a full hearing in Feb.

In Jan the UBC Hempology 101 club was all over the news after it was revealed the group had used a vaporizer inside a room in the SUB building during a meeting.  The student newspaper even reported the club hoped for a permanent place to vape but instead the student president ordered an investigation.  Ultimately the club only lost room booking privileges for a  while, though it could have been much worse.  All of the media attention and controversy did nothing but improve the club’s visibility on campus, helping the 420 circles outside grow even bigger! 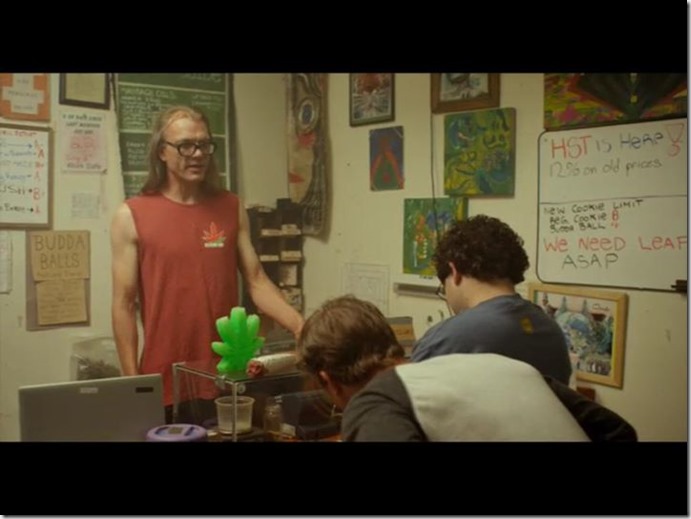 Despite being excluded from the credits, the exposure I received in the movie Kid Cannabis was definitely a highlight of my career.  Being able to introduce myself as myself, in my store, talking about cannabis just like I do in everyday life, was more than a dream come true.  It is a surreal scene to watch.  While the movie does not show it for long, there is a very clear shot of the front cover of my textbook, HEMPOLOGY 101: THE HISTORY AND USES OF CANNABIS SATIVA, too.

How the NDP missed its chance to come out strong on marijuana, and why it’s not too late to make it right By Dana Larsen For four decades, the NDP was the standard-bearer for sensible marijuana laws.  From the time of the LeDain Commission report of 1971, it was the most progressive voice in Parliament […]