Deprecated: The $control_id argument is deprecated since version 3.5.0! in /home/oq5ayjaeetjt/public_html/wp-content/plugins/elementor/modules/dev-tools/deprecation.php on line 304
 The Battle of Winnipeg - Cannabis Digest
Skip to content

If you are a student of history you will know that all of the worlds empires have had a central seat, a Rome, Washington, or Ottawa if you will, where laws and politics, power and money, are the commodities of trade. The hub of the empire, were the fate of the many is decide by the power of the few.

Inevitably, all empires come to an end, they are consumed by themselves in a hunger created by the change that comes from the introduction of new ideas and new beliefs. New ideas and new beliefs always come from the edge of the empire. Big change always comes out of the wilderness, powered by the new beliefs and new knowledge that emerge from the chaos that forms at the edges of civilization. It is no wonder that the current wave of cannabis reform in Canada finds it’s heart in British Columbia, a truly wild place, at the edge of the empire. 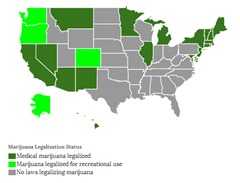 Looking at the map of North America it is clear that the current wave of cannabis reform has sprung from a home on the western edge of the empire. With the whole west coast of the continent  supporting legalized cannabis for medical use, California, Oregon, Washington, and Alaska have all created laws and regulations supporting legal medical cannabis and the new industry that has sprung up  around it. But, while the wave of liberation from cannabis prohibition has spread eastward across the USA freeing the weed, or at the very least, creating debate in some surprisingly conservative jurisdictions like Texas and southern states like Alabama, the same cannot be said in our own country, which seems to have established a scant few bastions outside of BC and Ontario that are brave enough to offer access to the medicine. Jurisdictions were RCMP have control of local policing to directly enforce the will of Mr. Harper and his PC parties prejudice against cannabis, or conservative and ignorant administrations in mostly central provinces have become the prohibition defenders of the new hot spots in the war on cannabis in Canada.

On March 6, 2015 in Winnipeg, Manitoba, a compassion club opened its doors in arguably the most unfriendly jurisdiction outside of Alberta. Your Medical Cannabis Headquarters, on Main St. in the downtown core of  Winnipeg is the effort of Glen Price, a medical cannabis user who wanted to bring the benefits of the weed to the citizens of his home town. Patients who wanted to buy from Mr.. Price’s club must have an authorized doctor’s note. For those who do not have a note, the club would recommend a seemingly sympathetic doctor who would issue a prescription, for a fee.

Within weeks of opening his doors Mr.. Price was visited by Winnipeg Police and issued a warning to stop selling cannabis as a result of a complaint originating from what many believe to be a legal producer funded sham grass roots organization out of Vancouver B.C., called Smart Approaches to Marijuana, or (SAM) Canada.

SAM Canada is part of what many cannabis activists believe to be the covert war being raged by the corporations that own the countries legal production companies against dispensaries in Canada, to lock down market share like Dupont and Hearst did in the 1920’s. The suspected corporate front group advocates for medical cannabis to be supplied only via government approved legal producers. SAM Canada, has attempted to secure the market place for its masters, the lp’s, unsuccessfully in other jurisdictions but has failed. However, the group is proud to claim that by putting pressure on the Winnipeg mayor’s office, and the police service, to file a service complaint that Winnipeg police weren’t upholding the law by allowing the storefront sale of medical marijuana they had assisted  in the closure of Mr.. Price’s shop.

On Monday, August 3, 2015 a Winnipeg police swat team swarmed the shop arresting Mr.. Price, Mr.. Price’s wife, and a club member who was in the shop at the time. Officers cited pressure from Health Canada to crack down on marijuana dispensaries as the reasoning behind the raid. Glen Price showed his true activist colors by stepping up to the plate and declaring, “It’s not going to stop me. They can arrest me, I’ll get out, we’ll set down some ground rules on what I’m going to do next, and I’ll be back,” 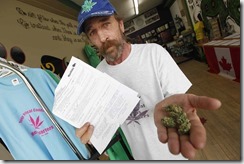 Unfortunately, Mr.. Price was also squeezed by the other side of the vice clamped on the throat of medical cannabis in Canada, the Canadian Medical Association. The doctor he thought was on board to assist his growing clubs membership publicly distanced himself after threats of investigation by CMA.
Mr.. Price claimed in multiple press interviews that his members must have a doctor’s note to purchase cannabis from his club, but if prospective members don’t come with a note in hand, the store has a local Doctor they could recommend. “My doctor was the only one who was willing to help anybody, as long as they have the proper medical documentation,” Mr.. Price said, referring to Winnipeg’s Dr. Roman Chubaty. Dr. Chubaty runs two walk-in clinics in Winnipeg, and maintains he is following Health Canada’s guidelines. He is upset about Mr. Prices public statement and claims that he now doesn’t condone what Mr.. Price is doing despite still offering the cannabis prescription service to his Winnipeg patients for a fee of $300.

While Glen Price and his crew await the next stage in the battle of Winnipeg, the coming federal election may be the force that not only frees him but reopens the doors of his shop to allow him to continue to meet the medical needs of his 275 plus membership. However, even without a win for a pro cannabis party in the coming election, a pro-compassion club judiciary in Canada has traditionally thrown out charges brought against clubs as violations of their members personal rights and freedoms, a fact which bodes well for this brave group of Winnipeg activists.

With over 150 cannabis dispensaries operating in the province of BC, and the legitimization of the new industry by the provinces two largest municipalities, the future fate of medical cannabis in Canada seems clear. The excitement and flurry of creative energy from the birth of this new green industry in BC is a force for change that can cause us lucky western residents at the edge of the empire to sometimes forget that the prohibition still rages on in all the small towns and cities across the country.  Sick people in large parts of our free country are denied access to the many benefits of a plant that we British Columbians have come to publicly embrace and accept as part of our every day lives.

Even as the tied is turning, the prohibition of medical cannabis continues, and in it’s death throes that prohibition will strike out in unusually vindictive and aggressive actions. We must be especially vigilant in our protection and support of those activists that are still in the thick of the battle against cannabis prohibition. We must vote in the coming federal election, we must take our country back from greed and lust for power.

The  medical cannabis community can now claim Glen Price and his brave crew of activists as some of the heroes that history will show to have changed the unjust cannabis laws in Canada by simply and compassionately providing  the people of their community with a safe healthy alternative medicine that is changing the world that we live in.

EDITORIAL: Save the Seeds Like our Lives Depend on it

Andrew Brown Editor I want to branch into a topic an arm’s length away from cannabis/reform activism for this editorial, and speak about a pressing issue facing us on a global level—seed security. I figure that as it appears cannabis is on the cusp of being somewhat legalized for big business, while remaining (and possibly […]

Another Look at the Subject Judith Stamps The conversation below began as part of a research project. I was checking in which war morphine was first used. The American Civil War, it turns out, is the correct answer. It was also widely use in WWI and WWII. But I was struck by an odd fact. […]