Deprecated: The $control_id argument is deprecated since version 3.5.0! in /home/oq5ayjaeetjt/public_html/wp-content/plugins/elementor/modules/dev-tools/deprecation.php on line 304
 To the Ladies of Cannabis Activism - Cannabis Digest
Skip to content 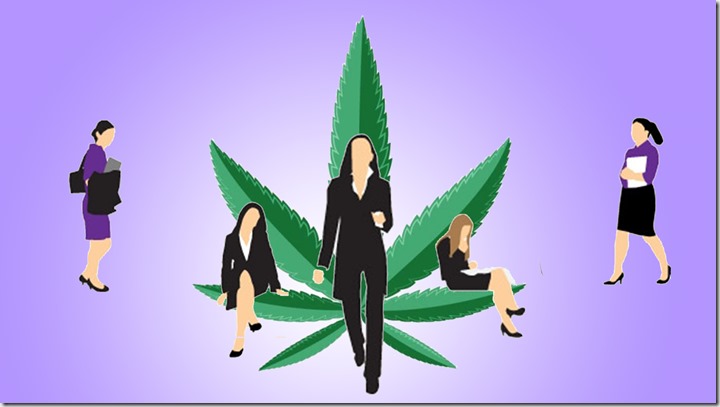 To the Ladies:  A Prologue to Any Useful Account of Women and Cannabis Activism 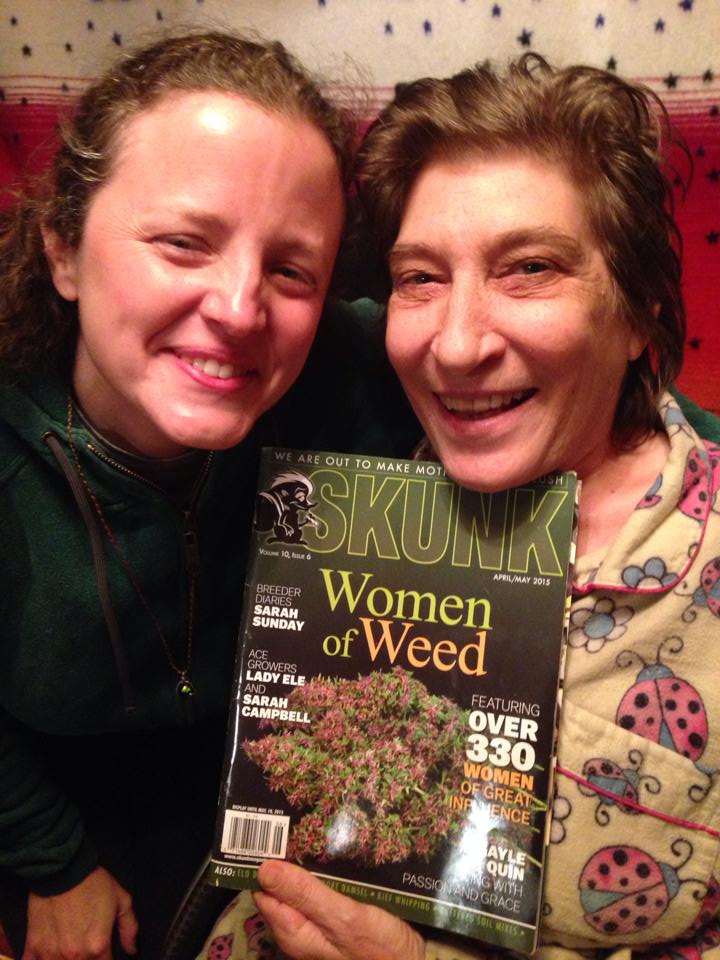 Marc Emery created a few waves this week, prompting responses from women cannabis activists, and from a number of men as well.  The context was a Facebook discussion on the April/May 2015 issue of Skunk Magazine, entitled Women of Weed, whose front cover promised, among other things, accounts of over 330 “women of great influence.”  But the issue sold poorly, apparently; it has had the worst performance to date, of 2015.  For his part of the discussion Emery offered the following: Those who have stood on the front lines have been mainly men; 98% of growers with large gardens are men; and a large majority of activists ‘of substance’ are men.  ‘Of substance’ means, he added, having attracted the interest of national level magazines.  And further, ‘these are the facts.’  As I understand these comments, they come to this: most women in the legalize cannabis movement have been bit players.  Emery’s comments appear to have hit a nerve.  For my part, I’d like to ask: whatever their merit, are these claims relevant to an analysis of low sales for the Women of Weed issue of Skunk?

To speak as Emery has done, it is necessary to ignore how history books have generally treated women.  Until the advent of the second wave of feminism in the 1970s, outside of odd characters like Joan of Arc, women were not presented as historical actors.  Consider The Epic of Man, a 1961 Life Magazine book designed for North America’s coffee tables. “Alone among all creatures on earth,” it reads, “man has a sense of destiny… Man is the dominant creature on earth largely because in his long evolutionary climb he has remained a generalized rather than specialized animal…From the primates, man inherited grasping hands.”  The text carries on like this for 300 over-sized glossy pages, showing images of men working, travelling, discovering things, and engaging in trade.  When my grand daughter could read well enough to decipher these lines, at about six years of age, I was compelled to say: this book was written before women were invented.

You don’t see such texts for sale today because women in the late 60s and 70s actively resisted their assumptions.  In the process they tackled, with much success, the need for women to regain control of childbirth and breastfeeding, to gain control over their health and their public image, to be fairly compensated for their work, and to make a place for themselves in male dominated professions.  They fired no shots, and went to no prisons.  They assassinated no one, punched no one, had no car chases, and created no explosions.  Yet their work changed gender relations radically.  Has ‘man’ thrown ‘himself’ into studying this event?  Hardly.  Moreover, half a century later we still see few published or broadcast presentations on women’s bravery in World War II, for example, or on their work in science, and other fields of discovery.  On the movement itself there is academic literature, some fiction, and a few works published by women’s collectives.  But like the Skunk Women in Weed issue, none of the above is a big seller.  Why?  Well certainly not because the women were bit players.  More likely it is because they were quiet players, and guns and explosions sell better.

A saner beginning to the poor sales discussion is to recognize that women are underrepresented in most historical accounts, and that what representations there are rarely popular hits.  But that fact cannot be taken to prove that, as a group, they have been underactive, or ineffective, or unambitious.  Then, one needs to look at the Skunk readership.  Judging from the cover photos, large colourful buds plus pretty young women, the magazine reaches out to young males.  But in publishing an issue on women, the editors wandered into territory more suited to the interests of feminists.  There is nothing wrong with to trying to broaden the outlook of your readers.  We should all try it.  But readers can walk away.  Besides, do the readers who are drawn to bikinis want to imagine their models as activists?  You all should help me out on that one.  In any case, write on women, and some men readers disappear.  That’s unfortunate.  Insist that few women have ever made a difference, and you reproduce the anti-woman bias, which is worse than unfortunate.  Make it a requirement for membership in the ‘substantial activist’ club that they appear in national level, popular publications, and you have left historical reality altogether. 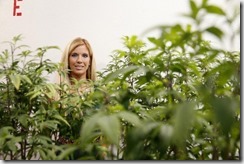 Emery suggests that women lack boldness in activism because they fear losing their children, whereas men are more willing to set such fears aside.  But there are thousands of moms who have risked losing children in order to acquire cannabis oil for them, or cannabis medicines for themselves.  Then, he states, there are few women with very large gardens.  So how many have small and medium ones?  Anyway, how does keeping score like this help us?  Much more useful would be a nuanced account of how women activists define their roles, what they do, what they experience, and what can be learned from them.  Which brings me to a key point: To qualify as a student of activism you need to treat observations of alternative activists like exercises in cultural anthropology.  Every sub-culture finds distinctive, sometimes unique ways to solve its problems.  If we judge women activists by the standards of what the men are doing only, we create some form of gender colonialism, and fail to understand what they have to offer.  What are the women discovering?  What can they teach us about growing?  What are their methods of conflict resolution?  How do they reach out to the wider, less cannabis friendly community?  What can be learned from their adventures in medicine making?

Western culture is unkind to mothers.  In the 1950s women were urged to exit the workplace, go home, and be moms.  Meanwhile, the male psychologists of the day decided that cold and unresponsive mothers, called “refrigerator mothers,” were the cause of childhood autism.  No, I’m not kidding.  Just about that time, Milltown, the first widely sold tranquilizer, heavily marketed to the ladies, hit the market.  In the 1960s other psychologists identified “schizophreno-genic” mothers.  Those are mothers that cause schizophrenia, apparently, by giving their children mixed messages.  Doctors were prescribing Valium by then.  In 1979 North Americans were treated to Christopher Lasch’s widely celebrated book, The Culture of Narcissism, in which the author argued that North America was doomed because North American women were ineffective mothers.   They were immature and narcissistic.  In the 80s, the media scintillated with tales about “crack babies,” born to mothers who used cocaine whilst pregnant.  Well, there never was such a thing.  Contemporary mothers are deemed incompetent if they use or provide cannabis medicines, all of which illustrates how important it is for women to regain control of their image, both as women and as mothers.  Cannabis activism provides a good avenue for women to find themselves, but they must engage on their own terms.  Shun popular psychology, and resist accounts of who is and is not a real activist.  That’s a silly conversation at best.

There are rumblings that suggest that some women are finding it tough to create a good place for themselves in the current cannabis industries.  An online forum has recently emerged, calling itself “shit people say to women in cannabis,” properly all one word.  It features Emery’s commentary plus a variety of responses, but also a growing number of other stories on how women have felt sidelined and badly used in cannabis related work.  As all roads must lead to a better understanding of what women experience, and how it is best for them to proceed, this kind of forum is important.  Without doubt, there is hostility out there.  A recent article in The Straight on women activists in Vancouver BC garnered this response:  “Like most dangerous occupations, men do the heavy lifting…and women move in and act like they did it all themselves.”  How many other opinions like that are there?

There is nothing good to be gained from staying in bad social environments.  We have to create our own frames of reference.  I have heard some sad stories from women working in dispensaries, mostly in the US.  It is a grave error to remain in a workplace where you are not well treated, hoping that someday your colleagues will recognize your worth.  If women activists do not stand up for themselves, their self-respect suffers, and they lose the respect of others.  Therein lies the road to depression and despair.  There is no sane approach to an abusive situation, conversation, or whatever, but to walk away, cutting losses where necessary.

Aargh!!!  I can’t help it.  I have to say something about the upcoming federal election in Canada.  It’s a week away.  If you live in this country, go and vote.  If you live elsewhere, tell your Canadian friends to go and vote.  With any luck, we will see change, and women will gain a better platform from which to create their future.

A Note From the UK Connection : Social clubs bringing acivists together

High everyone, from the UK to all CD readers! Noddy here with an update of what is going on in the cannabis move- ment this side of the pond. I also better take this opportunity to introduce myself a little bit,as some of you maybe wonder- ing who I am.I am a 42 year old […]