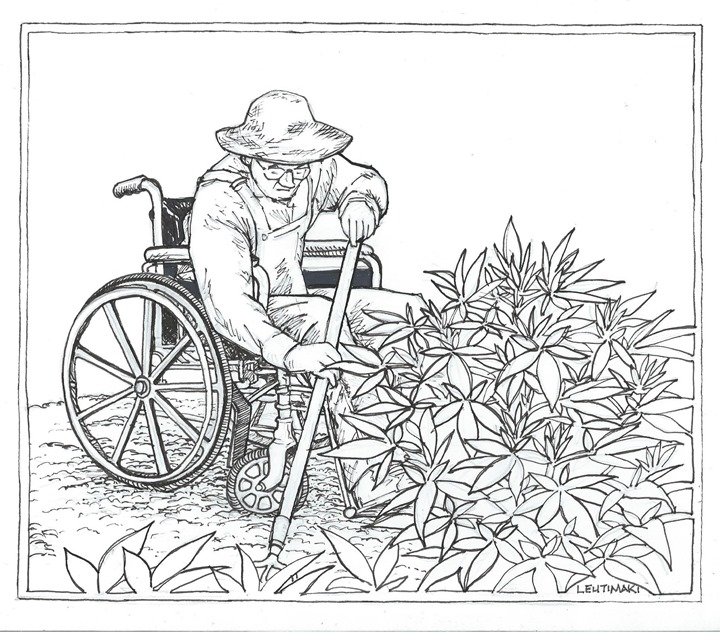 The future of legalization in Canada is about to be determined by a judge in Vancouver.  On Monday Feb 23, lawyers will square off in the Federal Court of Canada over whether patients allowed to grow cannabis under the old Marijuana Medical Access Regulations should still have that privilege despite the fact the new program does not allow for personal gardens.  Whatever happens will set the tone for the future for everyone.

It truly is a case of David vs Goliath.

Big business and the federal government want the industry fully controlled by large companies.  New regulations grant businesses that meet the strict requirements of Health Canada, licences to grow and mail cannabis to patients, bypassing dispensaries or pharmacies.  The Marijuana for Medical Purposes Regulations have created a feeding frenzy in prospective Licensed Producers, with over 1,200 applications handed in so far.  However, Health Canada has only issued 23 licenses, while dismissing over 500, citing the injunction as a reason for delaying more approvals.  Meanwhile, millions of dollars in investments sits unused, as companies spend thousands to maintain unlicensed growing facilities that have not received final approval.

Patients able to grow their own cannabis can often easily produce their medicine at a fraction of the cost of a large-scale producer, despite the savings that come with massive greenhouses.  Since most of the costs of production are labour, growing your own medicine can be both less expensive and enjoyable.  Thousands of patients have invested a great deal of money and effort into learning to provide their own cannabis, primarily because their quality of life is improved so much by using the herb that they go to extreme measures to ensure they have a consistent supply of high quality medicine.

Most of the arguments will likely center around economics and public safety.  Patients will be proving to the court that they cannot afford to buy the same amount of cannabis from LPs that they can produce on their own and that their health will suffer as a result.  The crown will stress the problems that have resulted from the MMAR program, with many expert witnesses lined up to give evidence that many registered under the program were abusing their licenses, growing beyond the stated limits, creating fire hazards and diverting excess herb to the street.  Even if the judge find it violates a patient’s rights to force them to purchase medicine from a large company, the court may rule that public safety, security and peace cannot be maintained with such a system in place and pull the plug on private gardens.

To complicate matters, the coalition paying lawyer John Conroy has decided to include arguments pertaining to the use of cannabis extractions, which have not been legally available under either program.  Instead of focusing on personal gardens, much of the expert testimony and patient witnesses will need to speak to this issue.  While the matter of cannabis derivatives is likely to be settled with the Supreme Court of Canada decision in the Owen Smith trial being heard on March 20, this trial will certainly add pressure upon the government to amend the regulations to allow patients access to extracts.  Kirk Tousaw will assist Mr Conroy with these arguments in the injunction, giving him some practice before heading to the highest court in the land.

Ultimately this trial may determine whether or not people can grow their own cannabis when it becomes legal for the general public.  If the government is successful and personal gardens are somehow considered too dangerous to allow, then we could see a future where large corporations can sell you pre-rolled joints but growing a plant could put you in jail.  That is basically the situation with hemp in Canada, where you can get a license to grow it if you have 10 acres and pass security checks, but one would face the same charges as you would for growing potent cannabis if you got caught growing a hemp plant or two in the garden for seed.

Patients, police, entrepreneurs and growers across the country will be on edge for the 3 weeks the trial is being heard.  Details should be appearing daily in the media, as both sides are expected to provide strong evidence in favour of their position. The decision will not be handed down immediately, only adding to the anxiety that will be felt by patients who feel there is a guillotine hanging above their heads.  Hopefully the judge will see that taking gardens away from patients is inherently wrong, a violation of the Charter of Rights and Freedoms and a totally backwards approach to dealing with the situation.

Can you imagine a government that does not allow us to cook because it is too dangerous, as if fire and health hazards are too great to allow kitchens in every home?

Georgia Toons·November 5, 2016
There are no comments yet No comments

CBC OF C MEMBERSHIP HAS ITS PRIVILEGES