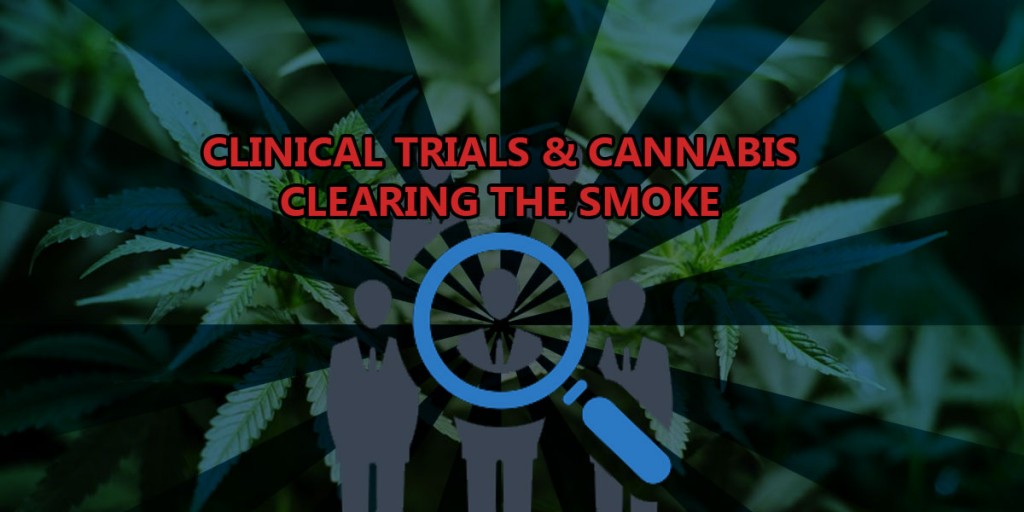 If you’ve been following current events on medical cannabis, you will have heard its critics claim there have been no clinical trials to demonstrate it usefulness.  The critics include, to name a few, the President of the Canadian Medical Association; the Canadian Minister of Health; the Director of the National Institute for Drug Abuse, the FDA and the National Institutes of Health in the US, and medical authorities in England and Wales.  The news media carry stories on the subject daily and, whilst some are sympathetic to patients seeking remedies, nearly all echo the above on the lack of scientific evidence, also called ‘hard evidence.’

Clinical trials are experiments conducted by researchers to answer a question about the usefulness of a proposed treatment.  The largest ones are conducted in 3 phases: phase I with 30-40 subjects; phase II with 80-100 subjects; and phase III with 1,000-3,000 subjects.  The treatment is tested against an older medicine, a placebo, or both.  Hardest of hard evidence is said to come from randomized double blind trials, in which subjects are assigned in random fashion to receive new med, old med, or placebo, where neither the subject nor administering clinician knows which of these any subject is getting.  Trials can take 6-8 or more years to complete.  Governments or private research groups can sponsor these, but pharmaceutical or biotech companies do most of this work.  That’s because trials on this scale cost anywhere from $12,000,000 to $300,000,000.

There are also peer-reviewed studies.  Sites listing clinical studies in general include PubMed; ProCon.Org; NORML; Illegally Healed; the National Cancer Institute; Patients Out of Time; and the Multi-disciplinary Association for Psychedelic Studies (MAPS).

Then there are patients’ anecdotes, and familiarity with these by medical cannabis dispensary directors who meet patients daily.  You’ll have heard experts scoff at small studies and anecdotes.  Well, here’s why you should scoff back.

Large randomized double blind clinical studies are said to be the “gold standard” in achieving certainty.   They are not.  Consider the following.

The large-scale trial mentality is wrong for cannabis.  This fact is well demonstrated by a recent Globe and Mail interview with Chris Simpson, president of the Canadian Medical Association.  History, he said, has seen many prospective medicines that have turned out to be disappointing or even dangerous when “subjected to the rigours of science.”  That statement makes sense if you are thinking about a new medicine.   But cannabis is not a new medicine.  To quote Lester Grinspoon, it has been used for thousands of years by millions of people.  If you compare lists of illnesses for which cannabis is effective, you will see that those found in ancient formularies are remarkably like the lists we see today.  Calling cannabis an Investigational New Drug (IND), as it is sometimes categorized, just muddies up our perception of it.

In sum, it makes little sense for medical cannabis advocates to knock themselves out trying to fund expensive large-scale randomized clinical trials.  The smaller scale studies being conducted by the groups listed above, given time, will translate cumulatively into larger ones.  Even individual anecdotes collected over time will give us large numbers.  Small studies and anecdotes are good.

On this note, I leave today’s discussion with one last thought.  In the 1970s and 80s, cancer patients and AIDS patients who liked cannabis recreationally were the ones who first noticed its healing effects.  Their anecdotes are why, in recent history, we know about these effects at all.  It is reasonable to think that medical applications of cannabis known to earlier generations were discovered in a similar manner.  Thus from the historical standpoint, the much-trumpeted distinction between recreational and medicinal usage falls apart.  What does this mean?  It means that from no perspective is cannabis like the substances usually subjected to large-scale randomized double blind studies.  It’s an ancient plant.  If researchers respect this fact they will study it sensibly.  If they don’t, they will find themselves wasting a lot of time and money.

How Can Cannabis Help in the Treatment of Depression

“There is No Research:” Drug Abuse Perspectives and Cannabis Information for Policy Makers

Are You EndoCannabinoid Deficient?