Twenty One Years Of Marches, Hotboxes and Cannabis Education

Supporters of the International Hempology 101 Society will gather Weds Sept 7 to celebrate 21 years of activism in Victoria, B.C. with an annual march from city hall to the provincial legislature.  With so many things to celebrate, this festive event features costumed cannabis mascots and a large cloud of smoke on the front steps as the group takes annual photos.

Starting at 7 pm at Centennial Square and leaving for the Ledge around 7:30, this march is a delight to participants and tourists alike.

This past year has seen some huge changes in the cannabis scene, notably a new federal government that has pledged to legalize cannabis.  Unfortunately, the Liberals legalization plan looks more like a corporate takeover of the industry so far, but we are really hoping BC will create a unique system of governance that includes existing craft producers.  With another important court victory secured earlier in the year, this one for patients who choose to grow their own medicine, the future of cannabis has never been brighter.

On the ground in Victoria, the non-profit society is busier every year hosting events and publishing the country’s largest cannabis publication, the Cannabis Digest.  On June 11 we organized another International Medical Marijuana Day with our first annual picnic to celebrate the anniversary of Owen Smith’s victory at the Supreme Court of Canada in 2015, encouraging several other groups across the country to have a gathering in the park, too.  Other annual Hempology 101 events include a Halloweed party at the courthouse, April 20 at city hall, Cannabis Day at the courthouse and a Team 420 dodgeball tournament.  The group also works closely with the University of Victoria Hempology 101 Club, which has hosted weekly Weds 420 circles since 1998. 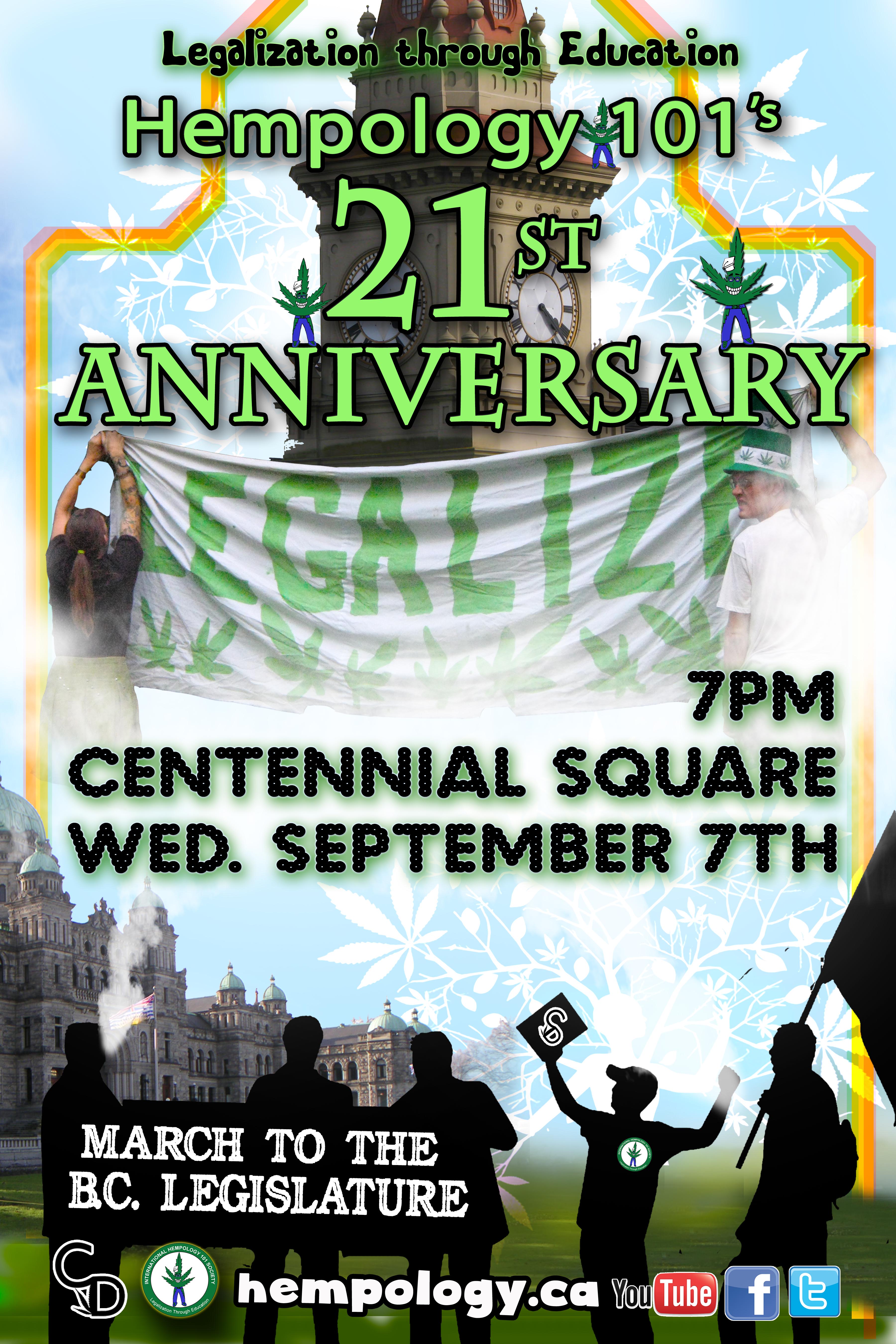