State initiatives forcing a change at the top

Aug. 28, 2013: is it an historically triumphant day for marijuana activists in the U.S., or just more political smoke screen? That’s what many in the cannabis community are trying to figure out.
U.S. Attorney General Eric Holder, in the conference call with the governors of Washington and Colorado, (both states where marijuana has been legalized for personal recreational use) stated there would be a shift in federal policy. He stated the Department of Justice has no intention of going after the states that legalize marijuana, and will back off and take a “trust but verify” stance. 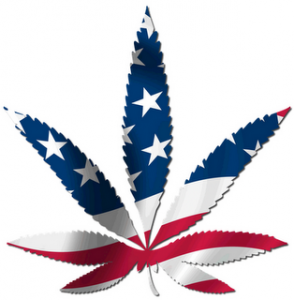 Holder then had his deputy, James Cole, issue a memo that specifically laid out what the federal government still would prosecute in states where cannabis is legal for recreational and/or medical use. The points being (1) non-diversion to minors; (2) Prevention of funding to gangs; (3) prevention of sales to other states; (4) no sales of other drugs; (5) prevention of gun use and violence in marijuana growing; (6) prevention of drugged driving; (7) no cultivation on public lands; (8) no use of marijuana on federal property.

It wasn’t very different from the memo issued in 2009 by then Deputy Attorney General David Ogden. The Ogden Memo covered five of these points already, but was later trumped by the Haag Memo that unleashed what is commonly referred now to as “The Crack Down,” in which hundreds of dispensaries were closed by forfeiture threats and litigation against their landlords. All of this was accompanied by aggressive raids, including the “soul” of medical marijuana in California, Oaksterdam University. The Oaksterdam University in Oakland, California is a place where the cannabis community can learn about medical applications, the law governing growing, and other certificated programs which teach students, the medical effect of different strains of cannabis, among other things. Other threats include IRS attacks claiming there are no viable write-offs when selling federally illegal substances, threats against banks causing them to close accounts of cannabis dispensaries, and most recently a DEA “warning” to armored car services not to contract with marijuana companies. So it’s understandable that some may be skeptical that this memo will make any real difference. And why did Holder do it? Possibly because of a hearing pending 13 days later, where he was to be questioned by a Senate judiciary committee about the wasting of resources on attacking medical marijuana.

Meanwhile, the very recipients of the memo, the federal prosecutors, for the most part seem to think the memo will change little in the cases they are and will be prosecuting.
Melinda Haag, federal prosecutor of California to the East Bay Express said: “The office is evaluating the new guidelines, and for the most part, it appears that the cases that have been brought in this district are already in compliance with the guidelines. Therefore, we do not expect a significant change.”

Amanda Marshall, federal prosecutor for Oregon, to The Oregonian: “We looked at this and the conclusion was this doesn’t really change anything for us. We would still be prosecuting these same cases as we have done in the past and the same cases we have open right now.”

John Walsh, federal prosecutor for Colorado to the Colorado Springs Independent: “We are continuing to prosecute large-scale drug traffickers, consistent with the Ogden and Cole memos. And so, inasmuch as that is consistent with what we’ve been doing in the past, I think there’s not going to be a substantial change.”

In summary, from the perspective of the federal prosecutors nothing has changed, but what about the new language not seen before, that is the direct opposite of what the prosecutors were stating?
So what about the landlord letters? Unknown. Any change in banking? Rep. Ed Perlmutter D-CO, called for a hearing on his proposed bill, Marijuana Businesses Access to Banking Act (HR 2652), stating “public safety, crime, and lost tax revenue associated when these legal and regulated businesses are operating in a cash-only system.” So we have a “wait and see” on that.

In hearings held by Democratic Senator Leahy, Chairman of the Senate Judiciary Committee, Leahy made some important statements on the record, unlike anything we’ve heard before. He expressed concern about the banking industry being willing to provide services to state-authorized marijuana dispensaries, for fear of money laundering, forcing dispensaries to operate as cash-only businesses with no access to banks or credit cards. “That’s a prescription for problems—tax evasion, and so on,” Leahy said.

The DEA, in what seems to be a significant step away from reality, has instructed armored car companies to cease providing services to marijuana dispensaries, almost as if they’re saying “Yeah, let’s get out there this week and have some robberies.” Whether it’s DEA or anything else, bureaucracy trumps reality. It creates a problem. So, what’s the Department going to do to address these concerns with the guidance it is giving states about these banking and tax issues?

Deputy U.S. Attorney Cole agreed that banking is an issue we should deal with. He outlined the public safety concern with regard to cash “lying around”: “We are talking with bank regulators to discuss ways that this could be dealt with in accordance with the laws we have on the books now,” he said. He went on to explain the DEA merely questioned armed car companies and claimed to have not given out warnings as reported.
While this is nothing solid, it’s more than we had before, and the Ogden Memo never had its own hearing. The rest of the hearing was the standard fare of “what about the children” and other boogeyman tactics. There was, however, refreshing testimony from John Urquhart, Sheriff of King County, Washington, the 14th-largest county by population in the U.S. He proudly described himself as “The top law enforcement official in the largest jurisdiction in the country that has legalized marijuana.” He went on to state “I’ve spent almost 12 years as a narcotics detective, and my experience shows that the war on drugs has been a failure. We have not significantly reduced demand over time, yet we have incarcerated generations—the highest incarceration rate in the world.” He did what he could to get the committee to understand the difference between the myths of marijuana and the reality.
Meanwhile, from here on the ground it’s all the same: apparent busts with secret NSA surveillance tip-offs. Patients, doctors, business people and farmers are having their lives turned upside-down for their choice of medicine. But there is hope, as my friend and colleague Micky Martin, author of “Medical Marijuana 101” has said: “The walls of prohibition are crumbling in America and the world. It is the great awakening, and not a moment too soon. There is still a lot of work to do but I am more hopeful that cannabis will be legal for adults to use as they please sooner than later.”
I have to believe: Cvil rights are won by a million small victories, and that this can be counted as one of them.

In 2015, Canadians will be heading into a federal election.  A key issue will be legalizing marijuana.  The contending Liberal Party of Canada led by Justin Trudeau, supports the idea.  The ruling Conservatives led by Stephen Harper oppose it.  But while the Liberals have taken the lead by proposing this legislation, it is their opponents who have […]

Our Response to the Proposed Approach Survey

(The Questionnaire is only available until January 20th. Have your say right away!) By Ted Smith and Clea Maclean Health Canada is seeking your feedback on the Proposed Approach to the Regulation of Cannabis. This consultation builds on the extensive consultations conducted by the Task Force on Cannabis Legalization and Regulation. The consultation is guided by […]