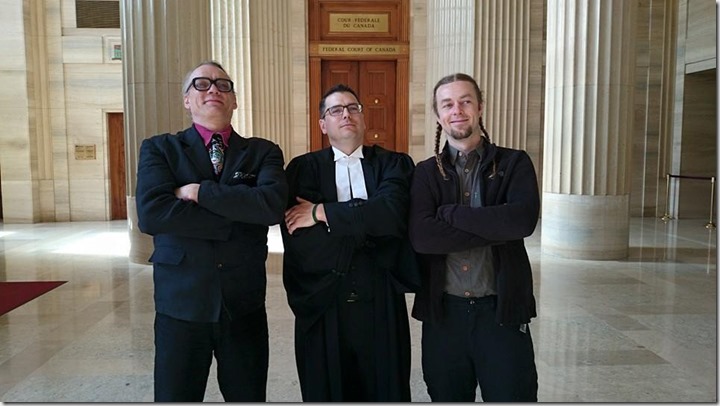 It has been a busy winter preparing for the Supreme Court of Canada trial and there is much relief that it is over.  At least the hard work is over and now we are preparing to celebrate when the decision comes down.  Owen Smith has gone from our head baker to a Canadian hero.

We will be given a few days notice that the decision is coming so we can prepare.  Lawyer Kirk Tousaw will actually fly back to Ottawa, where he will be locked in a room with crown attorneys for an hour to read the decision before it is made public.  Back on the island there will be a press conference at the club in the morning it is released followed by an afterparty at Gayle’s property in Cobble Hill.  A larger final public celebration will be held in Victoria soon after Kirk arrives home so everyone can gather one last time.

Leading up the hearing was a very busy time as Tuesday March 17 was International Medical Marijuana Day.  We held our annual silent art auction at the Victoria Cannabis Buyers Club raising around $800 for the court case.  Of course, the city of Victoria declared March 17 as International Medical Marijuana Day, as they have since 2002, and I gave a brief presentation to city council earlier in the month updating the trial and thanking them for the proclamation.

One of the biggest changes at the VCBC lately has been the introduction of extracts like “shatter” made by the Beard Bros. and other high-quality extract producers.  There were several legal and medical reasons we would not provide these products before but it seems the time is right to make these options available to our members.  Since this is new to many, please feel free to ask the staff to spend some extra time with you explaining how best to use these extracts.

A big thanks to the group of board members and volunteers who have been helping keep the 420 circles at UVic going without me.  I have not been able to attend since Gayle’s back collapsed last fall and it means a lot to me that the gatherings still happen.  We have organized weekly 420 circles for 16 years and it is has become a tradition of the students to attend.  Hopefully this fall I will be able to make some of the 420s, as we are lacking a good speaker to fill my shoes and the meetings at the beginning of the year are huge.  If anyone wants to help speak at these 420s, please let us know.

We will also need a lot of help on April 20 at the annual celebrations at City Hall.  Last year a kid actually lit a palm tree on fire, so we want to be prepared as much as possible for more antics.  This year we had a number of volunteers ready to coordinate security.  It is very important to us that our group act responsibly.  We also organized a clean up after the party, as we always leave Centennial Square cleaner than when the day starts.  Pot costumes were worn and bongs were won!

Hope everyone else had an awesome 420, wherever in the world you are.

The next big event after that is Cannabis Day, otherwise known as Canada Day (July 1st) by conservatives.  Every year we hot-box the front steps of the Victoria courthouse at 4:20 pm and then play our gameshow, REACH FOR THE POT.  It is a very festive occasion and the only requirement is that you do not bring alcohol.

On a personal note, despite being sent home to die last fall, my love Gayle Quin has been doing everything possible to fight the cancer that is eating away at her bones.  She has been consuming a lot of cannabis oils, hash and concentrates, all of which is being donated by either the VCBC or other friends.  We are so very, very grateful for all of the support.  I am sure she would be dead without all of the cannabis our friends have given her the last few months. 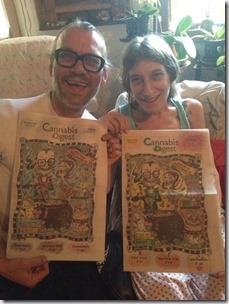 Gayle Quin is very honored and touched to be mentioned on the front cover of the Skunk magazine dedicated to the women of cannabis.  It was tough writing the article, as she was very close to death at the time.  She has infected so many people with her passion and zest for life.

Be It Resolved That Cannabis Plants, Like Cats, Require Minimum Levels of Regulation, If Any: A Ramble on Regulations Judith Stamps Imagine a group of city planners and cannabis medicine specialists, designing a system for patient access. Because the oldest compassion clubs are, to date, the best available authorities on medical cannabis and community liaison, […]

The Stoners Guide To Quarantine Boredom