Deprecated: The $control_id argument is deprecated since version 3.5.0! in /home/oq5ayjaeetjt/public_html/wp-content/plugins/elementor/modules/dev-tools/deprecation.php on line 304
 Whoopi Goldberg Looks to Expand Cannabusiness Into Canada - Cannabis Digest
Skip to content

American actress and comedienne Whoopi Goldberg on Monday expressed interest in expanding her fledgling cannabis business into Canada, though she took care to say that a successful expansion would not be immediate.

“It’s going to take a minute,” the actress said in an interview, stressing that many steps lay ahead before her products could be made fully available in America’s neighbor to the north. “You have to go through lots of different conversations… We’re just getting our toenails wet.”

Goldberg first announced the initiative — called “Whoopi and Maya,” after the business partnership between herself and Maya Elisabeth — in March. The business looks to offer cannabis-infused products for women in an effort to reduce menstrual pains and cramps.

She stated at the time of the products’ launch that she was catering to an untapped niche market.

“When I asked whether there was medicinal cannabis out there to give relief to women with cramps, I was told that would be a ‘niche’ product,” she said. “We’re here for that niche, which is made up of half the population.

“I want to go nice and slow with this. I don’t want this to be a joke to people. It’s not a joke to women,” she continued. “I had to help people if I were going to be involved.”

Goldberg’s move comes amid something of a renaissance in Canada towards cannabis. Just this month, the Canadian government announced new regulations regarding the cultivation and use of medical cannabis.

“Moving forward, Health Canada will evaluate how a system of medical access to cannabis should function alongside the Government’s commitment to legalize, strictly regulate and restrict access to marijuana,” the government’s website explains.

The alteration of cannabis law comes on the heels of an April announcement by Canadian Health Minister Jane Philpott that the country would seek to legalize and regulate the substance by early next year.

“Our approach to drugs must be comprehensive, collaborative, and compassionate,” Philpott said in her address to the UN General Assembly Special Session (UNGASS). “It must respect human rights while promoting shared responsibility. And it must have a firm scientific foundation. In Canada, we will apply those principles with regard to marijuana.”

Despite the government’s movement toward a more accepting approach to cannabis, however, the substance nonetheless remains a target for local law enforcement: A series of May raids in Toronto, for example, resulted in the arrests of over 90 people and the seizing of hundreds of kilograms of cannabis products. The raids infuriated many cannabis activists — including famed Canadian cannabis activist Marc Emory, who subsequently denounced the raids in a lengthy newspaper column.

It is against this progressive yet volatile and uncertain backdrop that Goldberg will attempt to crack the Canadian cannabis market, which has thus far limited to only a handful the number of businesses who have been granted a license to grow cannabis. 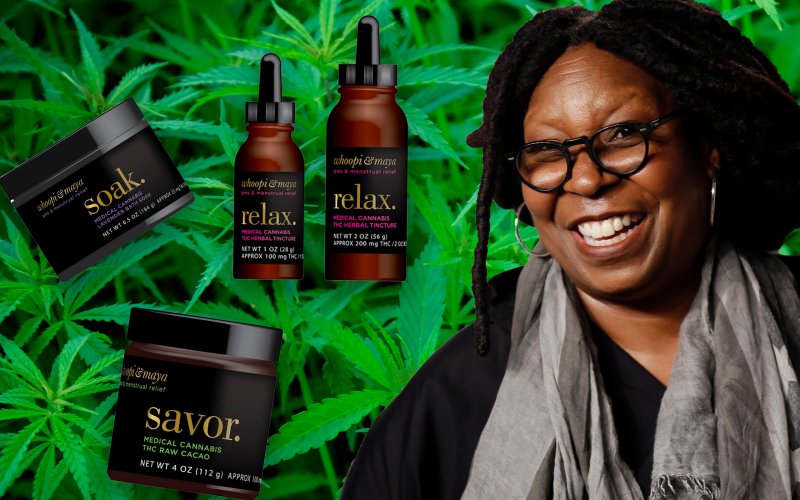 Goldberg appears optimistic for the future.

“Your new guy is so smart — young baby Trudeau,” she said. “He’s so smart at this. I just want to make sure that we’re talking to people so that we can bring our product.”

Russell Barth The first compassion club or marijuana dispensary in the Ottawa area was Cannapharm, which opened in 1998-99; it was short-lived. It got busted, and there was neither the money nor the wherewithal at the time to keep the dispensary going. In the summer and autumn of 2002, Christine and I ran an informal compassion […]