This document was found by Beth’s father
a week after she passed away. These are notes 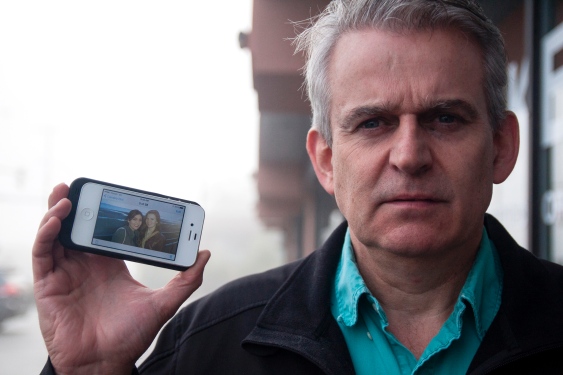 for a video she was making.

I’d really rather not have to make this video as I’ve always been quiet about my condition, however, I wish to voice my outrage at Health Canada before I have no voice at all. No one in 3 years has ever suspected I have had 4 Grade IV Glioblastomas and 4 brain surgeries to remove them. I often joke that I’ve had more surgeries in the past few years than I’ve been to the dentist. My experience with Western medication and conventional treatment has had some ups but many downs. It was when I was told at 17 years old that there was nothing more that could be done in order to treat my cancer that my father took the initiative to start researching other options. It was on April 20th, 2011 that he announced to me at dinner that he thought I should consider taking cannabis. Since 4/20 is an infamous day in the cannabis community, I naturally thought he was kidding. When he showed me the research that was going on internationally I felt for the first time in a while some hope.

It took a long time for Health Canada to process my paperwork. I had been given a lifespan of 6 months and Health Canada took far longer than that. If it had not been for compassionate clubs in Vancouver I’d have been without medication completely. I was also surprised to not receive an actual health Canada ID card along with my documents. I phoned to find out why this was and was told that it was because they’d recently not been able to make enough cards for everyone needing cannabis. As drivers licenses, compassionate cards, care cards, and many other forms of ID are being made every day I was not pleased with this answer. Upon telling them that I was aware that they had not printed these cards for two years I was finally told that the two passport style photos I’d sent in were in fact purely for identification reasons. It made me feel like a criminal. A criminal for seeking a cure for cancer.

I frequently find myself in an interesting place when the topic of cannabis arises. Many people are uninformed and misled like I was a few years ago. They assume that cannabis can kill you, yet don’t realize that there is nothing on record of someone dying because of a pot overdose. They believe it is addicting but don’t realize that only 9% of people get addicted, the same percentage as people getting addicted to Starbucks. They also think it turns people into trouble makers or dangerous people. I take high amounts of cannabis daily and the only thing I’m a danger to is cake. People also tell me that it must have been dangerous for it to be criminalized in the first place. The initial reason was that it was such a profitable crop that it was threatening the lumber industry. Even George Washington grew hemp. I’ve also been faced with people telling me that pot addicts can’t become successful people. I had a 4.0 GPA, was in 2 school shows and helped direct a third, worked 2 jobs and got into UBC and UVic all while taking cannabis. Not to mention that some of the most famous musicians of the past and present frequently partook in smoking pot. The illusion that marijuana is a dangerous, harmful substance needs to be shattered. Even if you don’t like cannabis, the facts are there. As logical people we need to ask ourselves why substances like nicotine and alcohol that frequently lead to violence and death are legal when cannabis is not.

Whether you agree that cannabis is more beneficial than harmful or not one thing that I hope can be agreed upon is that medication should not be denied to sick people. The cost for me to take a medicinal plant that helps with my sleep, anxiety, nausea, headaches, appetite, and pain will rocket from $300 a month to $3000 for no logical reasons. By April next year we may not be able to afford my medication. If Health Canada is allowed to make these changes I may be denied the medication that is helping me more than anything I’ve taken provided by a pharmaceutical company. Something is wrong within our health system and government and as a nation we need to speak out against it. I may be someone who has a terminal disease, but it is our government that is truly sick.