The recently announced decision by Health Canada, to permit home growing of medical cannabis, is widely regarded as a step forward for patients, and a win for cannabis culture. The program is called: The Access to Cannabis for Medical Purposes Regulations, or ACMPR. There are good aspects to this program. Under the new rules, patients can apply for registration cards to grow a set number of plants: five, if grown indoors, or two, if grown outdoors, per gram of prescribed daily bud. Patients can also have designated growers, but each participant can grow for only two people in total. Four growers, representing up to eight allotments, can share a garden in a single location. Therefore, with the help of generously minded doctors, who will prescribe, say 5 grams/day, we could be seeing new, shared legal gardens of 200 plants or more. As gardens are in themselves wonderful, this policy looks grand.

But I am not cheering yet. True enough, there is reason to think: if medical home growing is here today, can the ideal of craft cannabis be far behind? But that’s not how Licensed Producer, Tweed, reads the situation. According to the new regulations, applicants must buy their seeds, or clones, from an LP. (How HC plans to enforce this rule they have yet to say.) Straight off the mark, Tweed has produced an ad, offering, not to sell you seeds, but to become the home for your ‘home grow.’ The idea is, you pick one of their strains, and they grow your plants for you. Consider the way they advance their idea in this advert. 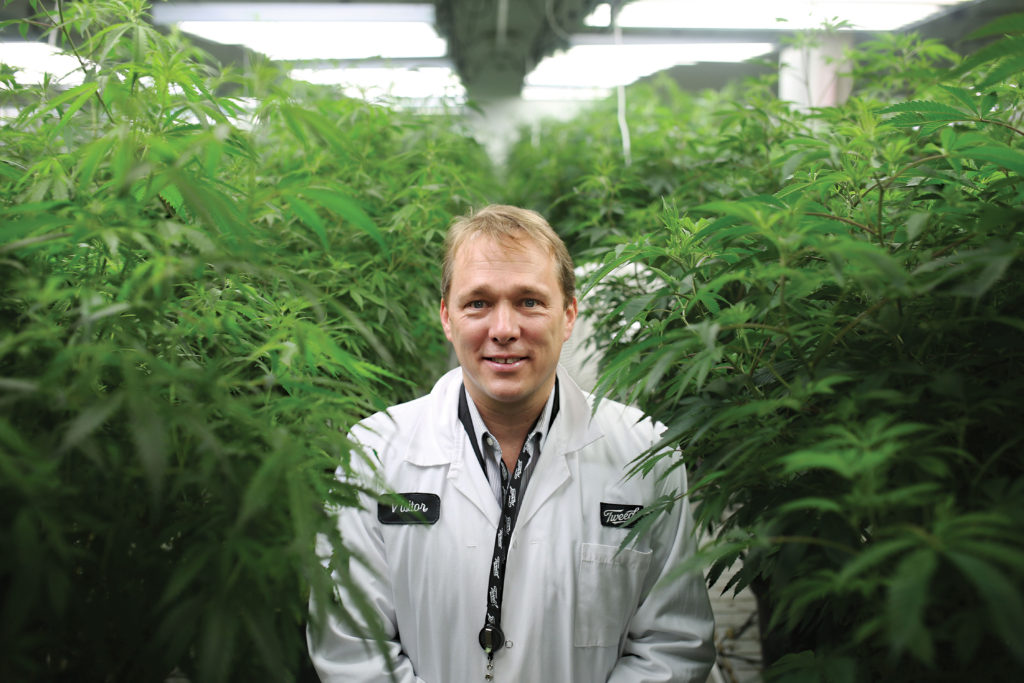 “While we support the patient’s right to grow at home, the MMAR and the grow-at-home system it represents is not good policy. All of the flaws that existed in 2013 when the government concluded after extensive consultation that the MMAR presented elevated diversion risks, abuse of plant limits, and an inability for law enforcement to know legal from illegal cannabis—still exist today.”

“While we believe this is a short term initiative, with a broader overhaul of cannabis policy expected in the coming months, it is still a setback for the advancement of sound cannabis policy and Canada’s global leadership in cannabis regulation. To the extent that this short-term opportunity allows us, we want to help customers explore ‘grow at home’ outside their home. We’ll rent you a space, genetics, and supplies, and we’ll help you grow your own plants at our (non-MMPR) facilities. Home Grow Without Your Home-Only From Tweed.” (Their boldface)

At the risk of sounding wild-eyed, and curmudgeonly, here is how I read this offer. Tweed will enjoy the health benefits of growing your plants—the same benefits acknowledged by Justice Phelan in Allard et al vs. Canada—for you. (Those benefits, it should be remembered, extend to patients with designated growers, as they too can enjoy watching their plants grow.) To amplify the advantages they derive from growing your plants, Tweed will charge you rent. Then at some point, they will mail you ‘your’ cannabis. Thereupon, you will be in a position similar to that of law enforcement mentioned in Tweed’s blurb. Never having seen them grown or cured, you will have no way to “know” your buds from any other buds, legal or illegal. Then there is the matter of amount. You are only entitled to grow a set number of grams, and plants are unpredictable. Thus, reading between the lines, Tweed plans, in addition, to snaffle up any surplus that your plants produce. But that’s just me thinking that this is a bad deal. Here’s my real concern. Tweed calls this policy a short-term initiative, and a short-term opportunity, to be corrected post 2017. Let us be plainspoken. LPs have the ear of the Liberal government; Cannabis Culture does not. Here is an example of how that rift works. 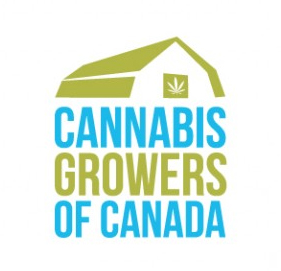 This week I had the opportunity to interview Ian Dawkins, executive director of Cannabis Growers of Canada. CGC represents growers, bakers, extract makers, dispensaries, and auxiliaries such as brokers and insurance sales people, all part of the cannabis industry. Their membership, Ian believes, stands at around 250. It may be a bit higher now, as the Toronto-based, Cannabis Friendly Business Association, headed by Abi Roach, has just joined forces and merged with CGC, details still to be worked out. (News Scoop Alert) CGC will also represent three new dispensaries set to open in Ottawa, this coming fall. (Ditto) CGC is non-partisan. They are happy to work with any political party, at any level of government.

In Dawkins’ view, activism at this point is not enough. The industry needs lobbying by a trade association with a large membership. With this idea in mind, some weeks back, CGC sent a registered letter to, Bill Blair, Trudeau’s point person on cannabis, requesting an audience, and chance to talk. The letter was ignored, or at least has never been acknowledged. The association sent similar letters to the Ministers of Health, and Justice. The Ministers wrote back, and told Dawkins to consult with Bill Blair. Dawkins managed to meet and talk with Liberal MP, Hedy Fry’s staff, but not Fry herself, and with a couple of NDP MPs. Given the range of businesses that CGC represents, and given Dawkins’ experience, it is fair to say that the feds have donned anti-cannabis culture blinkers, and have closed ranks. So, if you have the energy to lobby, maybe find another level of government. I asked Dawkins if his association had any communication with LPs. He said that some speak to him in a friendly way at conferences and trade shows, and sound moderate, but clearly none has come out to criticize raids on dispensaries. And sadly, all are quiet members of the same association that lobbies against dispensaries, and maligns CGC members in public.

Sensibly, Dawkins has turned to other levels of government. He has succeeded in getting an audience with BC Premier, Christy Clark. His point to her was that there is a lively, successful industry in BC, and that shutting it down in favour of an Ontario-centred, LP run system would yank billions of dollars out of the BC economy for no good reason, causing widespread loss of livelihood in this part of the country. He found the conversation positive. But then Clark is elusive, so it’s hard to tell what she is thinking. He has also spoken at length with some NDP MLAs. BC will have an election in the spring of 2017, just about the time when the new, general cannabis regulations are announced. So Clark could be ousted. If the NDP wins, we will have John Horgan as Premier, and Horgan is a cannabis friendly fellow. Either way, a face-to-face conversation at the provincial level is a start, and a radical alternative to the cold shoulder offered by the Liberal Party of Canada.

Ian has metaphor that he likes to use when describing the Canadian conversation on cannabis. He compares it to the debate on national health care in the US. That program was the culmination of years of national debate that began in the 1930s, developed in earnest during Bill Clinton’s years as President, and ended a decade later in Obama Care. Canada has never had a national debate on a cannabis industry. We have never talked as a nation about by whom, and for whom, such an industry should be run. All we have had is propaganda from the RCMP, and from a prominent BC Fire Chief, and, on the other hand, the words of John Conroy, Kirk Tousaw, and other challengers. And now we have the LPs, a well-funded lobby group centred in Ontario. What we don’t have is well chewed middle way, settled in people’s minds through decades of chats over barbecues and beer. The CGC is all of eight months old. So it is struggling, as are its member organizations. If we have deep roots to stand on, I add, they are in the Canadian commitment to individual liberty. That commitment may see us through this mess, if CGC and others of like mind continue their journey.

The CGC ideal is to have a production model built on as little overhead as possible, where what counts at the end is a test result, signed off by a reputable lab, telling us if the tested product is safe to enjoy. For the recreational market, especially, Dawkins would like to see cannabis treated as an agricultural product, available to for sale at farmer’s markets, rather than at reefer madness markets. More generally, for CGC, good cannabis is cannabis grown in the least energy intensive way possible, with organic controls, preferably out doors, and in the sunshine.

But that model is light years away from the thinking of Trudeau & Co., which brings us back to my original point. I am heartened by the words of lawyers, Kirk Tousaw, and John Conroy. From their point of view, the rights for patients to grow cannabis, as set out by the ACMPR, are a secure win. The current MMAR growers are still protected by an injunction, and Conroy sees no reason why, in the future, they will not be able permitted to carry on. But then why does Tweed talk as if home growing, and, reading between the lines, ‘other’ growing will be phased out, come the spring of 2017? Will the Liberals argue that distribution must be strictly controlled, and that all cannabis and seeds come from a ‘legal’ source? Will they argue that the CGC represents only bad sources, in some sense, and that government controlled LPs are the only safe source? Will this idea have something to do with Canada as a global leader of cannabis policy? How, specifically, does Tweed imagine that small-scale home growing will be phased out? Is there a way around the Allard decision? That’s a mountain of ‘ifs.’

I read the CGC experience as a cautionary tale; it cautions me not to see the ACMPR in too sanguine a fashion. Tweed is friendly with the policy makers in Ottawa, and has its hands closer to the wheels of power, than do members of the CGC, or bloggers for the Cannabis Digest. I’m hoping the LP is all bluff. But as a hedge, I think I’ll hang on to my mistrust of government just a while longer.

By Judith Stamps Here we are in the season of Home Canning, Harvest festivals, Thanksgiving, Halloween, and the dreaded Federal Election, a festival of sorts that we add once every four years.  It isn’t an enjoyable festival, though, and it is hardly an ancient tradition.  On some days it is so tedious, so juvenile, and […]