Deprecated: The $control_id argument is deprecated since version 3.5.0! in /home/oq5ayjaeetjt/public_html/wp-content/plugins/elementor/modules/dev-tools/deprecation.php on line 304
 Law Enforcement Against Prohibition – Part 3: An Uncritical Media - Cannabis Digest
Skip to content

A major obstacle to reforming our cannabis laws are vested bureaucratic interests, mostly in law enforcement but also include a cadre of lawyers with lucrative contracts with the federal government to prosecute cannabis offences (Oneil, 2002). The status quo rewards police with human and material resources, prestige, and the imagery of “expertise” – despite the relatively low educational requirements for entry into its ranks (e.g., the Mounties do not require Grade 12 for new recruits). There are a few academics who engage in paid research for the RCMP and supports the latter’s drug-enforcement agenda (S. C. Boyd & Carter, 2014, pp. 64, 134) or, in the past, have undermined public health initiatives which address opiate addiction (Fournier, 2008; Stueck, 2008).

Repeated over and over, the media’s message links drive-by shootings, life-threatening conditions in grow-ops from poor wiring, mold, weapons, explosives, booby-traps, and declining property values. It’s not long before many Canadians are sufficiently indoctrinated to believe in this official discourse of racialized myths. In reference to their content analysis of media stories on marijuana grow-ops, Boyd and Carter (2014) argue that: 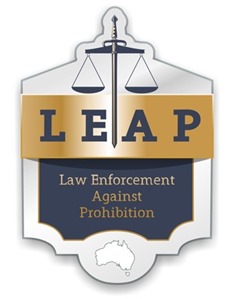 “[w]hat remains striking over the 15 year span of our media project is the hyperbole and unsubstantiated claims about marijuana grow ops and organized crime expressed by a small group of spokespeople, mostly RCMP, police, and some government officials, and reported, for the most part uncritically, by the print media.… Yet internationally and at home, a wealth of research points to prohibitionist drug policy and law-and-order initiatives as fuelling the drug market… There is no empirical evidence demonstrating that harsh drug laws and penalties deter marijuana production or any other type of drug offense. Indeed, a growing body of scientific research reveals that drug prohibition and increases in drug law enforcement result in higher rates of drug market violence and fail to reduce the prevalence of drug use (p. 113; emphasis added). “

Canada appears to have excellent health policy outcomes to address the 40,000 annual deaths attributed to tobacco use. Through regulation and public education, we have achieved remarkable results in deterring young people from becoming addicted to the narcotic found in tobacco. (Nicotine is a narcotic while cannabis is not.)

According to Health Canada, in 1985 35% of 15-19 year olds were tobacco smokers. In 2012, only 16% of the same group were smokers. For youth aged 20-24, 43% were smokers in 1985, but in 2012 only 20% of this age group smoked tobacco. This worthwhile health objective has been met without arresting anyone for possessing, trafficking, or producing tobacco. It appears that tobacco regulation, compulsory packaging with disturbing imagery, and education in our schools have resulted in noteworthy gains for all Canadians. 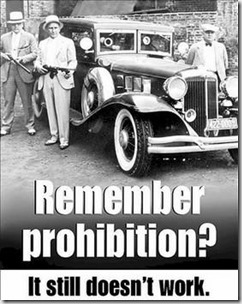 LEAP Lobbies for an end to Prohibition

LEAP does not endorse any particular policy for stopping the war on drugs. We are committed to lobbying for an end to the waste and human suffering associated with anachronistic drug law policies. However, we are aware of the positive outcomes where prohibition policies have been replaced with health models (Economist, 2009; McCaffery, 2010).

The positive health outcomes with respect to tobacco control might reasonably be applied to a regulated cannabis market. While the details have to be worked out, cannabis can be sold to adults through government-regulated and supervised agents. Education directed at young people about all psychoactive substances must be informed by science and delivered by qualified teachers. New policies should be informed and updated by continuous evaluation research from jurisdictions where cannabis has been legalized or decriminalized (e.g., Washington, Oregon, Colorado, Portugal, etc.). In this way we can move towards more humanitarian and effective drug policies.

By Ted Smith Friday, March 20, 2015 will be forever etched in history as the day the laws prohibiting cannabis in Canada get proven to be counter-productive before the Supreme Court of Canada.  Never before has the highest court in the land been shown such strong evidence that the benefits of this incredible plant far […]

A Word to the Cannabis Medicine Makers: My Talk to the Vancouver Island Chapter of Women Grow Judith Stamps Much is heard today about the practice of networking. Business and tech magazines encourage us to network. Networking helps us to find useful associates and ways to boost our products in the marketplace. If we wish […]