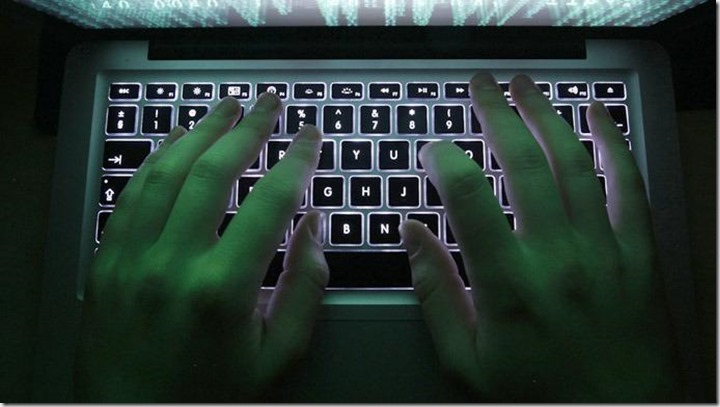 I was raised in some of the most socially and politically conservative parts of Canada. As a child and young adult, I was well educated in the harms associated with illicit drug use. I had no reason to believe that those lessons were based on bad information. I kept my distance from drugs and had been known to be the perpetrator of herbal espionage—flushing the occasional stash I found down into the sewers.

I also learned to keep my distance from those who engaged in drug use. I saw them to be wasting their lives and minds. This effectively put me in a bubble limiting my experiences to those on the straight and narrow path, topped with the occasional wine cooler.

Since my life’s path had kept me in fairly conservative locations, and working in professions in which the culture was also reserved, I kept my bubble in tact well into my adulthood. I was at peace with the laws of my country, and felt that we were mostly on the right track.

When I moved to B.C. in 2001, I found it difficult to keep my neat and tidy bubble intact. It was impossible to exist in the Fraser Valley and not get to know someone who was a cannabis consumer. These being my first interactions with regular consumers (that I knew of) caused me to question the “facts” as I had understood them.

The Union: The Business Behind Getting High was the catalyst that disturbed my conscience enough to either debunk or confirm what the documentary claimed. After months of reading everyday for hours, I became convinced the facts shared in the documentary were true, and cannabis had the potential to aid and heal many illnesses, including cancer, which was personally very significant. I was convinced that cannabis was the better medicine, and a healthier recreational choice for most people.

The internet was instrumental in my drug re-education. This was not a topic that I would get a book out of the library about—what would the librarian think? It wasn’t something that I was about to ask friends or associates about, as they might get the wrong idea. I was living a fairly remote lifestyle outside of a small town. There were no head shops, lounges, or seed banks. The cannabis culture was invisible. The net, with its relative privacy and access to incredible amounts of information and people, was my only choice.

Today the net is even more relevant to our cause. More people have access to internet through their homes, and the social networking explosion has made it easier to find people who are cannabis friendly. As more people become aware of medicinal uses of cannabis, one of their first stops is going to be Google, or some other related search engine.

These are the “investigators” who mine forums for information. They tend to just watch what is happening and consume information. It is important that we are able to provide legitimate, relative, and truthful information to these budding enlightened ones. This step, in accepting the facts of prohibition, can last fairly long depending on the person. Investigators are prone to being overwhelmed by unrelated conspiracy theories.

My first experiences with a cannabis activist in B.C. only confirmed my ill guided belief that “pot-heads” were mentally ill. At first, I was interested in what he was doing, and why he was doing it. When I contacted him via email, he sent me to his website, which among the cannabis related information there were theories about 9-11, assertions about population control (where the governments of the world are causing the deaths of part of the population through various means including chem trails) and other wide ranging conspiracies. It turned me right off seeking out any further information for some time.

As I moved through the investigator stage, I became more social about the topic. I was curious what people were doing with the information, and what I could do to help. I started to take part in forums and using facebook as a networking tool. I used email to contact those in the know, and asked lots of questions. This stage, I tend to think of as the “inquisitor” stage.

In the net realm, this stage is often the most annoying to others. In forums, it leads to fairly open ended and simple questions. There is an overwhelming amount of information about the prohibition of cannabis out there; inquisitors are looking for guidance and a little help navigating and understanding the massive amounts of information available. They are also trying to digest a whole new world view, and are simply looking for connection to others that understand what they are experiencing. I try to treat inquisitors gently because I understand their potential.

If treated well, inquisitors will join the chorus and become active within the community, especially if they can build relationships with others who are active in the movement. Fortunately for me, I met Ted Smith early on in my inquisitor stage, and it was his patience with my ideas that helped me become far more effective, and useful to the movement than I ever imagined.

As the inquisitor becomes seasoned, they want to become more active, which can be difficult for those in remote locations, or small towns and cities without an active cannabis community. “Budding activists” have a lot of energy and creativity, yet they still need guidance and a strong community to support them when the inevitable frustrations and losses come. In this regard, the internet is an invaluable tool and support.

In my own journey, facebook became fairly instrumental in connecting with other activists to familiarize myself with what others were doing. As I progressed in my understanding of prohibition, it also started to become my soapbox. My list was full of hundreds of conservative people, from family to pastors, missionaries, and my old school friends who were raised a lot like me—in a bubble. It has lead to thousands of messages back and forth on the prohibition of cannabis between myself and church leadership, old teachers, missionaries, and other politically minded people from my facebook list, and past lives.

When using facebook or twitter in this manner, it is important to publish for your readers. My conservative list would not even consider clicking on a link to something that was obviously put out there by cannabis sites like Cannabis Culture, or Toke of the Town. Instead, I share stories in mainstream media. I have also found that people are more likely to click on the link if you make a comment. Even if it is as simple as copying the main idea from the news story itself and cutting and pasting it into the comment section.

News reporters and other interested parties are listening to the internet chatter. It is not unusual these days to hear or see a news report that refers to what people are saying on facebook and twitter. Even the government is mining social networking for their own purposes, as well as paying people to represent the governments opinions.

With a net connection and a computer, anyone that can string five words together into a sentence can do their part to inform, and persuade. If facebook or twitter aren’t your thing, there is always the opportunity to comment at the end of a news story posted online. If words are hard to come by, try informing by posting videos on Youtube, or using music to get your message out.

There are also many websites and forums dedicated to cannabis. Some that focus on growing, others on cannabis news, or like Hempology 101’s website, they are centred around the work of a particular organization.

The Hempology.ca and CannabisDigest.ca websites are valuable for keeping people connected to what Hempology is doing, and informed on the latest news throughout the movement to legalize cannabis and hemp farming. The Cannabis Digest forums are growing everyday—exponentially. The more people that come, the more people will be attracted to it. The more people post, the more often the our websites site will be found, and likewise the more people we will reach.

Recently, there was the addition of the magic bus—an instant messaging feature—to the forums. It allows members to stay in touch, in real time, with each other as we progress through the day, discuss the latest developments, or just sit back and have a laugh with one another. I think of it as the water cooler of our virtual office where stories are swapped and colleagues can encourage each other.

The internet is full of ways that you can exercise your activism and make information available to the masses. From social networking to blogging to forum building, it is limited only by your imagination and with the whole world logging on, there has never been a better time to make yourself heard.