Deprecated: The $control_id argument is deprecated since version 3.5.0! in /home/oq5ayjaeetjt/public_html/wp-content/plugins/elementor/modules/dev-tools/deprecation.php on line 304
 Cannabis and The Green Party of Canada - Cannabis Digest
Skip to content

This is the Third part of a blog series concerning the upcoming Federal election.

The Green Party of Canada shares a similar view on cannabis as the Liberals – they support full legalization. They have been outspoken in their support of legalizing cannabis and included a section (Section 4.9 – Ending The War On Drugs) in their platform that deals with the issue of the war on drugs. They are the only party that has calculated the tax revenue (Budget Calculation) that Canada will gain by full legalization.

The Green Party believes that the prohibition of cannabis and the war on drugs have failed – miserably. In their opinion, not only does it waste taxpayer money, but it also “[criminalizes] youth, and [fosters] organized crime.”

Candidates for Kooteny-Columbia participated in a “Question of the Week” series with The Nelson Daily in the lead up to the federal election on October 19th. Earlier this month each candidate was asked where their party stands on legalization of cannabis – Green Party candidate Bill Green stated: “I fully support the Green Party policy with respect to marijuana/cannabis for both medicinal and recreational use, which is: Legalize, Research, Educate. Legalize so that the link between the production and sale of cannabis and drug gangs is severed.” 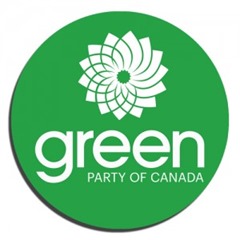 Green went on to say:
Research to carefully determine the full range of health/medicinal benefits and health risks. Where scientific studies demonstrate health benefits and appropriate modes of use and dosages, medical marijuana should be brought fully within our regulated drug and medical system so that people needing cannabis treatment can obtain prescriptions from their family doctors and purchase treatments at their local drug store.

The Green Party national Pharmacare plan will then kick in so that cost is not a barrier to anyone needing therapeutic marijuana.

Physicians then need to be educated on the medicinal values of marijuana, and Canadians should be informed of the results of ongoing research about the health benefits and risks of various modes of cannabis use.

The federal Green’s have seriously considered the issues surrounding prohibition, and understand what Canada stands to gain by legalizing cannabis. In January of 2010 Elizabeth May, leader of the Green Party of Canada sat down with Cannabis Digest for an interview. She spoke candidly on the harms of prohibition and what her party would like to see for Canada, in regards to legalization of cannabis.

There is solid research that prohibition doesn’t work. There is no reason to treat marijuana as an illegal substance; and by regulating, legalizing, taxing, then you have a much more sustainable ongoing access to marijuana for people for medicinal reason, for recreational reasons, but with the proper limits and all the same programs of awareness for ‘don’t drink and drive,’ ‘don’t be under the influence of any kind of drug or artificial stimulant when you are behind the wheel.’ So it’s a full package recognizing marijuana as legal which is different than promoting its use.

Even though this interview is more than 5 years old it is still relevant to this election – the Green Party has not changed their opinion on prohibition and have consistently been on record, backing full legalization.

In January of 2012, almost a full year before the Liberals drafted their policy document,
that created a framework for legalization, Elizabeth May spoke out to show her support of their changing attitude towards cannabis legalization: “It is nice to see another party come in line with Green Party policy. We have said for years that we should be regulating and taxing marijuana and freeing up our police resources to fight real crime”.

This election is could be one of the most important in our country’s history. “Elections Canada says an estimated 3.6 million people voted during four days of advance polls running from Friday to Thanksgiving Monday, representing a 71 per cent increase over three days of advance polling in 2011.”

For whatever reasons, this election is engaging voters in a much different way than any election over the last several decades. I urge you to get out and cast a ballot, it does not matter whom you are voting for, or why you are voting – just get out there and vote. It is your right and your privilege to vote. Please make your voice heard – your vote counts.
If you have any further questions for about the Green Party’s platform, or would like to find a candidate in your riding, please visit their website:
www.greenparty.ca/en
Written By: Beth Cormier

This is the Forth part of a blog series concerning the upcoming Federal election.