Deprecated: The $control_id argument is deprecated since version 3.5.0! in /home/oq5ayjaeetjt/public_html/wp-content/plugins/elementor/modules/dev-tools/deprecation.php on line 304
 Cannabis and the Project of Enlightenment: Can We Make It Work? - Cannabis Digest
Skip to content

ONE FACT, TWO RULES, AND A DEFINTION

FACT: inequality in wealth and power is increasing in our world.  The richest one percent of adults own over 40% of the world’s wealth (land, buildings, food, resources, machinery, weapons, technology, and cash), a figure that, according to Credit Swisse, will rise to over 50% by 2016.  RULE ONE: In relations where one group dominates another, there is a negative correlation between the level of authority the dominant group wields and how much it feels compelled to explain its actions.  Masters feel the need explain almost nothing to their slaves.  RULE TWO: Where one group dominates another, it is the subordinate group that takes on the job of learning about and understanding how the relationship works.  The dominant group doesn’t stoop to such things.  DEFINITION: Alienation is the condition of living in a chronically lopsided power relationship.

TWO CONCEPTS OF WHAT DRIVES THE COSMOS

ONE: what drives this world is the power to attack and destroy.  That’s the militaristic view, and what we identify as the right wing outlook.  TWO: violence is undoubtedly real, but what really drives the world is imagination and creativity.  That’s the view we recognize as predominantly pacifist and left wing.  As the right tends to dominate, it has fallen to the left to try to understand the roots of racism, violence, and domination in general.  To this end, it has engaged in acts of civil disobedience, and social movement politics for civil rights, women’s rights, gay rights, and the rights of cannabis practitioners.

There is an idea that stems from the 17th and 18th century Enlightenment that goes: if there is a spiritual or cosmic purpose for human beings, it is to gain enlightened self-awareness.  From this viewpoint, it is self-awareness, or at least the potential for self-awareness, that distinguishes humans from other creatures.  One of the earliest and most influential exponents of this outlook was the 18th century German philosopher, GWF Hegel, famous for his analysis of master-slave relationships.  Hegel noted that in the acts of growing, preparing and making things, slaves gain a level of self-awareness unavailable to masters who are merely use these things.  Moreover, it is the slaves who begin the process of social awareness, as it is they who feel the need to understand both the master and the relationship.

From this analysis later thinkers have gleaned two important points.  First, we gain self-awareness in two main ways: through creating things, and seeing ourselves reflected in our creations; and through relationships—by seeing ourselves reflected in the eyes of others.  Second, when it comes to social relations, there is no neutral standpoint.  No party is neutral, no matter how much violence, political authority and scientific language it is able to muster.  Every kind of activity, and every social position garners its own standpoint, and its own kind of understanding.  Dominant groups rule in the sense they have acquired a monopoly on the legal means to violence, but not in the sense that they understand the world in any superior manner.  At some level, we all understand this dynamic.  A meme common in popular comedies is the family servant, who always turns out to be the only one who knows what’s going on. 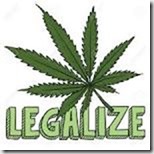 North American feminists of the 1970s, sometimes called ‘second wave feminists,’ made good use of these ideas by developing something they called ‘standpoint theory.’  The standpoint in this theory comes not simply from being a woman.  Rather, it is something gained through shared political action.  The women who lobbied for natural childbirth, who trained as midwives, who rejected the male-dominated notion of birth as a surgical event, and who ultimately changed the rules, created a standpoint for themselves.  Like Hegel’s slave, they were motivated to try their best to get inside the heads of the male doctors.  They analyzed their own needs, and came to see better what they shared with other women.  In doing so they expanded the self-awareness project by developing a woman’s standpoint on women’s health.  Due to their hard work, we have all come to understand women better.  Have they achieved equality?  No, not yet.  But they have a pretty good handle on the process.

One can multiply these examples.  It has surely been the task of First Nations in North America to analyze their relationships with dominant whites, and to lobby for change.  And it has been the task of cannabis activists to try to figure out who’s been beating up on them and why.  To that end, they have written histories, built on line libraries, engaged in peaceful civil disobedience, built long lasting organizations, studied and written on cannabis science, and created both medicines and a medical literature.  They have analyzed their nations’ constitutions and legal systems, they have analyzed the concept of prohibition, and they have changed some laws.  They have developed a cannabis standpoint.

But they remain saddled with the problem that plagues every subjugated group.  Their dominators feel no need to get to know them, no need to study what they have written, and little need to alter their own viewpoint.  And as long as federal governments hold their positions of dominance, they may never feel such a need.  Consider their power.  They command armies, and federal police forces.  They make laws.  They preside over immense bureaucracies.  They control what gets taught in elementary schools, and high schools, and ultimately, medical schools.  Do the schools teach cannabis science?  Nope.  They create hideous or laughable stereotypes, and feed them to the media.  Thus they control the language through which citizens learn about cannabis.  They get to call growers ‘criminals,’ medical dispensaries ‘pot shops,’ patients ‘people who just want to get high,’ and cannabis just about anything but cannabis.  They have money for ad campaigns.

It is no wonder then, that commissioned federal studies such as the Le Dain commission report, or the 2002 Senate commission report, and equivalent American studies on cannabis have little effect.  Governments, like proverbial masters, do not believe that it is worth their while to study the activities of people whom they view as inferiors.  Don’t count on the federal government in your immediate future to read cannabis literature, even if it takes the form of a newly commissioned federal study.  We’ve all witnessed the recent political debates on both sides of the 49th parallel.  Patients are being denied life-saving medicines, barriers to cannabis research continue to cripple our capacity to produce better medicines, and people are languishing in prisons.  Are the candidates for leadership discussing these issues? Nope. The horses they’re riding are far too high for that kind of activity, and the bureaucracies they command far too sluggish and stupid.

A WORD ON BUREAUCRACY

Bureaucracy is not a modern phenomenon.  It is an instrument of empire.  The Egyptians, the Chinese and the Romans of the ancient world had bureaucracies, made possible by communications technology, new to the day: a writing system which could carry the language of the dominant group—alphabets worked best—and light, portable writing surfaces: papyrus, parchment, silk, or paper.  Scribes were trained as bureaucrats.  Edicts were carried on horseback to far-flung areas, and fastened to stakes or buildings—more bureaucrats.  Local subjects were appointed to figure the edicts out—still more bureaucrats.

Today we cannot so much as own a vehicle or a dog without the requisite forms.  Bureaucracies dominate the military, the prisons, the schools and hospitals, large corporations, governments, of course, and even arts organizations.  The communications technologies are new, but the fact of domination remains.  Modern bureaucracies are supposed to be calm, neutral creatures that try only to systematize and rationalize processes, and to treat us all equally.  But the fact is that we are not equal.  Some of us are members of the one percent, and others are homeless.  Some are white and some are what we call visible minorities.  Some of us make do with pharmaceuticals, and some need cannabis.  And as we know from standpoint theory, there is no such position as neutral.  Pretend neutral regulations for a pretend equal society give us the special, cosmic absurdity we’ve all come to associate with bureaucracy.  That’s why the popular films and books that portray them are horror-comedies.

Still, as we begin to establish some level of legality for medical cannabis, and in places, elective cannabis, there will be bureaucracy.  There will be building inspectors, electrical inspectors, fire chiefs, food inspectors, and tax collectors, all of whose combined weight will threaten to crush the creative spirit in everything it touches.  How will we manage?  What about enlightenment as self-awareness?  Is the project going to die?  For the cannabis movement, that really would be a horror-comedy.

So, here are a few thoughts on a better future.  We need continually to return to the subject of equality.  If we allow cannabis to be sucked into a marketplace that makes it affordable only by some, we will have succeeded in creating a new underclass, and a new set of master/slave relations.  The fact is, people who can meet as equals are inclined to try to understand one another.  Those who can’t meet that way are inclined to remain stupid.  So we need the right to grow our own plants, and a price system that respects all customers.  If we can manage that, our bureaucracies, although tedious, will avoid being cruel and horrific.  Next we should keep in mind the need for creativity.  Let’s not be too keen to hand the job of growing, baking and medicine making to others.  You don’t gain self-understanding through consumerism.  Finally, let’s not drive ourselves mad trying to impress federal authorities.  Our best allies, those more inclined to learn who we are, are those closer to us: city councilors, state governors, local doctors, scientists, new patients, a few more each day, week, month and year.  As to the feds, the day they make self-awareness their key project will be a day more miraculous than any that brings cannabis legalization.

Tough Messages on Cannabis from Central Canada: What Next?

Judith Stamps There are hostile vibes, these days, emanating from Ontario’s elite, at least on the subject of cannabis. The country is on the slow boat to legalization; nine months into the government’s first term, and we have a task force. We also have an online survey, asking for our feedback. But its tone is […]

With most recreational producers and retailers in the cannabis sector struggling to make a profit, there is very little incentive to save the medical cannabis program amongst them.  It is hard to blame the recreational cannabs industry for wanting the business, given how various levels of government are making it very difficult to turn a […]