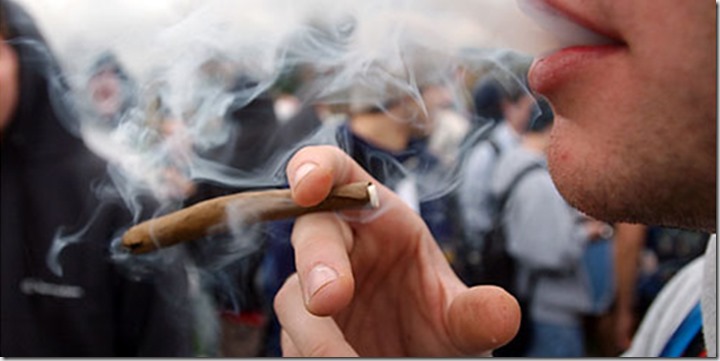 I received a number of responses to my Ten Reasons Canadian Physicians Will Come to Love Cannabis blog post.  One reader asked me to justify certain claims I had made. To do so properly is a rather large project, so I have decided to to break my response down into a number of posts. This first one will be on the topic of cannabis dependence.

My examination is limited here to the medical uses of cannabis, not recreational.  It will consider both inhaled and ingested delivery methods, and will not include any synthetics such as Nabilone.  I think this is fair because in the world of recreational cannabis use there are a number of variables (childhood/family life environments, social and economic circles, peer influences, resilience in character-building, etc.) playing out simultaneously that do not exist independently of each other, and which could affect the possibility of dependency on any given substance.  Within the context of medical cannabis the concern then should be centered on the physician’s and patient’s confidence and knowledge about the potential dependency on cannabis.

With that in mind the topics I will address are: What is cannabis dependence? What evidence is there to support the definition? And, how harmful is it especially in relation to other medicines?

Defining cannabis dependence (aka cannabis use disorder) is somewhat of a moving target. Many people look to the “gold standard” of  all disorders the DSM-5 (Diagnostic and Statistical Manual of Mental Disorders) which calls it Cannabis Use Disorder. The problem with the DSM’s definition is that it mostly looks at recreational use of cannabis, not medical. Specifically for using cannabis as a medicine it says:

“Whether or not cannabis is being used for legitimate medical reasons may also affect diagnosis. When a substance is taken as indicated for a medical condition, symptoms of tolerance and withdrawal will naturally occur and should not be used as the primary criteria for determining a diagnosis of a substance use disorder. Although medical uses of cannabis remain controversial and equivocal, use for medical circumstances should be considered when a diagnosis is being made”. (DSM-5 pg. 511)

IOW – if you are taking cannabis for medical purposes, the DMS-5 does not use tolerance or withdrawal as indicators of a disorder.  In fact, almost all doctors agree that regardless what medication you are taking, if you have tolerance issues or suffer withdrawal symptoms when you stop, that doesn’t count as an addiction. Rather, it is something they call “physical dependence”.

However, this still leaves quite a few criteria such as cravings to use cannabis,  spending too much time trying to get it, missing family or business obligations because of it, etc. All of these tend to fall into the general category of abuse (which is to say using something improperly).

We are faced, then, with two questions;

2) How likely is it that a patient will abuse cannabis? Surely there must be some evidence of cannabis dependence and abuse when it is being used as a medicine.

There should be… but as it turns out, there’s really not very much to go on. 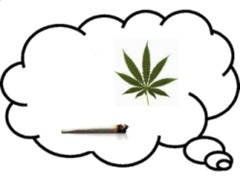 There is a reason why there is not enough evidence about the consequences of using medical cannabis. We can place the blame in large part on the government of the USA, and in particular on the National Institute of Drug Abuse (NIDA), established in 1974, which, for the last forty-one years, would only allow cannabis research that showed negative effects (i.e. that it is bad for you).  Since NIDA has never acknowledged that cannabis is a medicine, a majority of their studies have been on recreational use, and that doesn’t help us out too much.

How poor is the evidence? Let me give you an example:

While there may not be much evidence for medical use, there should be a great deal for recreational use, and at first glance this appears to be the case. The British Journal of Psychiatry published a paper titled: “The Psychiatric effects of cannabis”

“The cannabis-withdrawal syndrome has now been unequivocally demonstrated and includes restlessness, anxiety, dysphoria, irritability, insomnia, anorexia, muscle tremor, increased reflexes and autonomic effects including changes in heart rate, blood pressure, sweating and diarrhoea. The syndrome may appear in about 10 hours, and peaks at about 48 hours” (Mendelson et al, 1984).

Sounds scary until you actually go to the cited reference and discover that it was a case study of one person. Seriously. And that’s what they call “unequivocal” proof.

They also cited another study (this one with 12 participants) with this odd smoking schedule that did seem to demonstrate some withdrawal like indicators such as anxiety and irritability.  Of course, the question becomes, what else was in the joint?  What was in the placebo?  Was there any tobacco?  If so, could the withdrawal symptons be stemming from the tobacco? 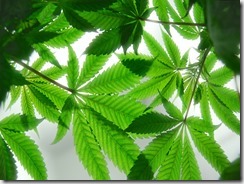 OTOH – One of the very few studies that actually looks at the use of cannabis in a medical setting was a paper from 2011 looking at Sativex, which is bascially a THC/CBD 1:1 extract from the cannabis plant. Here was the conclusion:

“In clinical trials, intoxication scores have been low and euphoria reported by only 2.2% of patients. Tolerance has not occurred, abrupt withdrawal has not resulted in a formal withdrawal syndrome, and no cases of abuse or diversion have been reported to date..”

This means that 2% of the people got high, there were no tolerance problems, no withdrawal syndromes, no abuse, and no diversion. Not surprisingly perhaps, this study was funded by GW Pharma, makers of Sativex

There is an interesting implication to the Sativex study, and that is perhaps the withdrawal symptoms people are feeling originate from substances in smoked cannabis that are not there when ingested. One example is carcinogens. This then obviously leads to the question of dependency and withdrawal questions when ingesting or vaporizing cannabis. There are no real studies in this area at all.  Also, common sense would suggest that given the daily consumption of cannabis edibles across North America, whether legal, illegal, recreational or medical, that if there were any serious withdrawal or dependence situations we would have heard about it by now.  The sample group from which we could gather data is staggeringly large. 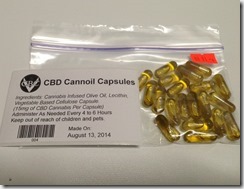 Oral THC can suppress the withdrawal symptons of smoked cannabis. Who would have guessed?, and as it turns out, at remarkably low dosages. Whatever you do, don’t try those nicotine patches. The won’t quite work out. Take a look at this study where they tried.

It appears that the evidence about developing a cannabis dependence is inconclusive at best.  Let’s err on the side of caution, and say that it is possible to develop a physical dependency on cannabis, though virtually every source agrees that this withdrawal is much milder than almost any other type.  Consider the studies shown here that compare cannabis to other legal/illegal street drugs, and to prescription drugs.  In sum, if you do happen to develop a dependence it should be simple to stop.

But how harmful is it to keep going?

How Harmful is Cannabis?

In 1972 NORML (National Organization for the Reform of Marijuana Law)(norml.org) started an administrative petition asking that marijuana be rescheduled so it could be prescribed as a medicine. After 16 years of legal battles and appeals, the Drug Enforcement Administration’s Chief Administrative Law Judge Francis Young found:

“In strict medical terms marijuana is far safer than many foods we commonly consume. For example, eating 10 raw potatoes can result in a toxic response. By comparison, it is physically impossible to eat enough marijuana to induce death. Marijuana in its natural form is one of the safest therapeutically active substances known to man. By any measure of rational analysis marijuana can be safely used within the supervised routine of medical care.”

I would like to point out that, while this is not strictly a medical quote, it did some from a Judge working for the DEA, doing his best to find reasons to keep cannabis illegal. If he couldn’t find a problem with it, why should we assume that anyone else would?

Drugs in medicine are routinely given what is called an LD-50 (LD50) The LD-50 rating indicates at what dosage fifty percent of test animals receiving a drug will die as a result of drug induced toxicity. A number of researchers have attempted to determine cannabis’s LD-50 rating in test animal, without success. Simply stated, researchers have been unable to give animals enough cannabis to induce death.

Another common medical way to determine drug safety is by therapeutic ratio. This ratio defines the difference between a therapeutically effective dose and a dose capable of inducing adverse effects.  Aspirin has a high therapeutic ratio of around 1:20.  Two aspirins are the recommended dose for adult patients. Twenty times this dose, forty aspirins, may cause a lethal reaction in some patients, and will almost certainly cause gross injury to the digestive system, including extensive internal bleeding.  The therapeutic ratio for prescribed drugs is commonly around 1:10 or lower.  Many of the drugs used to treat patients with cancer, glaucoma and multiple sclerosis are highly toxic.  Some of the drugs used in anti-neoplastic therapies, for example, are regarded as extremely toxic, with therapeutic ratios that can fall below 1:1.5.  These drugs also have very low LD-50 ratios and can produce toxic, even lethal reactions when properly employed. By contrast, marijuana’s therapeutic ratio, like its LD-50, is impossible to quantify because it is so high.

Doesn’t sound very harmful to me.

Well, what about long term harm?

While some (contested) studies suggest that cannabis may have some negative consequences for those who start at an age under 18 and continue to use it heavily for a long time, there appears to be very few well documented cases about any damage caused to adults. Some studies have shown that there can be some pulmonary issues (such as coughing or excess phlegm) from smoking for many years, though not lung cancer. Note that these pulmonary conditions can be completely avoided via vaporization or ingestion.

In fact, based on a 2003 meta-analysis, Dr. Igor Grant concluded that the long-term heavy use of pot was not associated with the “substantial, systematic, and detrimental effect of cannabis use on neuropsychological performance”, and that  “There is no evidence for long-term damaging effects in adults.”

I might also mention that most pharmaceutical drug tests are around 12 weeks long, and on that basis, the drugs in question are approved.  Long term studies are rarely done.  So, why not apply the same criteria to cannabis use?

For short or long term damage, when compared to just about everything (including potatoes) it appears that cannabis does marginal harm at best, and this can be almost entirely avoided by choosing to vaporize rather than smoke.

What we have learned so far:

– While a physical dependency is perhaps possible, any withdrawal problems will be minimal

– Short and long term damage is minimal so long as you don’t start too young.

I will conclude with this statement from the prestigious New England Journal of Medicine:

“Marijuana should be available to all patients who need it to help them undergo treatment for life threatening illnesses. As long as therapy is safe and has not been proven ineffective, seriously ill patients (and their physicians) should have access to whatever they need to fight for their lives.”