Deprecated: The $control_id argument is deprecated since version 3.5.0! in /home/oq5ayjaeetjt/public_html/wp-content/plugins/elementor/modules/dev-tools/deprecation.php on line 304
 Election Canada: Green Party and The NDP - Cannabis Digest
Skip to content

Political Movements in Canada, and Why It Is So Difficult to Judge the Leaders

To borrow a phrase from Harper, let’s be clear.  From Confederation onward, ruling parties in Canada have dealt inadequately with First Nations, racism, and child poverty.  Since the 1980s they have, in addition, dealt inadequately with affordable housing and the ongoing war on drugs, Liberal promises notwithstanding.  The NDP and Green Party have currently declared their commitment to address these issues.  But they are untried; we have yet to experience a federal NDP government, much less a Green one.  The NDP, The Greens and the new, younger Liberal Party promise, in addition, progress on ending the war on cannabis, plus electoral reform in the form of proportional representation.  We want to believe them, but we have never seen them in action.

Second, although elections invite us to map our likes and dislikes onto registered political parties, the parties are not stable creatures.  They are inclined to borrow each other’s platforms, sometimes entirely trading places.  Trudeau the mildly left of centre Liberal, for example, wants to run a deficit, whilst Mulcair the left leaning social democrat wants to balance the budget.  How can we fit these ideas into the usual party positions?  We can’t.  For this election campaign Trudeau is being reasonable, and Mulcair is trying to lure Harper supporters.  To add to this confusion, individual MPs have been known to cross the floor of the House of Commons and join the opposition.  Similarly, it has not been unusual for politicians to switch party affiliation.  When Mulcair entered federal politics, he first considered working with the Conservatives.  Further, the entire political spectrum can shift over time from left to right and back; pre 1970s, Canadian politics had a decidedly collectivist tone; post 1970s, as elsewhere, it exhibited less inclination to support social programs.

The categories are rendered more fluid still when the parties in question begin life as grass roots political movements.  The National Democratic Party has its origin in the Co-operative Commonwealth Federation (CCF), a prairie based fusion of labour groups and social progressives whose principles were first set out in the Regina Manifesto of 1933.  The CCF took a strongly progressive stance: members believed that positive moves toward social justice would follow from well-designed national policies.  It aimed in this way to counter the harms imposed by capitalism.  In 1958, in the light of severe membership decline, the CCF elected to re-create itself.  In 1961 it styled itself the NDP, choosing Tommy Douglas as its first leader.  That strain of NDP supported nationalizing banks and major resource industries, the better to ensure that they benefited working Canadians.  Thomas Mulcair joined the party in 1974.

Mulcair is a bred in the bone Quebecker.  His mother was French Canadian, he studied and practiced law in Quebec, and he served in 1983 as Director of Legal Affairs at Alliance Quebec, a group that aimed at modifying Quebec language laws to make them fairer to English speakers.   From 1994 to 2006 he was an elected member of the Quebec National Assembly (Quebec’s Legislative Assembly) serving as a Quebec Liberal.  Mulcair emerged at this point as an avid environmentalist.  He introduced bills both to amend the Quebec Charter of Human Rights and Freedoms to include the right to live in a healthy environment, and to adopt a policy of sustainable development based on a successful European model.  Quebec adopted both policies.  It would be reasonable to expect Mulcair to continue in this pro-environmental vein, should his party form the next federal government.  In 2007, he joined the federal NDP as Jack Layton’s Quebec lieutenant; between them, they achieved a level of NDP support in Quebec never seen before.  In 2012, a year after Layton’s untimely death, Mulcair stepped up as party leader. 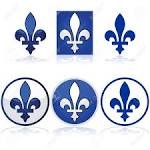 If I dwell on Mulcair’s French Canadian roots, it is to emphasize that Quebec is his key support base, something he needs to maintain if his party is to succeed.   His recent promise to provide $15 a day childcare across Canada, for example, is a plum offered to Quebec, and little else.  This program requires 40% of funding to come from provincial coffers, a poorly advertised fact.  Quebec already funds a universal day care program; Mulcair’s program would thus shoulder 60% of Quebec’s current childcare burden.  As to the rest of us, at no time did the would-be prime minister consult with provincial premiers to see if they were interested in, or could even afford such a program.  In simpler words, the childcare plan is a fake.  Ditto for Mulcair’s promise to raise the minimum wage for Canadians.  Spelled out in its entirety, it offers a raise to federal employees only—less than 100,000 Canadian workers.  He has also promised to decriminalize cannabis “the minute” his party wins.  What would his version of decriminalization look like?  He doesn’t know, or else he isn’t saying.  It is extremely difficult to guess what social policies this NDP would support.

The environmental movement has its roots in 19th century romanticism, a movement that fostered love of nature.  Its 20th century version can be traced to Rachel Carson’s book, Silent Spring, published in 1962, in which the author tracked the use of the insecticide, DDT, common throughout the 1950s; and to Greenpeace, created in the 70s.  In 1980, Elizabeth May, the GPC’s present leader, was a founding member of the Conserver Society, based in Atlantic Canada.  May’s family home is Cape Breton.   ‘Conserver’ is meant to contrast with ‘consumer.’  Conservers aim to move beyond wasteful consumerism and towards managed, sustainable development.   In 1983, she helped to found the Green Party of Canada.  I will say at the outset that however much one supports this party’s outlook, it is not always equipped to deal with regional needs.  The GPC’s first leader, Joan Russow, for example, alienated Atlantic Canadians, and ultimately many Greens, with a blanket rejection of the seal hunt.  Much discouraged, she left the party.

THE GENERAL RULE, IF THERE IS SUCH A THING.

There is a larger lesson to be absorbed here.  It is a mathematical certainty that every philosophy will find itself sooner or later facing a conundrum that cannot be resolved from within its own belief system.  Harper’s philosophy couldn’t cope with Mandy McKnight, the Canadian activist mom whose child needed cannabis oil to treat his epileptic seizures.  Similarly, Trudeau’s scientific, evidence-based, and honest approach is not helping him to cope with the political games Harper and Mulcair are playing.

Green party philosophy centres on the idea of fairness and social justice for all persons.   But it does so in a way that extends honorary personhood to all life forms; in practice, the party supports diversity and other building blocks for environmental health.  Green policies are based on a belief in kinship among all living creatures.  At times, this view brings May back to the aforementioned General Rule problem.  On a personal level, she has said that she cannot support what she calls a woman’s right to “frivolous abortion.”  Well, of course she can’t; she can hardly grant personhood to a plant or animal, and not to a fetus.  But what does ‘frivolous’ mean?  And who would get to decide what it means?  On this score, Trudeau’s rational, somewhat less nature-loving approach fares better.  We cannot live well without access to legal abortion.  There is contradiction there, but anyone who thinks that contradiction can be extinguished has probably been drinking too much Vancouver Island wine.

That being said, May is an exemplary parliamentarian, the author of 8 books, and recipient of 16 honorary awards.  In 2010, Newsweek named her one of the world’s most influential women.  She’s been a breath of fresh air since the day she was elected, and with her sustained focus on justice, she has brightened every political debate.  All told, we want to see more Greens elected in the future.

Meanwhile the spirit of meanness runs rampant; it will likely continue to do so throughout this campaign.  Harper runs a fractured show.  He’s done his demographic research; he knows who his supporters are.  And, as a clear departure from party politics as Canadians have known it, he chooses to speak only to them.  Pre-Harper, political leaders felt the need to reach out to all Canadians.  It is to be hoped, therefore, that by withholding one too many olive branches, he eventually trips on his own strategy.  If all else fails and we get Harper again, expect in the future to see a Liberal/NDP/Green coalition—like the kind we should have had for this election…in my view, of course.

Ted Smith Well it has been a very busy spring for cannabis activists across Canada. Starting with April 20 celebrations, which were highlighted when Canada’s Minister of Health informed the United Nations that our country was going to introduce laws legalizing cannabis in one year’s time, this spring has been full of excitement. There is […]