Deprecated: The $control_id argument is deprecated since version 3.5.0! in /home/oq5ayjaeetjt/public_html/wp-content/plugins/elementor/modules/dev-tools/deprecation.php on line 304
 15 Years Since Brief Existence of “Ted’s Books” - Cannabis Digest
Skip to content

This month marks 15 years since the Victoria Cannabis Buyers Club secured a storefront to provide cannabis products to patients.  Since we were operating a clearly illegal enterprise, the landlord was nervous about having a store that sold cannabis openly and requested we create another business to act as a front for the club.  With a bunch of books around from a youth center I used to volunteer with, we made the hasty decision to create “Ted’s Books”, a business that remained open less than a year but will never be forgotten by those who saw it in action.

For almost 5 years the VCBC had been working out of a downtown apartment on Johnson St across from Revenue Canada, after starting in a van for a few months in 1996.  Things were going smooth until Fri March 16, 2001 when police busted a friend in another apartment for selling cannabis.  It seems the constant stream of people and big puffs of smoke pouring out the windows had attracted a lot of attention.

Concerned members walked through the throng of police to come upstairs to the club to find we were being left alone.

When I went to throw out some garbage the lead officer took me aside.  He explained to me that police had also tried to obtain a warrant to arrest me but the justice of the peace determined I deserved protection for running a medical club and would not help the police arrest me.  It was time to get a store, though, as the police had been watching us from a full-time office at Revenue Canada for a year and they wanted to shut the investigation down.  He figured if I had court protection then I should have a store like the other compassion club in town.

The next day we keep the club open but did not sell anything until we did deliveries that night.  On Sunday, which was the one day a week the club did not operate back then, I escaped from town to Cobble Hill, which has been a refuge for over 20 years, and on Monday we did deliveries again.  Everyone was nervously excited about getting a store.

On that Saturday I went through the local newspaper and looked at the available store to rent.  For years I had walked past an empty storefront in an old building just a few blocks up from the apartment.  When I met the manager and explained the situation, everything just seemed to fall into place. 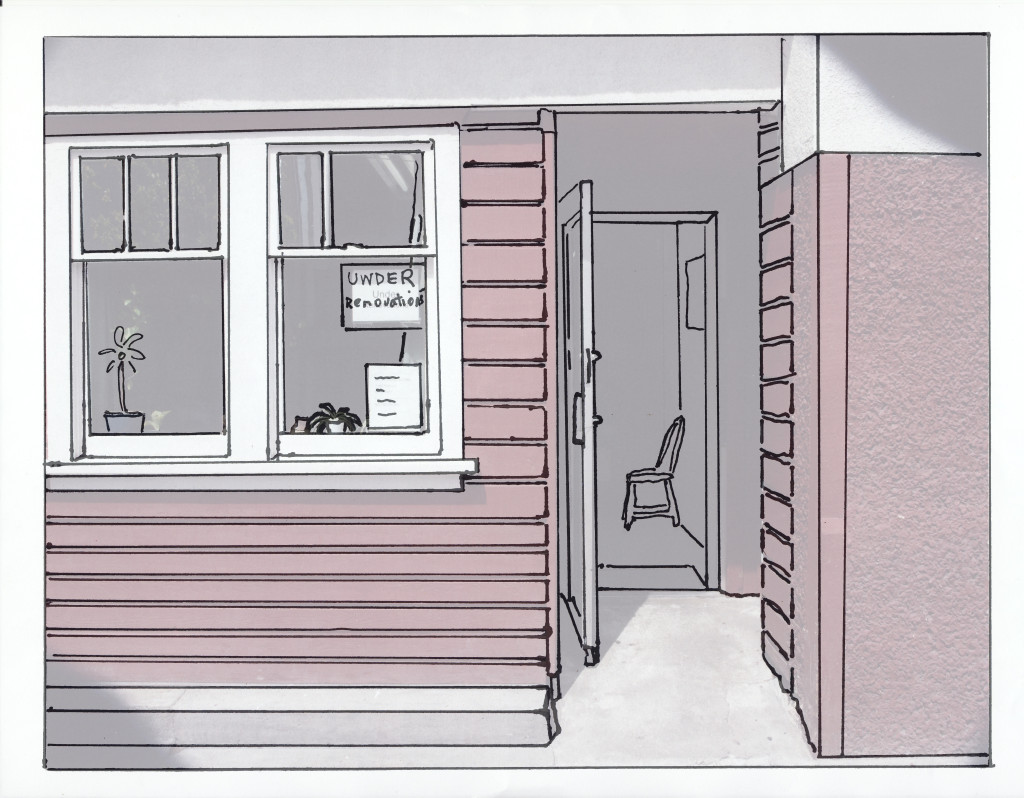 In the morning of Tuesday March 20, 2001, I spent almost all of the money the club had saved and signed the lease.  We started sales from a small office room with two folding chairs, a folding coffee tray, a candle and a set of scales, with the bags of cannabis on the floor under the table.  The next day we had power, which was nice because it was a welfare day and we were quite busy.  Though I only had a single employee for the first 10 days of operating, help started pouring in from all directions.

One of the memories that sticks out for me is the look on my lawyers face when I told him I got a store.  Just months before I had been arrested at the University of Victoria and charged with trafficking for passing out a few joints at a 420 meeting and was also charged with possession for the purpose of trafficking THC when downtown trying to give out 420 cookies to celebrate International Medical Marijuana Day.  He tried to help me understand what I could do to minimize the risks we were taking but was very worried I was headed for trouble..

At the same time as the infrastructure of the VCBC was set in place, we started to create a bookstore to fill the main space and front room.  While it was not packed, by the end of the month we had the room full of shelves, with wonderful works of art filling the large empty walls.  Over time we were able to feature several amazing local artists.  April 1, 2001 we opened Ted’s Books to the public, in what was likely the best April Fools Day joke of my life.

It was very awkward selling books to the public while we were selling cannabis to patients in the back room.  Many customers would come in shopping for books, as Victoria had a thriving used book scene at the time.  Bookstore owners would come in and check us out, while others took advantage of the fact that we had a lot of valuable books for sale and did not realize their true value.

Things got even more interesting when we turned a small closet into a smoking room, allowing members to puff quietly while unknowing bookstore customers shopped just feet away.  Until that time we had been allowing members to go back to the old apartment if they needed a place to puff, as I still rented it to live in and we made cookies there.  In order to help deal with the ensuing chaos, I hired almost 2 dozen members to work part-time as Public Relation Officers and the place was buzzing every day.

Life got even more interesting when a cut-off member brought a police officer to the club to shut us down in early Jan 2002.  While the interaction lead to a brief search and seizure, the club was only shut down for a few hours before getting back in operation.  Though the local police had come to know that Ted’s Books was the place patients got their medicine, it was assumed we were virtually immune from arrest until this situation developed and charges were eventually sent in the mail.

In March 2002, the police came with their first warrant, arresting me because one of our members was caught selling his cannabis to afford to buy some crack, or at least that is what police said he told them he was doing.  After spending the night in police cells, I was released the next day on $1,000 bail and very few conditions despite facing 6 different trafficking related offenses in 4 trials.  So many people showed up to see if I was going to be released from jail that they had to open a separate courtroom just for me.

As soon as I got out we prepared to reopen the club.  By 4pm that afternoon medicine was once again being provided to members.  A rally had been planned for 420 at city hall and on the way there I was intercepted by the officer who arrested me.  He informed me that as long as the name “Ted’s Books” appeared on the front window of the store, I would be charged along with others if another police raid happened.

As soon as that conversation was over I called the club to tell them to take down the Ted’s Books sign and replace it with one that says “Under Renovation.”  After 14 years, that is still the sign on the front window.  When people ask what is under renovations, we reply the law is and when we have fixed it we will open up for business, a day that seems fast approaching.

Within months the club was raided again, with one final raid in Feb 2003.  The name “Ted’s Books” stuck with the police for years, who had a difficult time admitting an organization bluntly called the Victoria Cannabis Buyers Club existed.  Unfortunately the name also stuck with certain cannabis activists, who tried to use it as an example of how our club was not a serious medical center.  We were able to reopen the day after every raid and the club has provided medicine to patients every single day since April 1, 2001.

In fact the date, March 20, is coincidentally also the day last year when Owen Smith appeared with firecracker lawyer Kirk Tousaw before the Supreme Court of Canada in a case that changed Canadian law.  In total our organization has beaten all 15 trafficking charges laid against me and the staff in the 5 police raids on the club’s facilities.  Seems March 20 is a good day for cannabis activism.

While there are no plans to revive Ted Book’s, the short life of my bookstore will remain forever etched in the memories of those who experienced it.  We are lucky to have captured some of the early days on the store in a video I had made in the summer of 2001 to show my family back in Ontario some of my work.  This series of 3 videos titled, “What’s Up Ted?” show footage inside the old apartment building, Ted’s Books, the VCBC and some Hempology 101 meetings downtown.

Looking back 15 years to the move into a store after 5 years of dreaming and planning, the initial excitement still resonates inside me.  Just 31 years old at the time, I was blessed with the confidence in myself that allowed me to establish one of the most successful medical cannabis organizations in the world.  While Ted’s Books never did much in sales, the legacy it has left behind will always be a part of Victoria cannabis folklore.

By Al Graham photo of Al Graham (www.pace-online.ca – the People Advocating Cannabis Education Radio Show) Time4Hemp OK people it’s time to pack a bowl with your favourite herb. Now light it up as we’re going to learn more about ‘Time 4 Hemp’. Time 4 Hemp is a 24/7 pro-cannabis broadcast network that features the […]

Agricultural economics are described as the “production, distribution and consumption of [agricultural goods and services” [1], We find ourselves today at an interesting junction in the Cannabis industry both here in Canada and abroad. The march of progress ticks along with states legalizing, medical marijuana being featured nightly in mainstream media, and the creation […]