Legal cannabis will walk onstage in the midst of a crazy scene. But then, maybe all historical periods are crazy scenes. Here are some features of ours.

In the 1880’s industrial nations moved from plant-based to chemically based medicines. The transition was hailed as progress, and had, among other effects, a profound influence on medical economics. It gave newly formed pharmaceutical companies an exclusive market, a place they occupy to this day. At the same time, it created a virtual priesthood of MDs and their pharmaceutical associates. It has been a somber priesthood. Each year prescription medicines kill 100,000 Americans, and 10,000 Canadians.

Addiction is a national hobby. The US comprises 5% of the world’s population, but consumes 75% of all pharmaceuticals. Almost half of all Canadian aged 6 to 90 take meds. The most egregious of these are painkillers and anti-depressants. We’re addicted, in addition, to soda pop, chips, crackers and jelly doughnuts. A third to a half of our population, including an increasing number of children, is overweight or obese. Many are also addicted to credit cards, shopping, gambling, video games, the Internet, texting, alcohol, tobacco, and caffeine. And that’s just the legal stuff. Once in a while a newspaper or magazine article, or a TV documentary offers a rant on the subject. The rants are intermittent, and ineffective. By the power of some perverse algorithm, they rather seem make matters worse. 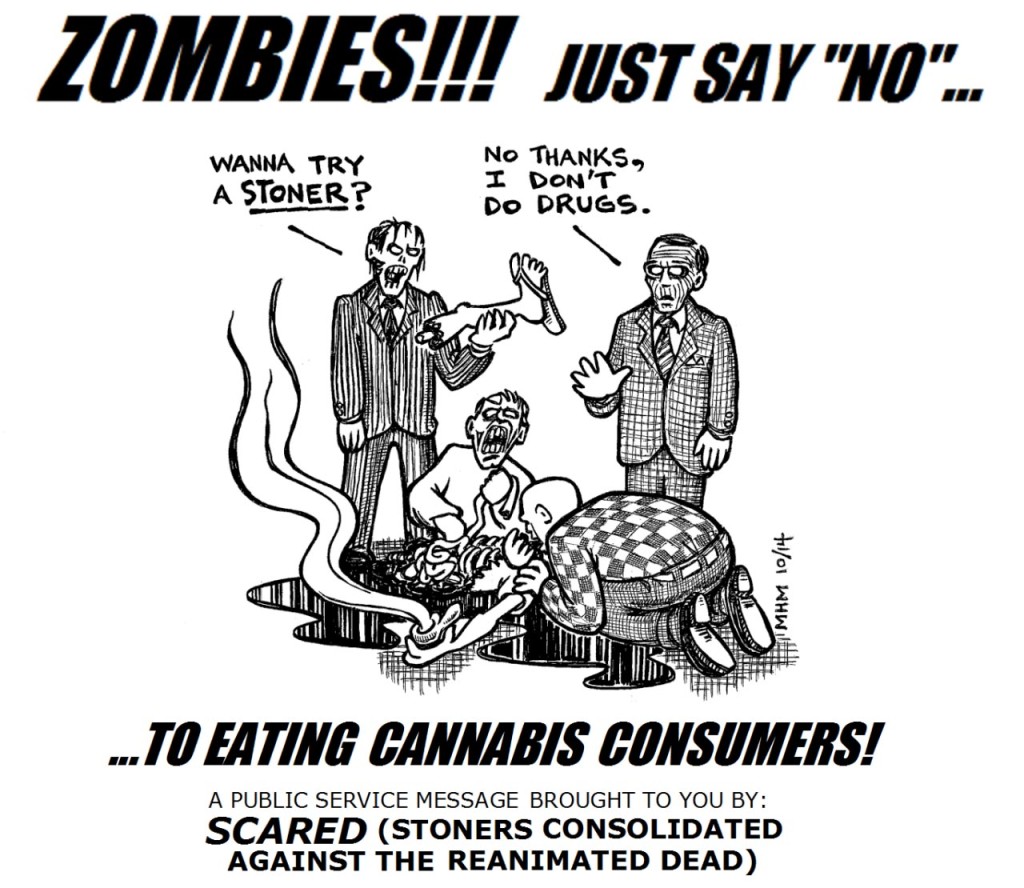 There are other crazy elements. Business drives over-consumption, but likes to pretend it doesn’t. The tobacco industry spent decades denying that its product was addictive, and that its ad campaigns were targeting youth. This behaviour had a decisive influence on the founders of the anti-legalization group, Smart Approaches to Marijuana, or SAM. Its members are convinced that legal cannabis will become the next Big Tobacco. Like tobacco, cannabis is smoked. To the unschooled they seem alike. And SAM sounds unschooled. If there had never been a Joe Camel there may never have been a SAM.

Meanwhile, governments that wish to legalize have little sense of how to study the problem. We have a federal task force to legalize cannabis in Canada, but its director is an ex-prohibitionist who wants no input from the activist community. Similarly, while there is an intention to legalize, but the rationale is wholly negative. The plan is to protect kids, and scare off criminals, not to provide something good. Not that this fact has scared off big business. The liquor stores want the recreational sales, and the drug stores want the medical market. Do they know anything about the subject? No, but they can protect kids and scare away criminals. 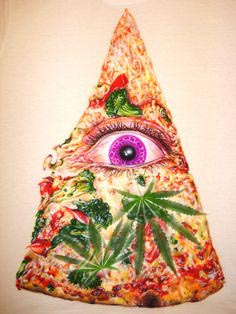 Then, of course, we have the demons of the day, the imaginary ones. A popular Vancouver demon is the cannabis-infused Edible. The Edible is a magnet for youngsters, and the brainchild of another demon: the Predator—the one who designs the Edible. Accompanying these is the Dispensary Cluster. It’s a demon too, apparently. Why exactly I’ve yet to make out. Demons need debunking.

In the midst of this scene activists are designing instruments to shape their future. These include dispensaries, bakeries, laboratories, vape lounges, networking events, and pop up events. They include, as well, acquiring licenses and insurance policies, and winning favourable court decisions. Ontario Premier Kathleen Wynne has stated recently: dispensary owners are blurring the legal boundaries. Their activity is better understood as re-drawing boundaries to frame cannabis as something good, something expansive. Legacy activists have a deep understanding of the industry, and the cannabis plant. They need a sphere of liberty suitable to their intelligence, and capabilities, and not one suited to a negative agenda. Carving this sphere out is important work, and there is no one else to do it.

Meanwhile, although illegal and semi-legal start-ups are making mayors dizzy, they are doing contemporary and future cannabis consumers a favour. The variegated shape of the industry in Canada constitutes a barrier to its being engulfed by corporate culture, at least for now. There are individual, independent dispensary owners, some with a handful of storefronts, commercial growers with 100-400 plants, larger commercial growers, individual crafters of medicines and edibles, commercial kitchens that craft medicines and edibles, owners of smoke shops, and owners of lounges. Thus far, with the exception of a few MMPR producers, they show no inclination to amalgamate, or to approach large retail chains. In this grey legal climate, they are inclined to band together. The more established these small entrepreneurs and co-operatives become, and the greater their dedication and popularity, the better the chance that they will secure a meaningful place in the industry for everyone. Concentration of ownership drives down quality and drives out good people. Speculation compounds this problem. One wants to keep these beasts at bay for as long as possible. 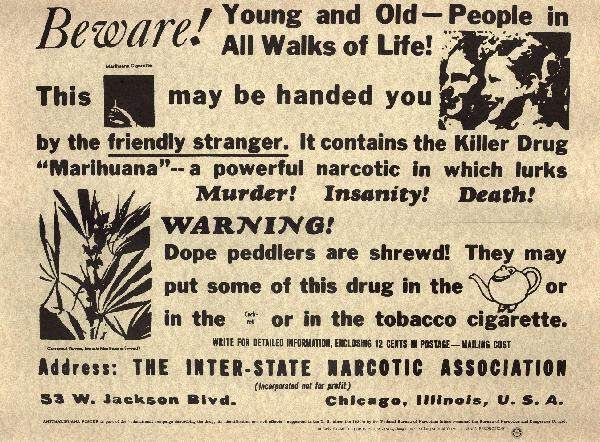 And more good things could happen.

There are other, still more cheerful matters to ponder. As the federal government’s plan is likely to be fear-based, or so it seems, it falls to the activist community to establish positive, forward-looking practices, especially for elective or recreational use. Here are some ideas.

1. Find times and places to convey the sterling qualities of cannabis as a recreational herb. Create literature—pamphlets and online material—on its merits. Mention, among other things, its ability to bring deep relaxation without sleepiness; to enhance the ability to recognize patterns in nature, language, music, math, and everything else; to enhance lateral thinking, leading to new associations. Mention also that it encourages openness to new, random thoughts or insights. This quality is crucial. In thought, as in all systems, randomness is the source of all things new. No randomness, no new ideas, no change, no development, and no progress. Cannabis, at its best, supports invention. It also supports introspection. For that reason, some people will not find it pleasant.

2. Promote intentional consumption. Organize groups or classes to toke or vape, and then visit a nature park, garden, beach, museum, science fair or art show. Or do structured dance or movement classes. Or run a discussion on the distinction between medicine and recreation.

Cultural attitudes change at a glacial pace. Legal cannabis will not bring wide-scale acceptance, but it will start the process. We will have arrived, I think, when people who have never encountered activists seek them out, and look forward to meeting them. And when a majority of citizens feel proud to live in a place whose outlook on cannabis is health centered and positive.

Owen Smith·February 5, 2015
There are no comments yet No comments