Deprecated: The $control_id argument is deprecated since version 3.5.0! in /home/oq5ayjaeetjt/public_html/wp-content/plugins/elementor/modules/dev-tools/deprecation.php on line 304
 The Great Trudeau Debate : For - Cannabis Digest
Skip to content 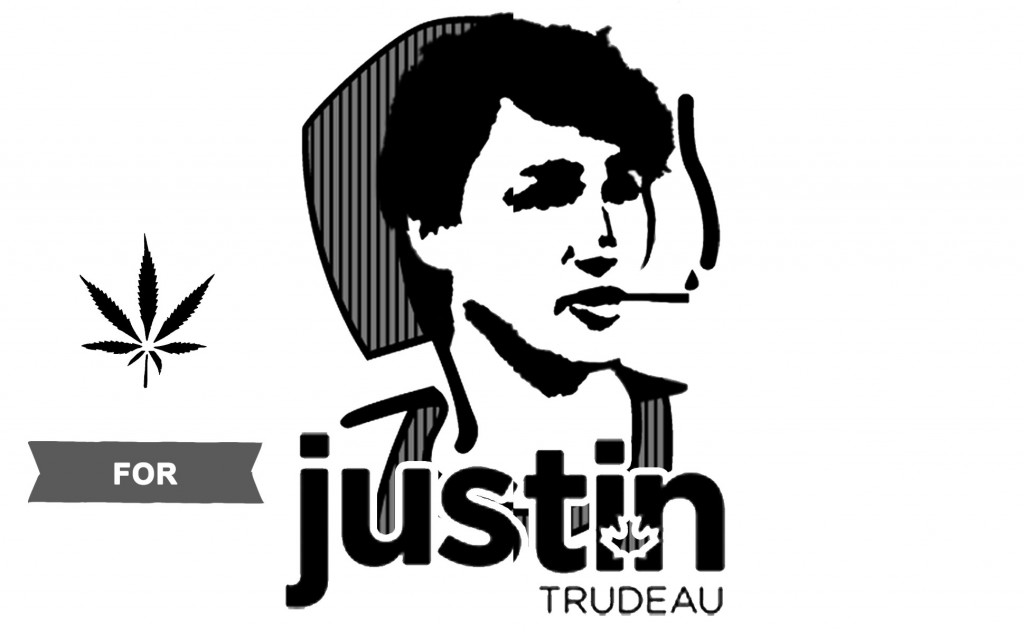 You can take it to the bank.
By Cam Birge

Justin Trudeau and the federal Liberal Party can be trusted to introduce legislation to legalize marijuana in Canada should they form a majority government following the federal election expected to be held in October of 2015.

History teaches us not to take a politician at his or her word. In 1972 the Le Dain Commission recommended ending cannabis prohibition in Canada, but Liberal Prime Minister Pierre Trudeau chose not to enact any of the recommended changes. In late 2002 Liberal Prime Minister Jean Chretien included plans to decriminalize marijuana as part of his legacy prior to retirement in 2004. Again, the government of the day ultimately chose not to push for change.

What is different this time? The United States.

Marijuana was placed in Schedule 1c as a hallucinogenic substance in the Controlled Substances Act of the United States in October of 1970 by the U.S. Congress. Enforcement was assigned to the Drug Enforcement Agency (DEA). In July of 1971 U.S. President Richard Nixon declared the “War on Drugs” and signed it into law in January of 1972. Any chance of the Le Dain Commission Report recommendations being adopted in Canada was dead on arrival despite being recognized as an excellent piece of work both in Canada and internationally.

In response to Chretien’s initiative in 2002, John Walters, the Bush administration’s drug czar at the time, publicly stated that Canada could face serious disruptions to cross-border trade if it decriminalized marijuana. Other US politicians warned of dire consequences to Canada and President Bush continued to push an aggressive zero tolerance drug policy, for both itself and its neighbours. Chretien and his government wisely decided to not introduce legislation in Parliament given the threats to the Canadian economy by the U.S.

However, in 2013 President Obama chose not to mount a Supreme Court challenge against the states of Colorado and Washington whose citizens had voted to legalize marijuana. He stated that it was “important” for the controversial legalization of marijuana by two American states to proceed, as it would end the unfair penalization of a minority of smokers. Mr. Obama said that using the drug, which remains illegal under U.S. federal law, was safer than drinking “in terms of its impact on the individual consumer”.

U.S. Attorney General Eric Holder now says that the Obama administration is ready to work with Congress to remove marijuana from the schedule 1 list of the Controlled Substances Act.  And just last week, Congress approved a bipartisan measure prohibiting the DEA from undermining state marijuana laws. This signaled the end of the war on drugs in the United States and gave a green light for Canada, and all other countries around the world, to regulate cannabis as it sees fit.

In short, the United States is now light years ahead of Canada in regards to legalizing marijuana which opens the door for any Canadian political party which proposes to legalize marijuana as part of its party platform to safely bring in legislation once in power.

Justin Trudeau, after being elected leader of the Liberal Party in 2012, chose the issue of legalization of marijuana as his first public party platform announcement following his election as leader of the federal Liberal Party. Trudeau stated that regulation (as with alcohol and tobacco), not prohibition, will protect our kids from the negative effects of marijuana on the developing brain. Drug dealers don’t ask for ID when they sell to kids. He added that we are funneling millions upon millions of dollars each year into organized crime and criminal gangs under our current marijuana policy in Canada. He also admitted to smoking marijuana after being elected as an MP. There have been evidence-based town hall meetings held by the Liberal Party around the country based on ending a Canadian marijuana prohibition policy that costs law enforcement $500 million a year and has left 475,000 people with criminal records since the Conservatives took office in 2006.

The political consequences of refusing to introduce legislation after making these statements would be too dire. Both Harper of the Conservatives and Mulcair of the NDP have stated unequivocally that they do not support legalization of marijuana. It is a club Trudeau has no interest in joining.