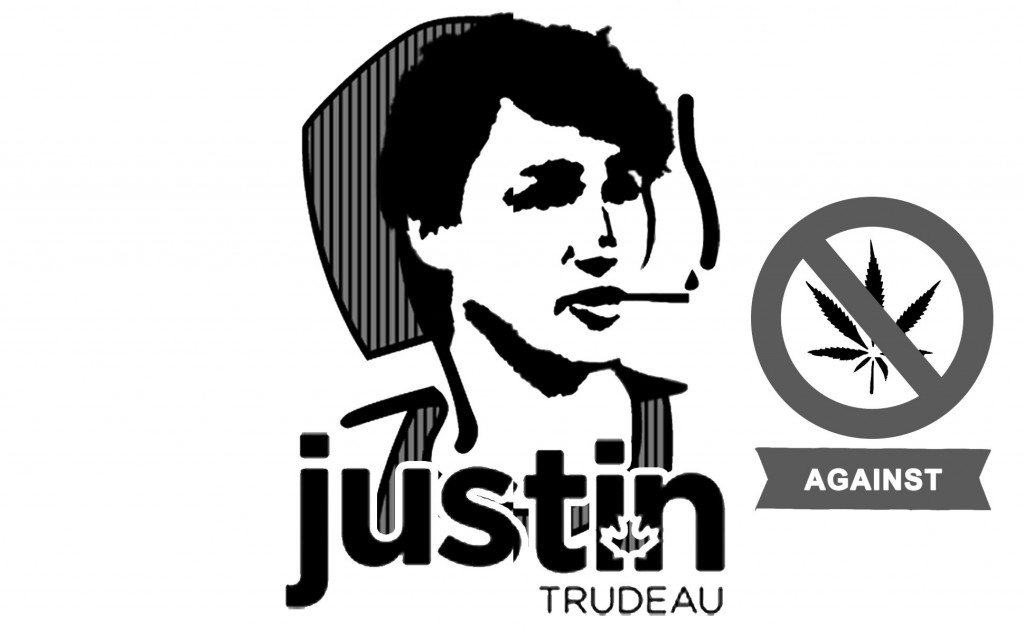 The Hollow Chocolate Easter Bunny That Is Justin Trudeau

The media have been saying that the Justin Trudeau Liberals will legalize marijuana if they get into power. Trudeau has been saying things along those lines, I will admit, but he has promised nothing, and it is not yet an official party policy. True, having a national party actually talk about legalization is a step in the right direction, but it is one small step where ten large steps are needed.

As someone who relies heavily on cannabis to manage my symptoms, and as a 24/7 caregiver to a sick wife who needs it even more, I want to believe them. I really, really do. But I find myself unable to. Like Charlie Brown continually falling for Lucy’s football ruse, the media and much of the public seem to be falling for the Liberal ploy, but I’m not.

Why so incredulous, you ask? Well, maybe it is the fact that I am 45 years old and have been hearing the Liberals promise cannabis law reform every few years since the 1972 Le Dain Commission, only to watch them increase penalties when they are actually in power. People are quick to forget that the contracts for all our new jails were tendered under the Paul Martin administration. The Liberals knew back in the 1990s that the flourishing American Inmate-Manufacturing Industry was looking to move north, and they did what they could to help.

Or maybe it is the fact that they used our tax dollars, and every trick they could think of, to keep people from attaining the legal right to use medical cannabis at the turn of this century. Court battles were hard enough, but hearing Liberals like Anne McLellan talk nonsense in the press week after week was excruciating.

Maybe it is the fact that, after losing this battle, the Liberals dragged their heels, balked at court rulings, ignored the Charter, and had Health Canada implement regulations that they knew beforehand were onerous and likely to be challenged (expensively) in court.

Perhaps it is the fact that some Liberal MPs now tout Health Canada’s medical marijuana program as something “that was started under a Liberal administration,” even though they were forced—kicking and screaming—by the courts to implement it. They worked so hard to keep medicine from people for as long as they could, but now try to take credit for the program’s existence.

Or it could be the fact that when they came up with the ironically named “decriminalization” legislation, Liberal Dan McTeague took the bill down to the U.S. to run it past the Bush Regime before it was even tabled in the House of Commons. The bill itself, as you may recall, would have replaced a criminal record with fines. This kind of system is often called “net-widening,” as far more people get caught, but get softer penalties (something the CPC have said they are considering).

Or maybe I see the fact that a Tory-stacked Senate will allow almost nothing that a Liberal government proposes to get through. I doubt that a Liberal government is going to waste time, effort, and the public’s goodwill fighting the Senate on pot-law reform, when other far less contentious bills have a better chance of getting passed. Politically, I don’t think the Liberals are prepared even to fight for this hill, let alone die on it. A rational argument can be made that there are many agendas more pressing than legalizing cannabis, but the billions saved and generated annually simply by legalizing cannabis would do much to help finance those agendas.

Or it might be the fact that Justin and the party still consider cannabis a “drug,” the use of which – they feel – needs to be greatly reduced. They largely ignore the fact that countries like Israel and Spain are years ahead of us on cannabis-therapeutic scientific research, and they still maintain a Reagan-era attitude that pot is bad and abstinence is best. Couple that with Justin Trudeau’s unscientific worries about cannabis’ mythical “links” to mental illness, and his use of anachronistic terms like “pusher” (as he did last year in a phone interview with the Cornwall Free News), and you see a Liberal Party that is still meandering behind the parade on a crucial issue. And, as usual, they call this ‘behind-the-pack’ position, “leadership.”

Some in the party are talking “tax and regulate,” but they fail to offer any really coherent platform for how that would work. Some are talking about “liquor store” models and arbitrary limits on amounts that people can possess, but I think they are making empty promises. Once in power, the party will likely shelve this “legalization” talk on the first day. It’ll gladly pander to “youth” and sick people in order to get elected, but once in power, it is the lobbyists and the dastardly RCMP who will have the party’s ear.

So, what can we expect from the Liberals? I think we can expect more flowery promises (pun intended) to legalize pot, right through to election night, followed by years of continued promises to “get around to it” as soon as other “more pressing” issues are settled. The mandatory minimum sentences for growing and “trafficking” that were implemented in
November of 2012 by the Harperistas will remain in place, of course. You can count on that.

In the meantime, they will wait for a court ruling to legalize pot for them (see abortion, same-sex-marriage, and medical cannabis for details), and then legislate after the fact. Then they will take credit for “legalizing” pot, and the media will let them do it.

If the Grits ever do table a bill to “legalize” pot, it will likely be Tobacco 2.0. There will be a legal commercial market competing with a flourishing underground market, limits on home growing, cops bugging everyone even more than they do now, and endless media balderdash.

That is what I see coming.