Deprecated: The $control_id argument is deprecated since version 3.5.0! in /home/oq5ayjaeetjt/public_html/wp-content/plugins/elementor/modules/dev-tools/deprecation.php on line 304
 Horses v Carts: How The Public is Mislead on the Subject of Medical Cannabis - Cannabis Digest
Skip to content

In 2003 Anne McLellan, Canada’s then health Minister, announced the advent of government-provided medical cannabis to be grown in Flin Flon, Manitoba.  Quoted in response, was Sgt. Glen Hayden of Edmonton, who said: “the government is putting the cart before the horse.”  In March 2015, the Pennsylvania Medical Society published a white paper on implementing a medical marijuana program.  They didn’t recommend it.  That would be, they said, “like putting the cart before the horse.”  In June 2015, JAMA, the Journal of the American Medical Association, published an editorial on medical cannabis.  Written by Dr. Deepak Cyril De Souza, it was entitled: Medical Marijuana: Is the Cart Before the Horse?”  He recommended rejecting “marijuana” until we have “high quality evidence” that emerges from “a rational approved process.”  He concluded:  “It is time to put the horse before the Cart.”  This phrase has since risen wildly in popularity.  It was repeated in a recent editorial published by The Canadian Association of Retired Persons (CARP), and appears endlessly in major newspapers, and on broadcast media.  A Google search on ‘cannabis cart before horse’ will provide you with sufficient reading material, preferably by a warm fire, to fill a cold rainy afternoon.  The phrase has attained the status of high, anti-cannabis meme-hood.

In today’s blog I argue that this meme goes to heart of what’s wrong with modern society’s understanding of ‘science,’ and calls into question whether doctors should be asked to play a major, mandated role in recommending cannabis.  Let’s look first at what most of us have been taught.  Here’s the standard story: all technology, including medicine, is an application of science.  Put differently, science, meaning ‘speculation and formal experimentation,’ happens first: techniques for how to solve problems come along later.  Similarly, practical ways of doing things, like healing people, are products derived from primary work carried out by people in white, with a half dozen or more letters after their names.

In 1964 historian Jacques Ellul published: The technological Society.  An iconic study, it provides clear evidence that this view is false.  The ancient Greeks and Romans had technology.  They had weapons.  They had building techniques.  They had applied mathematics.  They had well-established medical practices and practitioners. But none of these things came out of the speculative science for which the Greeks are best known.  They were the product of something much more fundamental: creative tinkering in the service of solving practical problems.  Similarly, coal-fired steam, the key driver of the industrial revolution, was not the product of science.  Far before the Roman Invasion, the people of Old Britain were finding coal onshore, protruding from the ground.  They played with it, discovered they could burn it, and turned it into a superb producer of heat.  Steam power had been around since the first century AD.  In the 16th and 17th centuries creative tinkerers began to play with it in earnest.  Meanwhile metal artisans made cylinders.  By the early 1600s, half a dozen Spanish and French hobbyists, via trial and error, had developed some form of steam engine.  The scientific theory on steam techniques came in the 1800s, two centuries later. 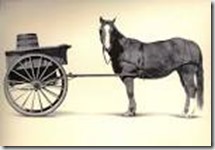 Moreover, when creative tinkering has not yet discovered means, science does not advance.  Take penicillin, for example, the medical miracle of the 1940s.  In 1897, Ernest Duchene submitted a paper for his doctoral thesis at L’école de Service de Santé Militaire de Lyons.  It was based on his work with molds.  He demonstrated how what he called “Penicillium glaucum” could have important anti-bacterial therapeutic applications.  But Duchene lacked a technique for mass-producing, or storing his discovery.  So it went nowhere.  Ditto with Alexander Fleming, who, in 1928, rediscovered penicillin.  It took creative tinkerers in the 1940s to resolve these issues.  Indeed, imagine the development of human flight had the first men wearing artificial wings been arrested and prosecuted with these words: you can’t do that. The science of flying hasn’t been developed yet.  In sum, the history of science teaches us this: hobbyists who like to play with stuff come first.  As the meme goes, thus, they’re the horse.  And people engaged in abstract theory come later.  They’re the cart.

The call for medical cannabis to trudge dutifully behind science, thus, is ignorant.  Cannabis tinkerers have been at work for centuries.  Many have published good observations.  Most have seen or experienced good practical results.  Some have been MDs.  But these days it is the patients who bring these preliminary studies and observations on cannabis to their doctors, the better to obtain a recommendation for it.  All too often, they leave empty handed, confused by ignorant notions of carts placed before horses.  Well, be confused no longer.  It is the passionate students of cannabis—patients, parents of patients, farmers, bakers, and some doctor friends—who are the driving force in cannabis medicine.  If you find yourself feeling trampled, put on a white lab coat.  Make a nametag for it with a few initials after your name: like MCCT (medical cannabis creative tinkerer).  Wear it with pride.  Cannabis culture is in need of a new, post legalization fashion statement anyway.

We must not, of course, entirely blame the medical and scientific communities for the confusion over who’s driving what.  They are, like many of us, victims of modernity.  From medieval scholars in the 13th century to Isaac Newton in the 17th, it was standard practice for writers to state humbly that if they were making progress, it was because their predecessors had provided them with good starting points.  They were merely “dwarves,” they wrote, “standing on the shoulders of giants.”  In the 19th century that notion was turned on its head.  ‘Modern man’ declared himself the giant.  It was the ancients who were dwarves; they were the ones who knew less.  In the contemporary world, technical heroes continue to be portrayed as lone giants.  Steve Jobs invented a bunch of computer stuff by himself it seems, without the help of predecessors or fellow technicians.  We never hear them mentioned.  Modern movie heroes, too, are portrayed as lone giants.  They are masters of martial arts, speakers of multiple languages, and holders of multiple doctorates.  We don’t see them standing on anyone’s shoulders.  ‘Modern Man’ is arrogant.  ‘He’ is also hallucinating.  When you go to see your doctor, he/she expects to be perceived as the giant.  You get to play the dwarf.  For some medical issues that works well enough.  Where it comes to medical cannabis, you mustn’t play along.  In fact, here’s a thought.  Stop being modern altogether.  Modernists are specialists, and there’s way too much of specialization.  Be a Renaissance person, one who performs brilliantly in many areas.  Be a gardener, a medicine maker, a historian, a researcher, a dispensary owner, a businessperson, an activist, and an inventor of cannabis regulations. 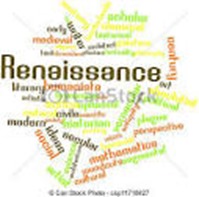 What role, then, should we be asking doctors to play vis a` vis a self styled Renaissance?  I refer especially to the doctors that don’t want to be dragged into it.  Here’s how the Canadian Medical Association has put its current position.  “Physicians cannot be expected to prescribe a drug without the safeguards in place for other medications…without solid evidence, precautions and dosing guidelines.”  The Association does not accept evidence and guidelines provided by dwarves.  Meanwhile, its own guidelines suggest medical cannabis for those over 25 years old only.  This giant is visually impaired.  It can’t see the kids who need this medicine.  We cope with this attitude by asking doctors for recommendations rather than prescriptions.  And we get them to fill in a form indicating a diagnosis.  Now that’s very important.  Non MD medical cannabis practitioners can’t do diagnoses.  They are not trained.  But after filling in our form, the MDs turn us over to our own expertise, or to that of dispensary owners or LPs.  David Hepburn, a local physician and activist who instructs other physicians on medical cannabis, says that he encourages doctors to recommend cannabis, and then to allow patients to self-dose in the manner they find best.  I think patients would agree with this advice.  But it places doctors in an odd position.  We can’t expect them to hurl themselves into cannabis research.  They’ve already been to school; the more specialized, the more years of it.  Yet if they are best off limiting their involvement to filling in the forms, they are, in that sense, being little more than clerks.

Why would professionals want to be clerks?  Some doctors will be keen, and will learn about cannabis.  We honour the doctors who have long supported, and created progress in this area, and those who are willing to prescribe.  But why have a system that pushes reluctant professionals merely to fill in forms if they’d rather not?  It is true, as Hepburn and others have suggested, that if we got the doctors onboard generally, patients would find life easier.  But what if that can’t happen for a long time?  What if the mindset of many conservative doctors will not allow it?  This is a serious question for the patients, with more impact in some parts of Canada and the US than others.

It makes far more sense, I think, to go the diagnosis route, and skip the miserable form filling exercise.  I say, just write it out of the regulations.  Cannabis dispensaries have adopted this practice anyway, requiring only a proof of condition.  LPs can’t do this, but they sometimes rely on doctor recommendations, via Skype, for which patients must pay $300.00 or more, and which have to be renewed at that price each year.  That’s a clerks’ racket.  Then again, you can’t blame them.  Doctors worry they’ll be liable should something go wrong.  Still, qualified help is nice, so here’s a little task, in this new era, for the CAMCD (Canadian Association of Medical Cannabis Dispensaries), and the CMCIA (Canadian Medical Cannabis Industry Association).  Once you’ve figured out how to work together, and are done formalizing regulations for dispensaries, start a certification program for cannabis advisers.  Research online courses, help establish local courses, and provide accreditation for years spent working in compassion clubs.  Take on apprentices.  Team up with herbalists, if the herbalists are interested.  Create a real Renaissance.  After all, as Trudeau the Younger has noted, “it’s 2015.”

By Jamie Shaw Whats in a name? A recent Canadian Medical Association Journal(CMAJ) piece displayed the names of cannabis strains provided by Health Canada Licensed Producers and suggested that many of the names should be changed to be less ‘recreational’ sounding. While on the surface this sounds like sage advice, it actually underlines the deep-seated […]